After four days of fun and learning on the Gulf Coast of Mississippi, we said a final goodbye to our favorite lighthouse…

…and to the beautiful tree sculptures…

…and made our way to New Orleans, on our way home to Texas.

As we walked through the interesting streets surrounding the French Quarter, the Leap Ambassadors were excited for the New Orleans culture we were about to experience. We were very tired and quite hungry, so our first stop was a New Orleans favorite: Café Du Monde. Café Du Monde was established in 1862. It is open 24 hours a day, seven days a week, and only closes on Christmas Day or in the event of a hurricane.

As soon as we sat down, a waiter came hustling up to us. We ordered 12 beignets and hot coffee. For some of us, it was our first time to ever enjoy the famous Café Du Monde beignets and coffee. 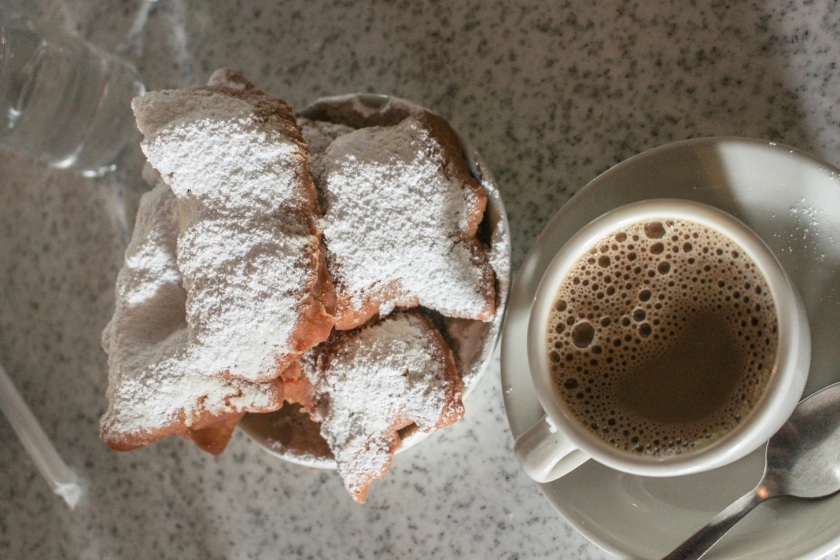 We all enjoyed our delicious treats, maybe even a little too much, based on how much powdered sugar was on our clothing!

With a great sugar rush, we were ready to explore! 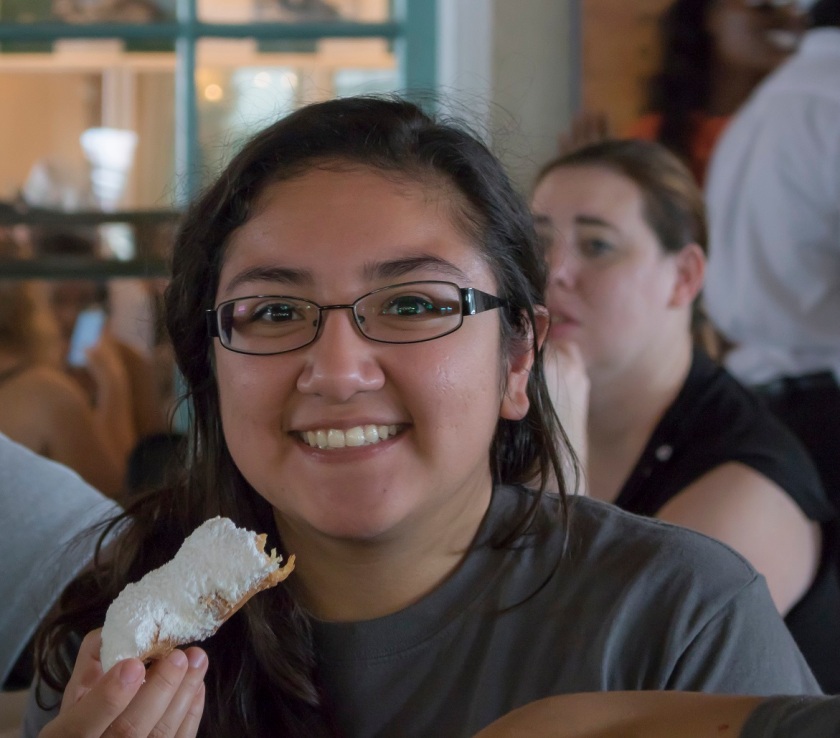 We strolled along the streets of New Orleans until we reached Jackson Square. Jackson Square is located in the French Quarter and is a historical landmark, the site where Andrew Jackson defended US Territory in the War of 1812.

After taking the photos, we headed inside to tour the St. Louis Cathedral.

The cathedral is the third church to be constructed on this site since the year of 1718.

Our guide gave us a very thorough tour of the church, mentioning facts such as there being bodies buried underneath the church, only the three B’s (Bishops, Brides, and Bodies) being allowed through the old front door, and the history behind the mural on the ceiling.

After the captivating rounds, we decided to head down further into the streets of New Orleans to see our favorite dog. The estate of George Rodrigue has a studio located in New Orleans where they exhibit his artwork, many of which sell for us much as $300,000.

As always, there was a variety of Blue Dogs depicted in various scenarios.

Everyone chose their favorite before heading back down to the French Quarter Market.

Among the many vendors in the market there was an assortment of interesting objects: colorful clothing, beaded jewelry, artwork, instruments, and a variety of other knick knacks. Some of the LEAPsters decided to begin their art collection.  Makayla was  captivated by the Weeping Angel statuette and bought several pieces. Interestingly enough, we decided to go look for the sculpture at the Metairie Cemetery, where we found her inside the Hyams mausoleum.

Before the Leap Ambassadors headed home, we decided to make one quick stop for lunch. We drove to the pretty, gray house with purple steps called Boucherie.  Makayla and Beatriz tried Boudin balls for the first time and seemed to enjoy it. Of course, if you’re ever in Louisiana that is the perfect thing to try. For our entrees, we each decided to try something new. Ryan got the New Orleans style BBQ Shrimp Po’boy.  During the trip, we drove past Krispy Kreme donut shops in Mississippi. Each time Makayla and Stephanie would look over and explain that when the light was lit up it meant that costumers got a free, hot donut. It was a trip full of activities so we didn’t have a chance to stop but we made up for it at the Boucherie. They had a Krispy Kreme Bread Pudding. Not only did our donut lovers get a treat, but our bread pudding specialists did as well.

Our last stop of the day was at the Besthoff Sculpture Garden. There we got to see pieces of our favorite art masters such as the LOVE by Robert Indiana…

Among the other artwork, there were other very interesting creations. One of which was the Monkeys by Rona Pondick.

With their contorted figures and grotesque faces, they made an impression on those who happened to study them as thoroughly as we did. With a last glance at the artwork, we said au revoir to New Orleans and decided to head on home, although we could not resist making a last quick pit stop at Rosetree glass blowing studio.

As far as six-day trips go, it was a quick one, with a load of memories, a lot of bonding, and a whole lot of learning.

One thought on “Big Time in the Big Easy”