For our last day at the American Society for Public Administration annual conference, we got an early start so we could squeeze in one last half-day of learning before we made our way out to Rocky Mountain National Park. Again, the Leapsters decided to divide and conquer and tackle two different panels. “Public Service Motivation” and “Social Equity and Its Importance on Government” were our choices for our last conference day, and they were excellent ones! 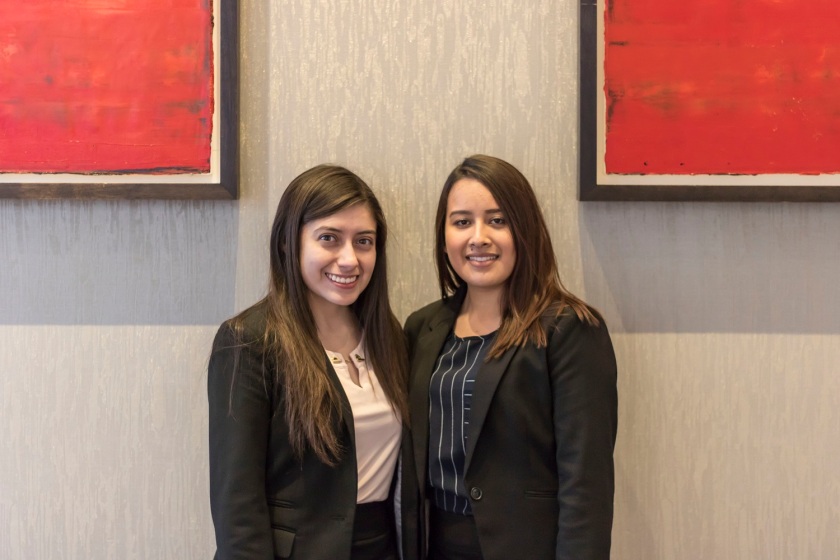 One of our last conference panels was “Public Service Motivation” by Hyeong Ha, a post-doctoral fellow from the Social Science Korea Research Team-Yonsei University in Seoul, Korea, Mehmet Akif Demicioglu, an Assistant Professor at the National University of Singapore, and Taha Maneduddin, a doctoral student at Indiana University.  The panelists focused on different components that affect motivation of employees in public service from organizational image to social media use.

Public service motivation is a rising concept among businesses today, and various sectors have made it their mission to understand how to keep public service involvement by their employees at high levels. There are different ideas that affect motivation, but organizational image actually has a great impact on public employee motivation. Public employees are motivated by the perceived image of the organization as a whole. If the organization is seen as one with high prestige, then there is more motivation among its employees to serve the public because they have a greater sense of satisfaction when the organization is successful at accomplishing its mission. The image of the institution in this context includes both the internal and external.

Social Equity and Its Impact on Governance by Victoria McClendon-Leggett

In the panel titled “Social Equity and its Impact on Governance,” we heard a variety of presentations from speakers from all over the world.

First was Professor Samantha Larson, University of Wisconsin-Oshkosh, and she demonstrated participatory photomapping software and how it can be used to fix issues in communities. When a picture of an issue in a community is taken, the software will save the photo and plot a point on a map where it was taken so that the local government can address it and come up with a solution.

Second, we heard about affirmative action in Brazilian higher education and how it has helped to combat social inequities across Brazil from Professor Fatima Bayma de Oliveira from the Fundacao Getulio Vargas Foundation in Rio De Janeiro.

Lastly, Professor Annie Miller from the University of Denver addressed how combating social inequity here at home can, in turn, help prevent terrorist organizations from recruiting marginalized American citizens. It was altogether a very interesting and informative panel.

We were disappointed to see the end of the ASPA conference and we couldn’t help but take one more glance behind us as we left. 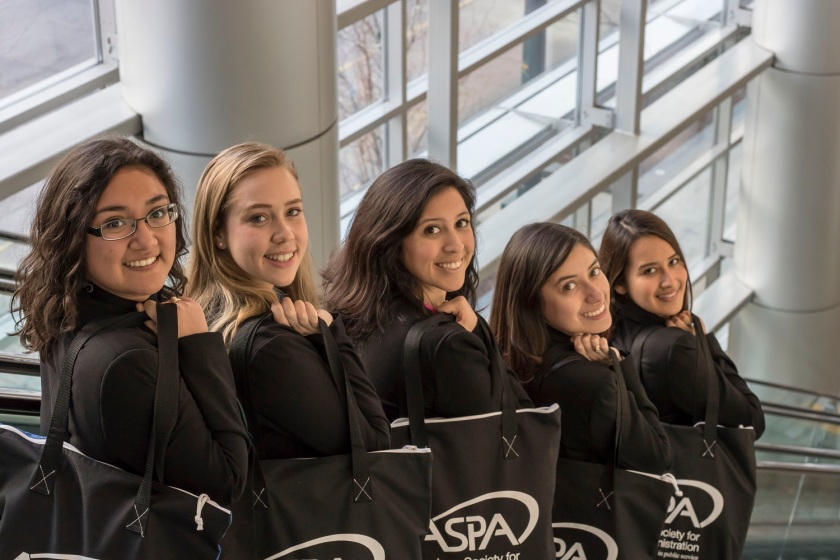 However, that disappointment was short-lived, as we looked forward to visiting a National Park.  Indeed, it made us feel like dancing.

Wildlife, frozen lakes, and snow sleds. Today was the day! Our long-awaited trek to the acclaimed Rocky Mountain National Park had arrived. We left our last ASPA panel and headed back to our hotel to change from suits into warmer threads, and hit the road.

For some of the LEAP ambassadors this was their eighth visit to a national park, while others among us were first-timers.

Either way, the excitement among the group was palpable. After climbing trails and photographing the snow-covered mountains, we were fortunate enough to spot some of the wildlife that call some of the 358 square miles of park their home.

We admired elk as they grazed and the Steller’s jays with their deep blue colored bodies and black heads. Since it was our first time seeing elk, the Leapsters gave them (and the Leapsters themselves) an extensive photoshoot in their natural habitat… 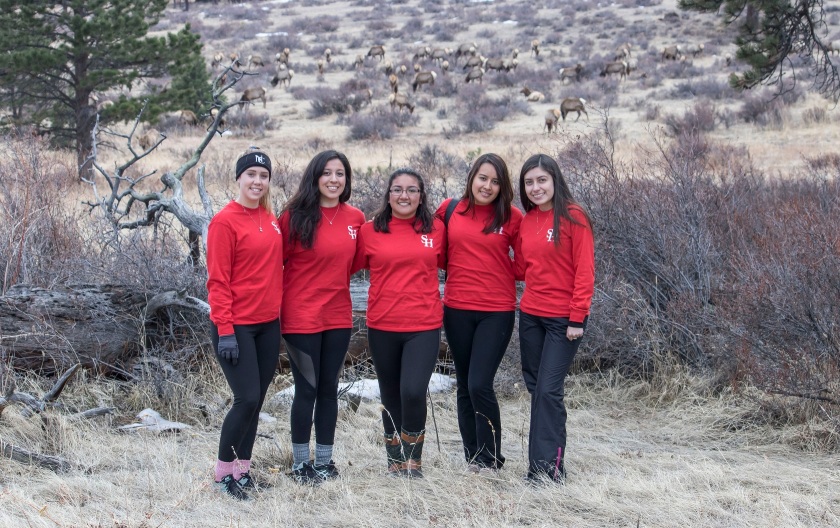 Although we were entranced by the Elk, we continued to look to look to our left, where we saw Longs Peak , which is the highest summit in Rocky Mountain National Park, standing proudly at over 14,ooo feet.  This peak has a special place in our hearts, because our friend Mark Burns did a wonderful photograph of Longs Peak for his National Parks Photography Project… 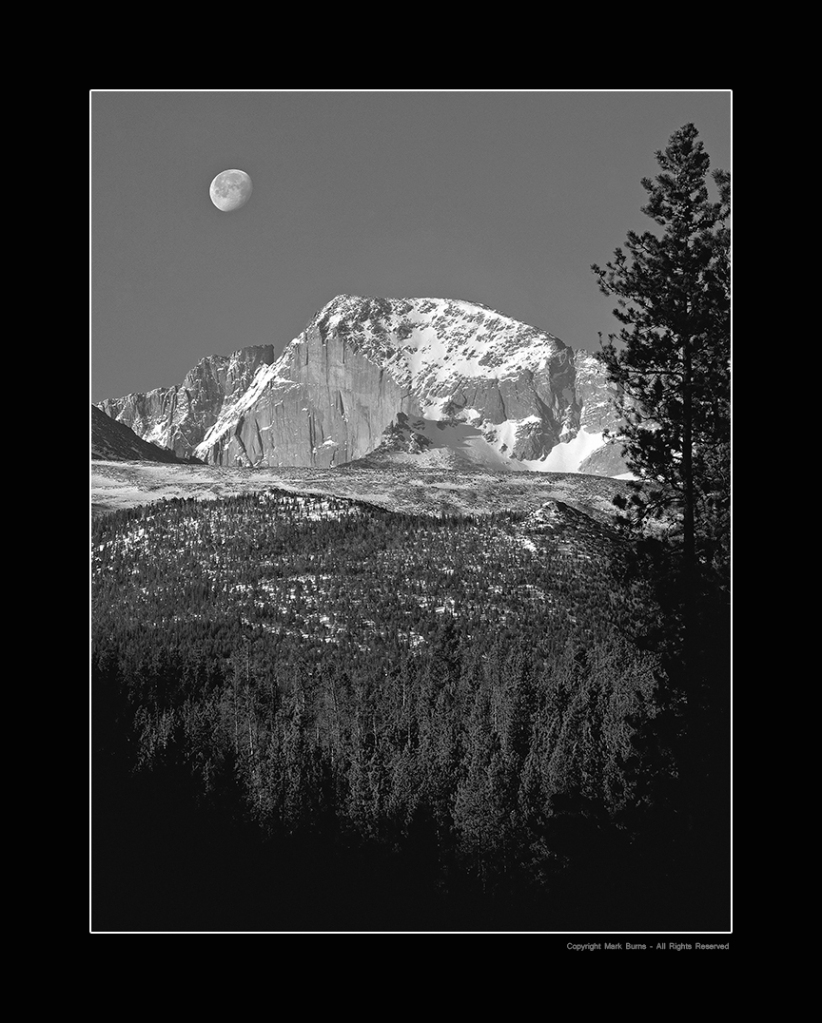 …and one of our favorite paintings from the trip thus far was Birger Sandzen’s version of Long’s Peak. 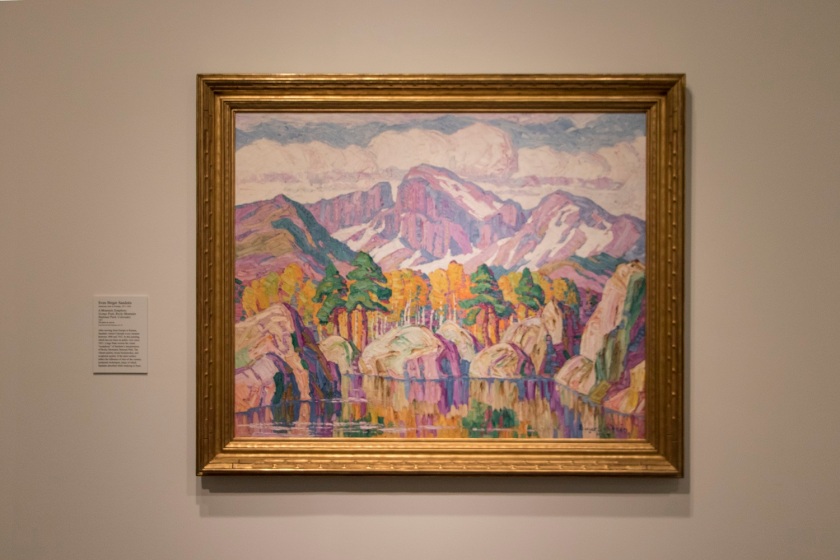 We did get a few photos of our own of Long’s Peak, perhaps emphasizing us than the Peak, but made for a great background! 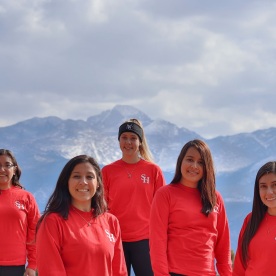 But, really, we had a beautiful backdrop, no matter which direction we turned…

And, we took turns doing our now traditional “LEAP Photo”; by we, I mean Christina Perez…

…and even Professor Yawn…

Although we enjoyed observing the wildlife immensely, we decided to take a break from admiring our surroundings to try our hand at sledding!

After a brief trek out to Bear Lake, we found a good location to hone our sledding skills. Some of the Leapsters were more successful than others, but everyone had a smile on their face, even when they fell.

Our last goal for the day was to photograph the sun as it slipped behind the mountains from across frozen Lake Sprague. Although we barely missed the sunset, we were still fortunate enough to witness some of its vivid colors behind the mountains, and Professor Yawn showed us all how to capture them with a camera even in low light. 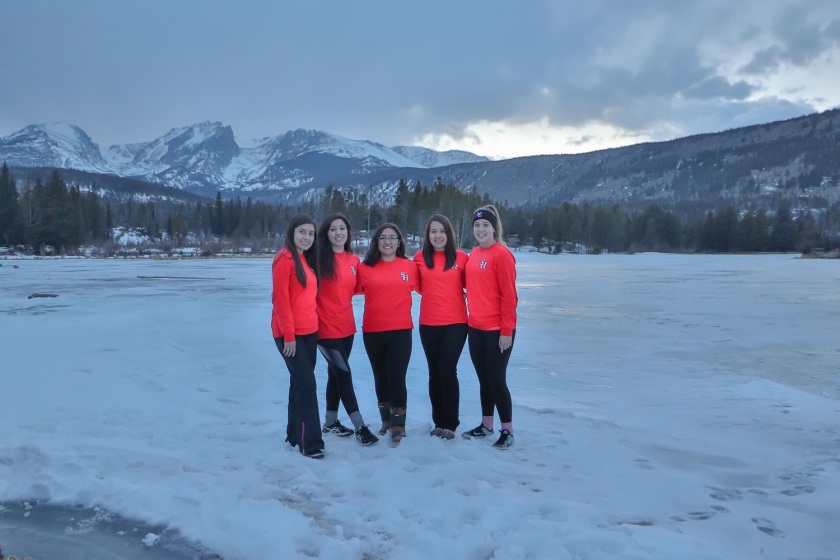 Without a doubt, the Ambassadors agreed that the spectacular views of the mountains were their favorite part of this trip. That magical moment would forever be imprinted in our heads.

In The Mediterranean by Christina Perez

Ravenous after our time spent traipsing around “RoMo” National Park, we decided to pass through a new city to try a new place for dinner. A town of about 108,090, Boulder is home to the University of Colorado, Boulder.

Christina, surprisingly, picked out a Mediterranean place for dinner. It was called “The Mediterranean” or “The Med” for short and it is in the heart of downtown Boulder.

Although we weren’t dressed appropriately for a nicer restaurant they accommodated us without batting an eye. We began our meal by sampling several of their tasty tapas including Burrata Caprese, Ratatouille, Falafel, Baba Ganouj.

Our entrée, Paella, was served family style so we all shared the Spanish dish. Paella is traditionally cooked with a variety of different meats and seafoods in one dish, and ours consisted of chicken, shrimp, muscles, chorizo, and clams over Spanish rice. 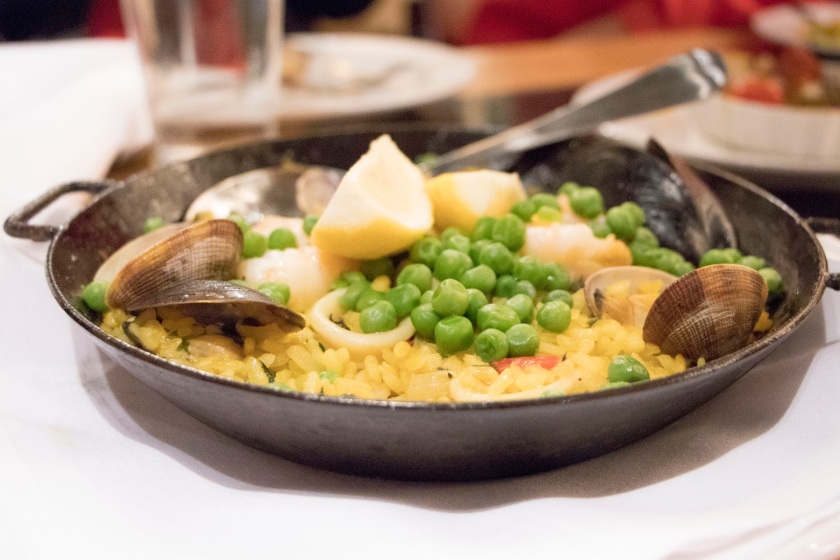 While we finished up dinner we celebrated the success of one of our own. Karla, a senior LEAP Ambassador, had just received her first acceptance letter to law school earlier in the afternoon!

We left Boulder with big smiles and full hearts ready to make the most of the second half of our ten-day trip.