It was the last day that we would spend in Denver, Colorado. After four days attending the American Society of Public Administration, exciting hikes, and various art museums, today, would be our last opportunity to fit in as many activities as possible and we definitely took the opportunity!

In preparation for the day, we wore our trip shirts, making us identifiable as SHSU students.  Almost every day we do this on a trip, we are asked, “Are you art majors?”  Our answer is no, but based on our activities, it is a reasonable question.

The American Museum of Western Art by Christina Perez (11)

As many of you know, LEAP began to expand their adventures to the wild west for the first time in January of this year, and with travel come new cultures, foods, and sometimes art. We arrived at our first destination for the day, the American Museum of Western Art. The AMWA officially became a nonprofit art museum in 2010 but the collection had been moved into the Navarre building in the 1990’s.

Earlier on out trip we have had the opportunity to learn about some of the most famous western artist, such as Frederic Remington, Charles Russell, Birger Sandzen, and Otis Dozier.

Each time we visit a new museum, our goal is to learn three new artists and their style of art, so we were looking forward to seeing our favorites as well as expanding our knowledge of names.  As we walked in the art museum, the greeter explained that the AMWA is made up of more than 600 pieces of art from about 180 artists. She added that the museum was salon style, so the art was not in complete chronological order.

The artwork in the first floor was the beginning of western art which started in the early 19th century with artists like George Catlin, Alfred Jacob Miller, and John Mix Stanley. The most well-known landscape artists were also on this floor. We were particularly excited when we saw paintings by Thomas Moran, and Albert Bierstadt. 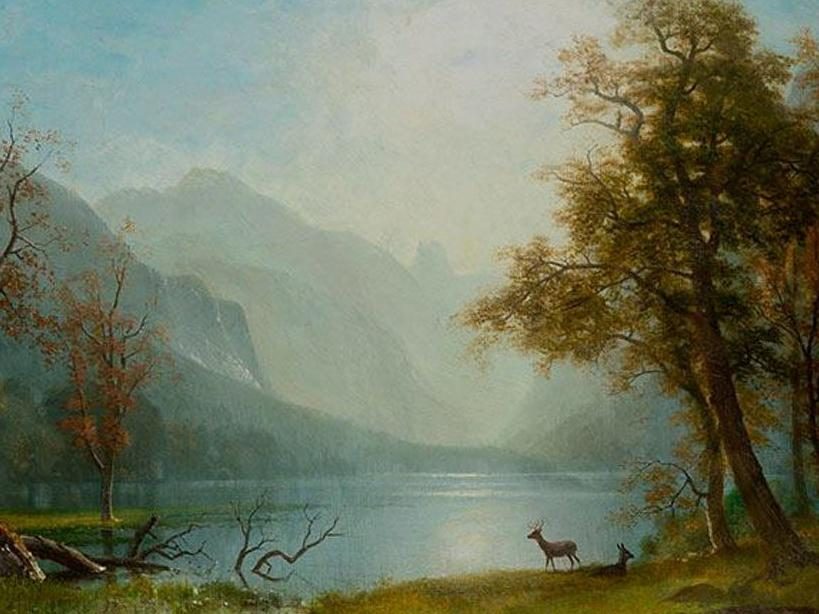 Some of the Leapsters had not been exposed to the Hudson River School artist, Alfred Bierstadt, before. One of our favorite paintings was a prime example of the many risks he took in creating his remarkable landscape paintings which was the “Wind, River, Wyoming”. Of course, Thomas Moran was also among our favorites. One of the largest paintings was Moran’s called “Children of the Mountains” which appealed to your senses by just looking at it. 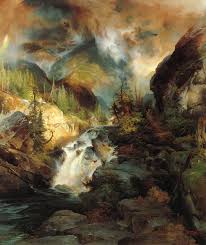 We ventured through the second floor and discovered even more of the next era of western art. The walls were filed with California-inspired art that started in 1948 when the gold rush lured thousands to America. The artists included German immigrant, Christian Nahl, who had little luck with gold but ended up finding his own treasure in art. The third floor also included Thomas Eakins, who is known for his realist paintings and Victoria’s favorite artist: Blumenstein.  The fourth floor was everyone’s favorite since it had many different modern artist, Expressionist, American Regionalism, New Deal Art, Cubism, and Abstract Expressionism. At one point in the gallery, we were happily surprised to find an Edward Hopper painting portraying Moran Mountain. We were used to him creating urban settings. It sure was a treat for the art lovers! As we left the museum, everyone had found a new favorite among the new and old artists. But our learning adventure did not end there!

After a lengthy morning, we were hungry and ready to eat. Beatriz had been charged with finding the right restaurant for our last meal in Denver. She decided it would be fun to try Denver Central Market, a restored old building in the RiNo District. The market offered many different local vendors which gave us a variety of options to choose from such as seafood, Italian, barbeque, and even vegan. I decided to indulge in something different and tried the seafood roll from Tammen’s Fish Market. It was a delicious roll with a combination of lobster, shrimp, and crab.

Bianca went for a pastrami while Beatriz tried the pulled pork sandwich. Overall, it was a great place of us to have lunch with a large variety of options. I personally voted my lunch today among my top 3 while in Denver. Our next art museum would also be among our top favorite art museums. It was the Kirkland Museum!

Our last art museum in Denver, Colorado was the Kirkland Museum of Fine & Decorative Art. The museum exhibits more than 30,000 pieces created by more than 1,500 artists and has an extensive collection of Vance Kirkland, Colorado’s distinguished painter and educator of the 20th century. Kirkland’s art gallery was divided into five periods: Designed Realism,  Surrealism, Dard Edge Abstract/Abstraction of Nature, Abstract Expressionism…

…and the Dot Painting period (not to be confused with Pointillism).

Each period represented a different style of art and the five periods encompassed the evolution of his innovative art through time. Actually, we learned that the first half of his career was marked predominantly by his watercolor art in which he portrayed realistic landscapes of the grand Rocky Mountains.

An interesting point to make is that the museum coordinated the art paintings with the décor of the time period.  One of the artists whose decorative furniture and glassware were present throughout different periods of art was Frank Lloyd Wright. The Ambassadors came to know about Wright’s prolific career through the architectural designs of his iconic houses.

As part of the modern design period were pieces of some of the most legendary artist such as: Dale Chihuly, Isamu Noguchi, Salvador Dalí, Alexander Calder, Roy Lichtenstein…

…and Pablo Picasso, whose lengthy name we learned to be: Pablo Diego José Francisco de Paula Juan Nepomuceno María de los Remedios Cipriano de la Santísima Trinidad Ruiz y Picasso. We certainly prefer to only call him Pablo Picasso! Some of our other favorites is George Ohr’s “burnt babies” and as well Frank Gehry, both of whom we saw during the Southern Legislative Conference in Biloxi, Mississippi.

Our museum tour started and ended with Vance Kirkland. The final exhibit in the museum was his work studio where he created most of his dot abstract art. Interestingly, his artwork was all created in this gallery and in his studio.

Hanging above his worktable were the straps where he spent approximately ten hours a day layering his canvases. We also learned that his extensive art collection has been exhibited in thirteenth countries across the world. Overall, we left satisfied to have admired the art work of numerous well-known artist and to have learned about the work of Vance Kirkland, who we will know remember for having ventured into new styles. 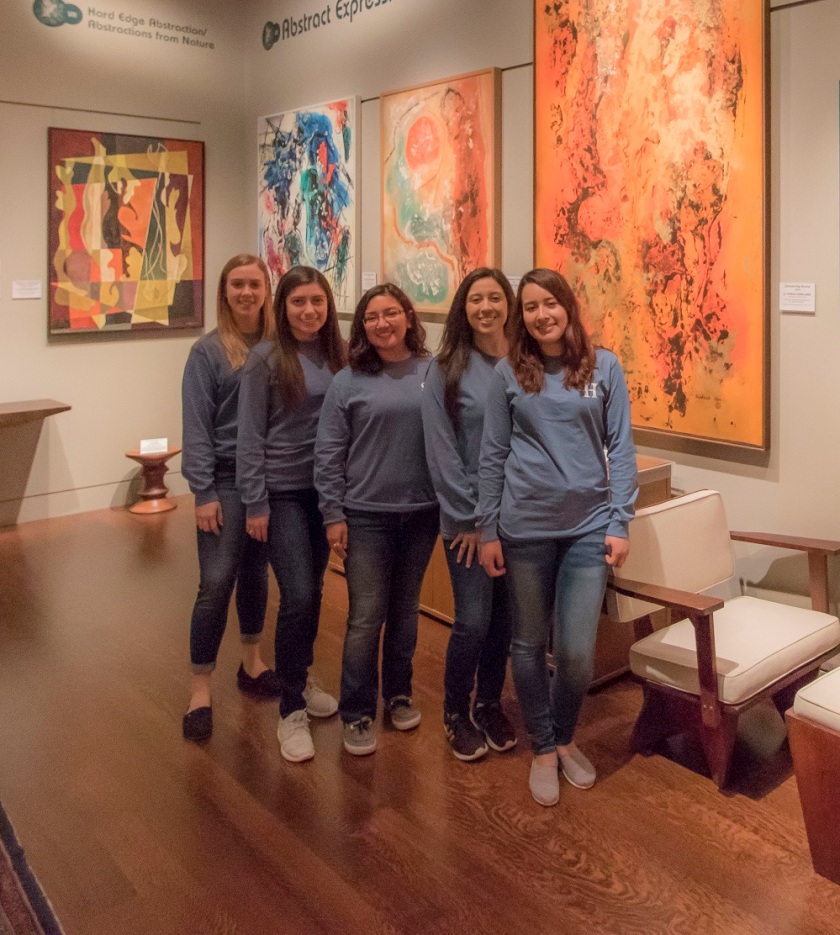 It was finally time to leave, so we traveled overnight in order to reach Santa Fe, New Mexico where we would be able to go skiing… and go to art museums… and explore the beautiful adobe architecture!

One thought on “Are You Art Majors?”