The LEAP Center arrived in San Antonio around noon today and stopped for lunch at a local treasure, Mi Tierra. After navigating through the city to a public parking lot, we made our way around the block to the Historic Downtown Market, where Hispanic heritage runs thick. We checked into Mi Tierra with a 30 minute wait list, so we made the most of it by visiting the local shops and stands.

There were quite a few interesting characters, including but not limited to a dancing lady… 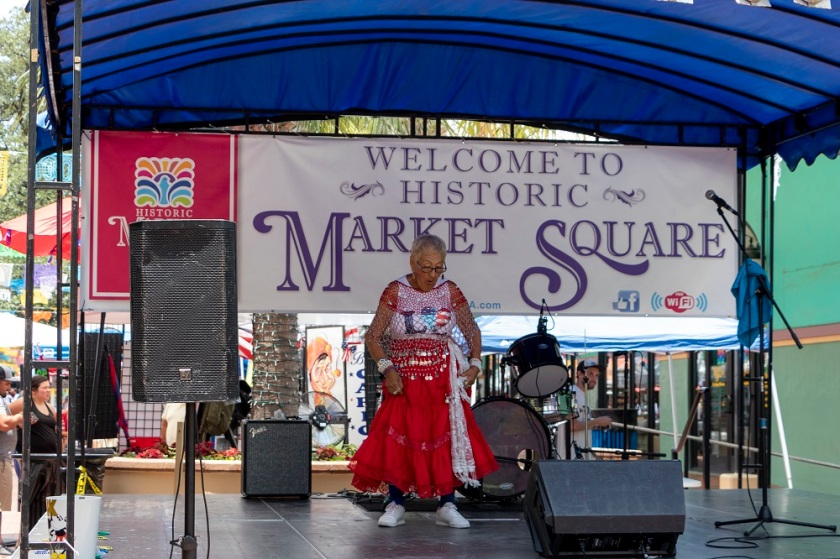 …and a Hispanic Elvis, plus the local food stands smelled amazing. Finally, we made our way back to Professor Yawn in the restaurant lobby just in time: our wait buzzer went off and we were ready to be seated. The restaurant was very colorful, with lights and banners running along the ceiling and walls. 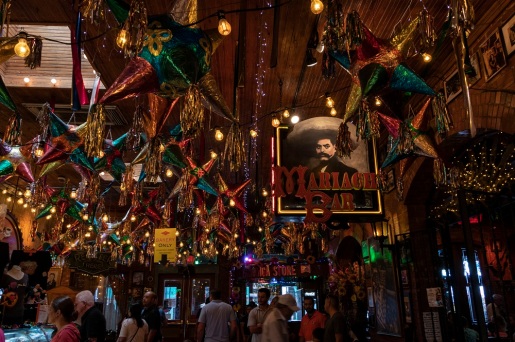 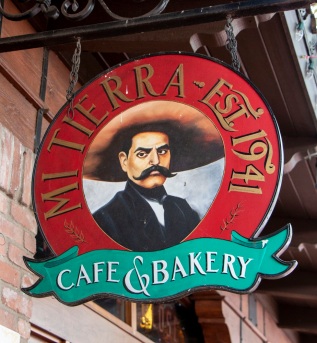 Once we sat down, we all spent a quiet few minutes looking though the menu—everything sounded so good it was hard to make a decision. Professor Yawn ordered queso flameado and guacamole for the table. The queso flameadio was so thick we had cheese-pull competitions, and the guacamole was some of the best I’ve ever had. I ordered the lunch special, enchiladas, but I was so full from our appetizers that I was only able to finish one of the two on my plate. I now understand why the restaurant was so packed!

After we had all that we could possibly eat, we headed out for another stroll through the market, where we found a mechanical bull.  Of course, I couldn’t resist! 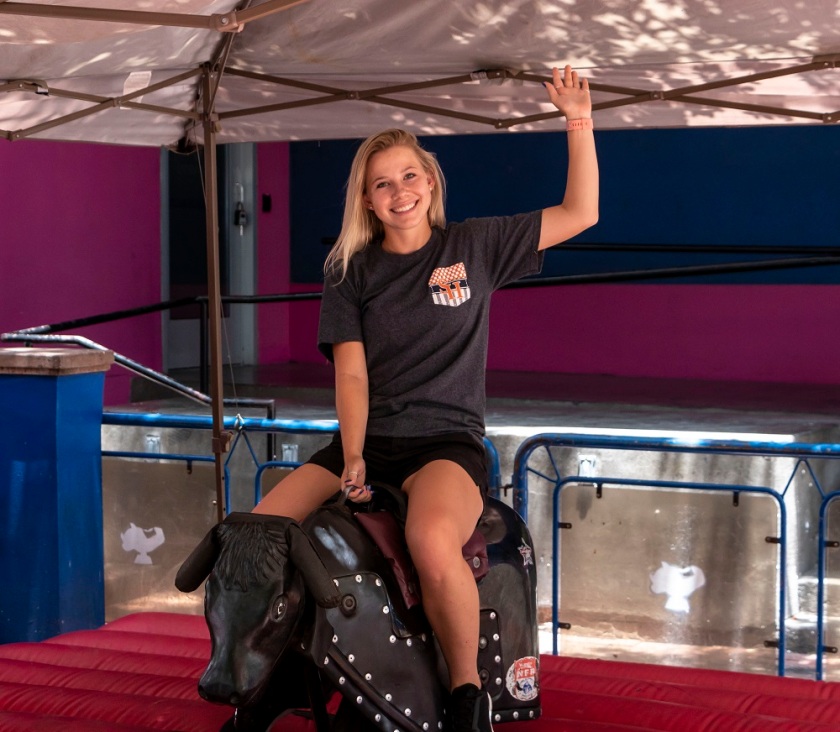 The first interesting thing I noticed about the McNay Museum is the location. The museum was designed as a large house, with each room holding various paintings that flowed together seamlessly, arranged by various characteristics such as color, technique, period and artist. The winding path to get to the entrance of the museum passed by several sculptures by Robert Indiana, George Rickey, and Alexander Liberman, to name a few. 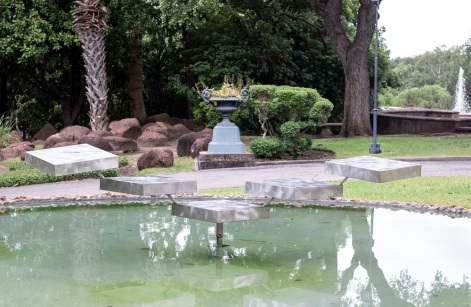 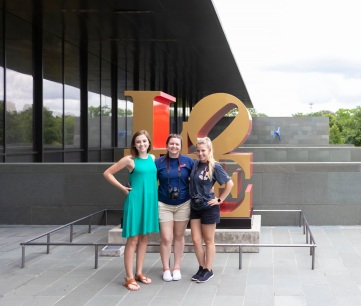 The first piece we saw was the piece by Chris Sauter. Walking in to the enclosed space, circle cutouts allow some light to pour into a small living room set up. In the chairs are circle cluster figures, entitled “dopamine molecules” by Sauter, which he made from the wood he cut out of the walls. 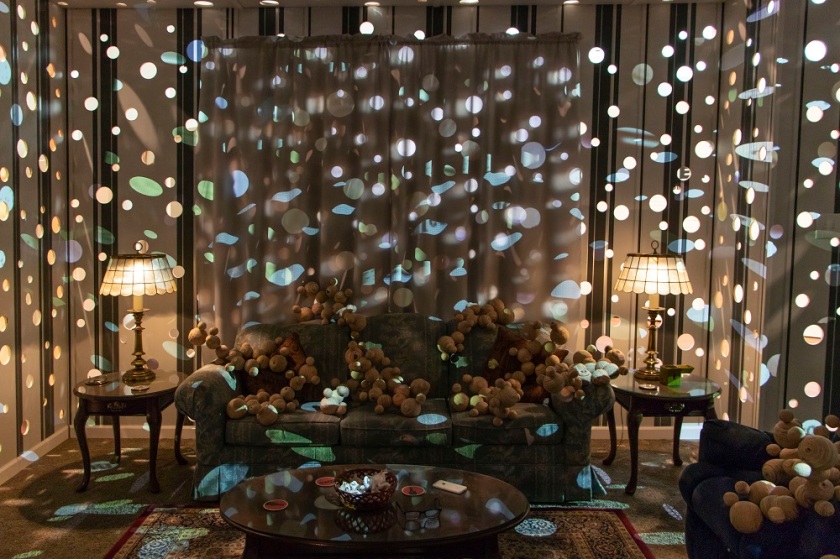 The Shadow Monster by Phillip Worthington was a playful exhibit. Pool noodles, hula hoops and spinning flower props allowed for interesting additions to our figures as a projector casted outlines of the observer on to the wall with fun twists. Our shadows morphed as we moved, forming eyes, tails and ears and transforming us into magical creatures.

One of the interactive pieces in the museum was a light board with different colored pegs. We did our best to spell out SHSU with the letters. 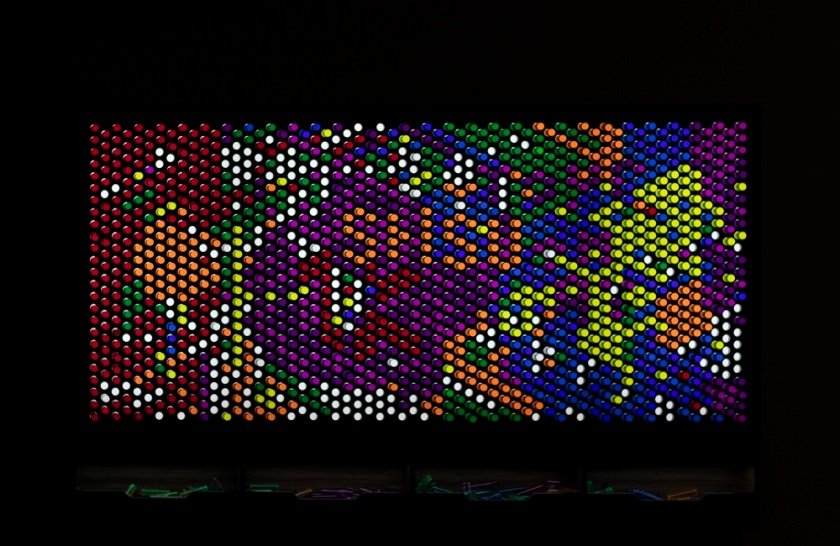 We took a similar marketing strategy to the sequin boards, also at the patrons disposal, making for a truly immersive experience. 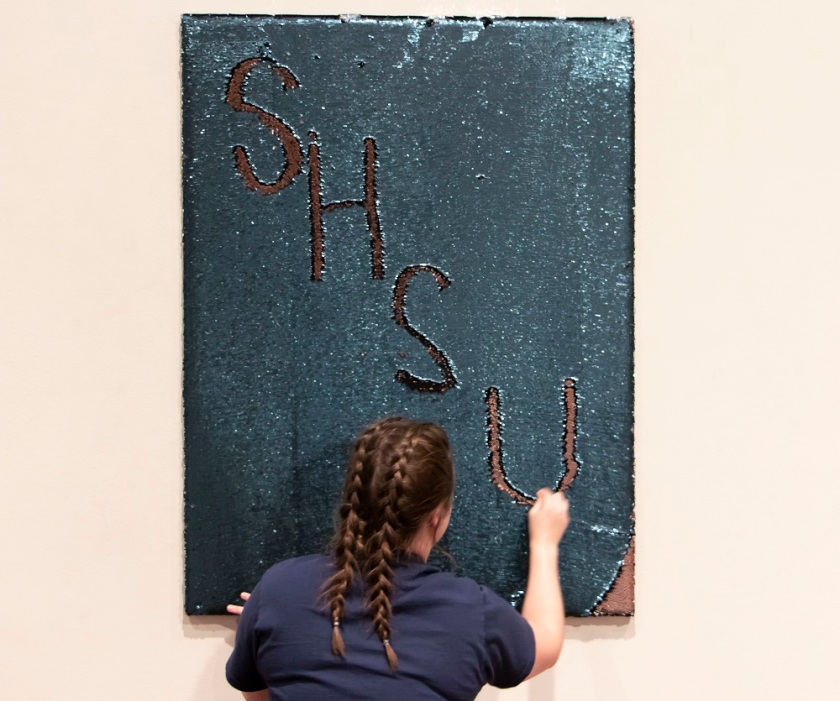 My favorite piece was the Yayoi Kusama piece. We were allowed into an enclosed room lighted by hundreds of hanging candle fixtures.  The walls of the room were covered in mirrors, giving the viewer the perception that the space was infinite. 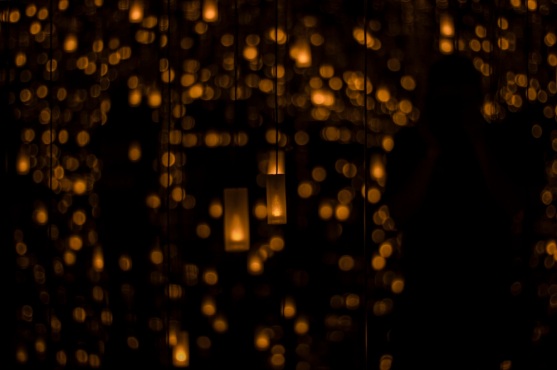 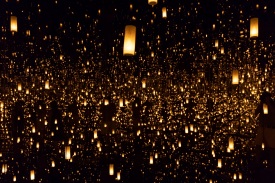 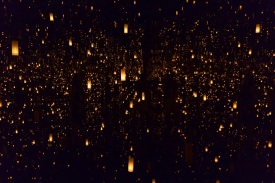 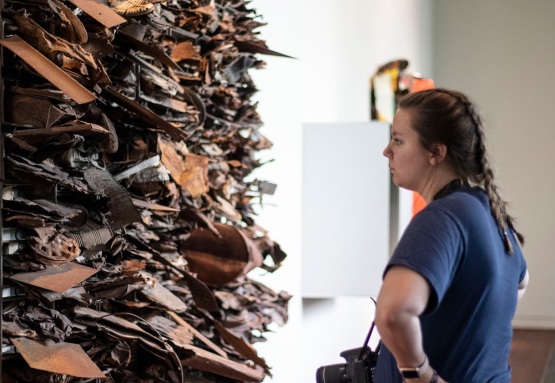 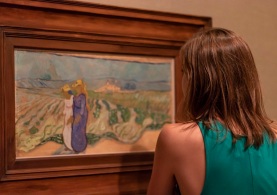 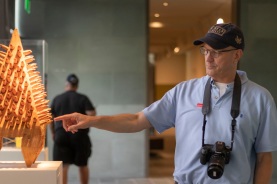 Claude Monet’s “Waterlilies” was my favorite painting among the collection. I was struck by the size of it alone. Since this was my first experience at an art museum, it was amazing to see paintings by Van Gogh, Picasso, and Monet, some of the most well-known and talented artists of all time, all in one place. Another favorite sculpture piece was by Alexander Calder, an artist who specializes in Kinetic art sculptures. 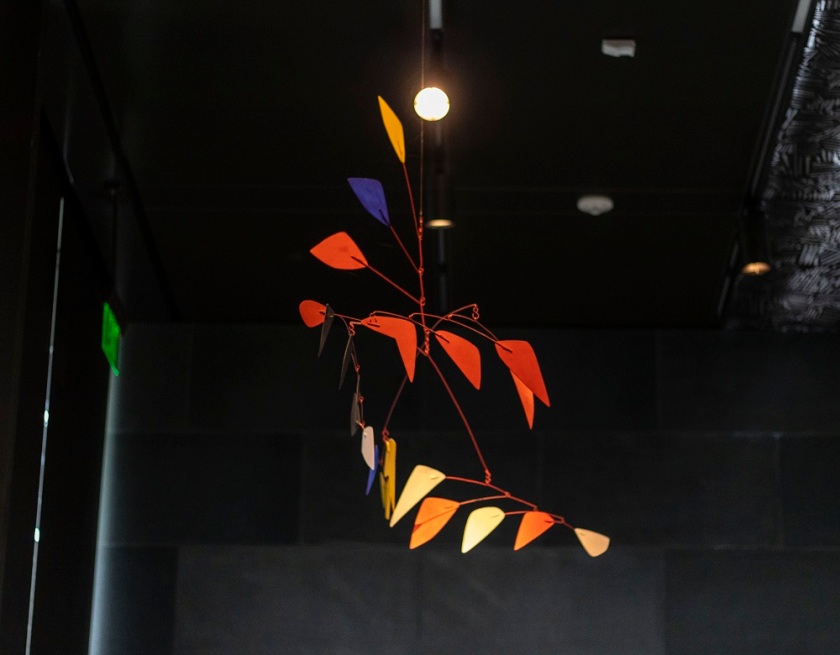 Overall, exploring the McNay museum was an enriching experience that helped me gain a little more familiarity with art.