We wanted our last full day in New England to be memorable, so we made sure we had a memorable day!

As such, the Museum looks much like it has since 1903, when it was established.  The building was designed by Willard Sears, who crafted it to look like a 15th Century Venetian Palace.

The art in the Museum consists of works collected by Gardner during her lifetime (1840-1924).  They are hung salon style, with separate gallery guides for each wall.  Given that the Museum is fairly crowded (at least it was on this Saturday), and that each room contains copious art works, it can be time consuming to ascertain the creator of each art work.

The rooms are beautiful.

And the art is rich, with pieces by artists as diverse as William James, the famous psychologist who painted his brother, writer Henry James…

The Museum was the victim of a 1990 robbery, when 13 paintings were stolen by thieves whose identities are still unknown.  The paintings were never recovered.  Amazingly, the Museum did not have insurance, which seems incomprehensible.  Interestingly, even if it had insurance, it wouldn’t have been able to replace the works with other works–because of Gardner’s legal insistence that the collection never be changed.  So, currently, the Museum simply hangs the empty frames where the 13 masterpieces used to be.

While these frames are a reminder of the world’s most costly burglary, the remainder of the collection evokes the beauty of the still extant works. 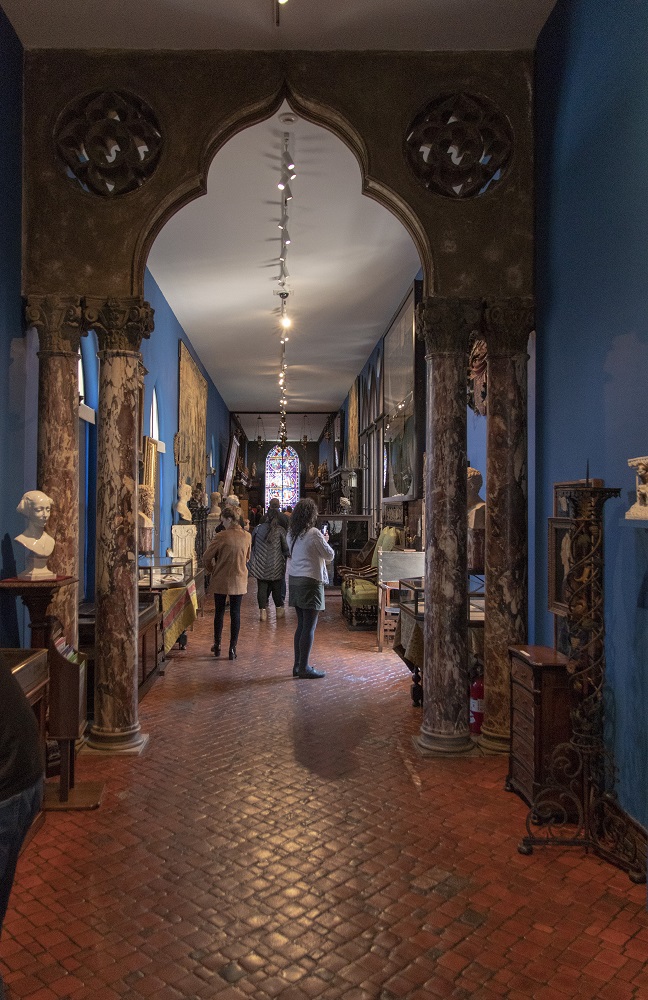 Harvard University was founded in 1636 and has a track record of producing notable attorneys, judges, congressmen, and boasts having contributed to the education of a total of 8 presidents. It is for this reason that the political science students among us were particularly excited to see the campus. 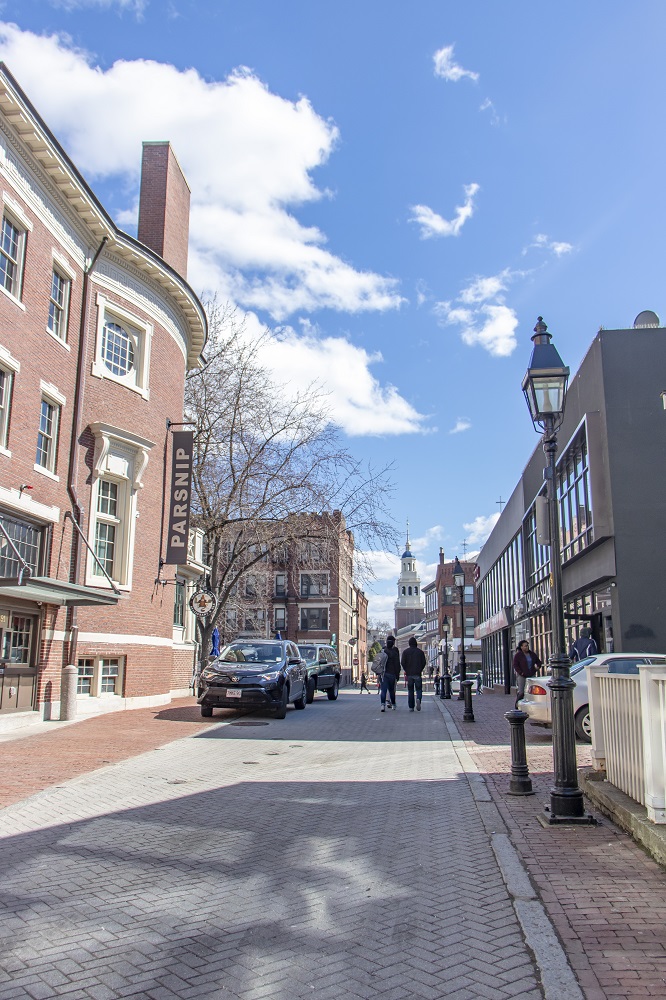 We hopped out of the van with our cameras and were immediately drawn to the buildings lining Harvard Square, which is the most historic location in Cambridge. We found Massachusetts Hall (the oldest building on campus, built in 1720) and the main library before ducking into a small café that faced the square for a reprieve from the blustery winds that made it feel several degrees colder than it actually was. When we got our bearings, we set off across campus with the goal of seeing their law school – one of the most famous in the world. At many universities, the law school is confined to one single building, at Harvard however, it is comprised of several. We were only able to get into the foyer of the law school library to have a look around.

We had done some light research beforehand and read that the views of Cambridge from the terrace on the science building was the best on campus. This proved to be quite true. We stood high up in the gusty wind to capture a few pictures of the area. The only downside to our visit was that because Harvard is such a heavily visited tourist area, many of the buildings were inaccessible without a student I.D. This did not deter us from taking in the atmosphere on campus, though. We were able to see Annenberg Hall, which was one of the prettiest buildings we came across while in Cambridge and is apparently where freshmen students eat their meals.

While on campus, we saw two black sculptures by artists we were already familiar with, one by Alexander Calder…

…and another by Louise Nevelson.

We left the Harvard Square and explored the streets around it, discovering a trompe l’oeil mural done by Joshua Winer that strongly reminded us of some of the works we’ve seen on this trip by muralist Richard Haas.

After a brief respite in the gift shop, we hopped in the van and had a one more stop before our day was over.

As soon as we pulled into the parking lot, our excitement grew when we saw the sun shining on the shimmering slopes of Nashoba Valley Ski Area. We put on our tags, grabbed a tube, and ran to the magic carpet, a conveyer belt that took us to the top. For most of us it was our first time participating in a snow-filled activity, so the anticipation grew even more as we waited our turn.

There were many different lanes that we could choose from, but we leaned more towards the ones that curved and had more potential to send us airborne. 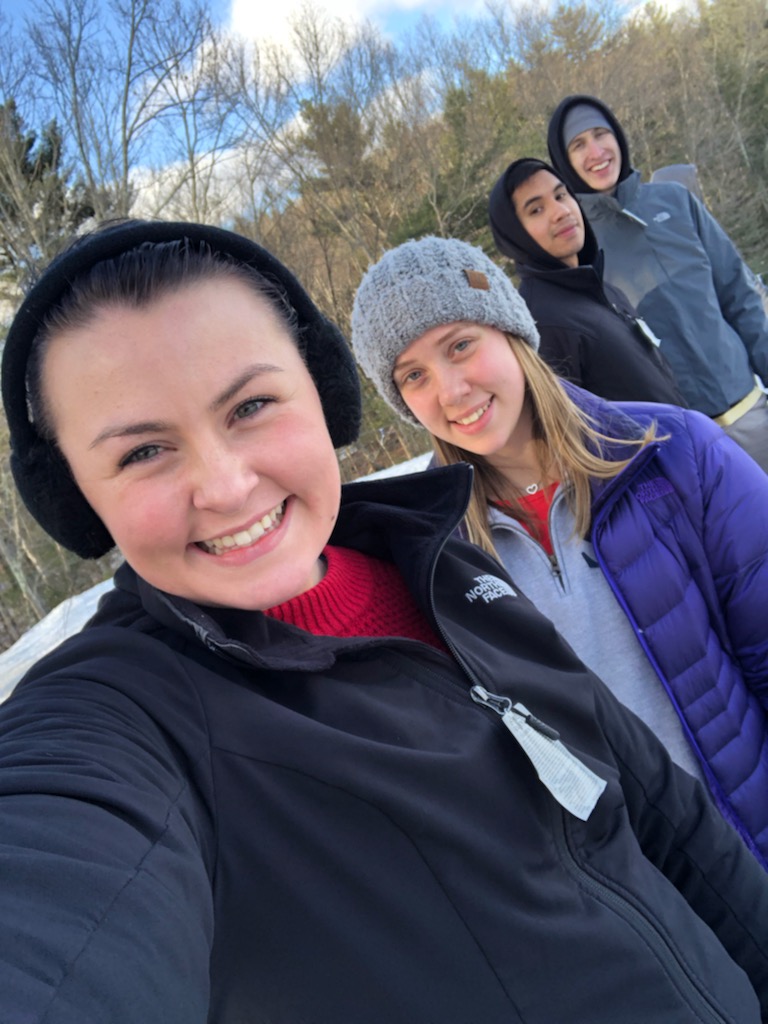 We went down as many times as we could, and would sometimes go down in groups of two, three, or all four, holding on to each other’s feet to stay connected.

The most exciting was going backwards as a group and hitting bumps that sent us soaring a few times on the way down!

As the sun started to set, we sadly made our way off the slopes. We all had windburned faces and were full of bliss from the new experiences and fun we had.

The rapidly setting sun signified the inevitable longing that we were sure to feel from the first day, that our trip in the Northeast was concluding–except for one more stop.

As we were driving back to the hotel, we realized that we were only a few miles from the famous Walden Pond, where Henry David Thoreau went to live for two years.  His time there inspired his “Walden: Or, a Life in the Woods,” a classic of American literature.

Today, it is part of a state park, which contains a model of his cabin and a statue of Thoreau….

…as well as the Pond.

The Pond was partially frozen over, and it–along with the sunset–added to the location’s beauty.

Following Walden Pond, we stopped by the town of Concord, MA for dinner.  Intriguingly, this is also where many famous authors are buried–writers such as Thoreau… 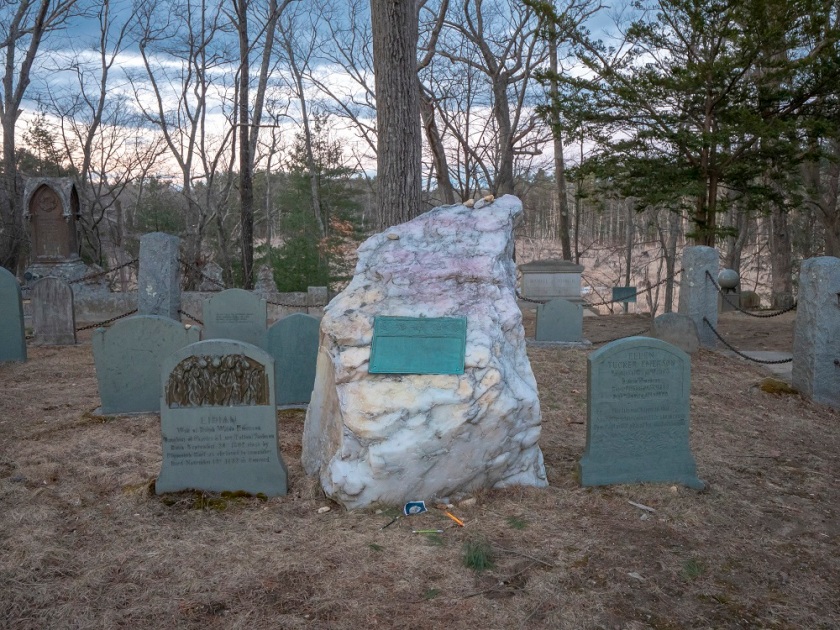 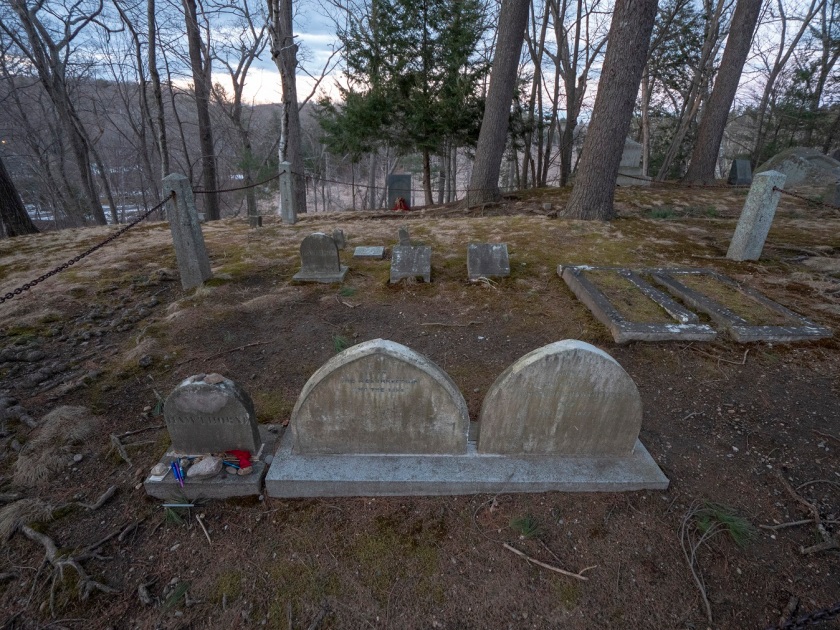 Incongruently, this area, so rich with the presence of 19th century authors, is also the general area where Walter Gropius and his wife decided to build.  The “Gropius House” is a Bauhaus oddity, built with traditional materials while combining a bit of modern and post-modern stylistics.

While somewhat out of character with our day’s explorations, it fit with the overall eclecticism of the trip.