This morning we were up early hoping to catch a good sunrise along the beach, but the weather and foggy conditions did not permit a good sunrise shot.  So…we waited until later in the morning and met Mark Burns at the Chellberg Farm around 7:30am.

The path to the farmhouse was beautiful, taking us through a heavily forested–and very green–area.

We began the day extensively taking photographs of the trees, in the hope of capturing some of the way the light bounced around this wooded area. 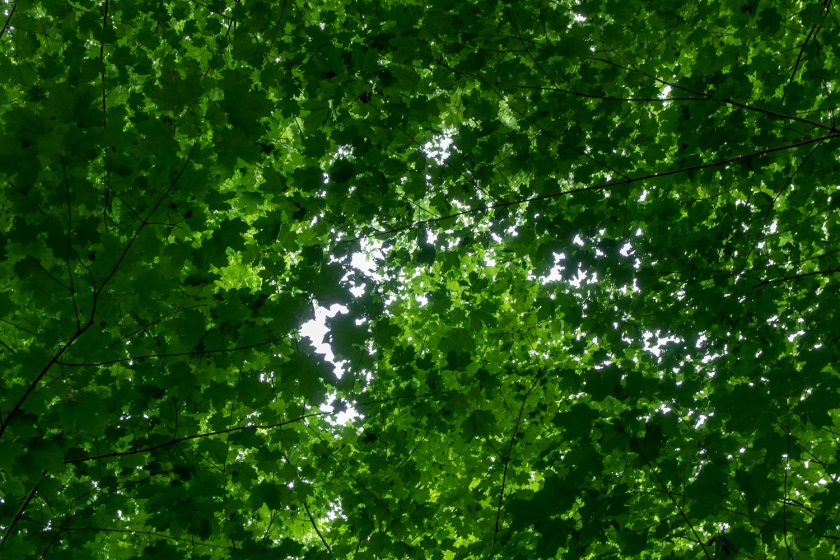 Ultimately, the path led us to the Chellberg farmhouse, which was built in 1885 by a family of Swedish immigrants who lived and worked there for three generations.

On the property there is still an active barn and chicken coop, where we saw workers feed the animals while we were there.

After further investigation, I learned that Anders and Johanna Chellberg along with their youngest son, Charles, moved from Sweden in 1863. In 1869 they purchased 40 acres and built a small wood-framed house that burned down in 1884, leading to the brick home found on the property today.

While talking to Mark about the kind of picture he was looking for, I learned a lot about adding depth to a photograph and finding a composition that creates both light and depth of field.

We experimented with new lenses and filters around the property. 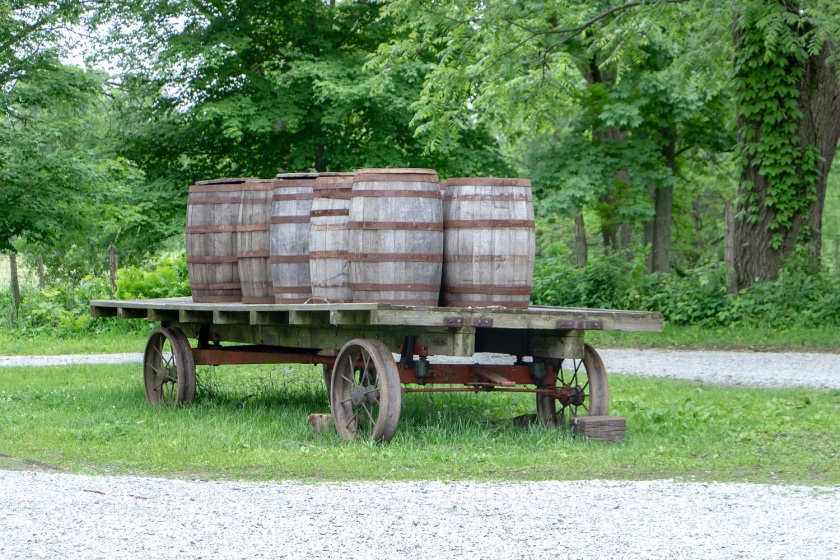 Ilexus worked on continuing to familiarize herself with the camera while I was focused on finding ways to employ our newest telephoto lens.

Our next stop was Portage Lakefront and Riverwalk, where we stopped to get some photographs of the “lighthouse.”

The river walk and pavilion are also now a part of the Indiana Dunes National Park. An interesting fact about the pavilion is that is a Gold LEED certified building. LEED, or Leadership, Energy and Environmental Design is a program that certifies buildings that are designed and developed to minimize their environmental impact.

We traversed the breakwater where we were able to watch a fisherman reel in a big fish, his companion netting it in the breakwater’s edge.

We walked past a large number of fishermen who had already had a successful day on the water and had their catches on a stringer. At the end of the 900-foot breakwater is a good view of a lighthouse boats use to avoid the rocks at the end of the jetty that also marks the entrance to Burns Waterway.

We were able to photograph Mark in a public area where he had to work around others to get his shot of the lighthouse, a much-different setting than the remote National Park locations where we have previously found ourselves working with and learning from Mark.

Sometimes, though, this involved some near-gymnastics to get the desired shot. 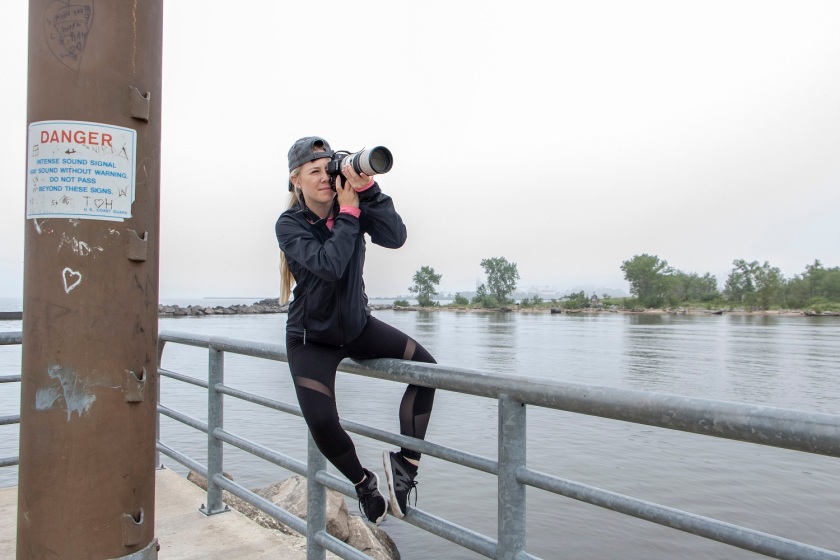 On day two of our Indiana Adventure, LEAP set out to conquer the 3 Dune Challenge. This trail consists of 1.5 miles of the three most difficult sand dunes at the Indiana Dunes State Park, that combine to reach a vertical climb of 552 feet. Undeterred by the steep dunes, we were ready to take on the 3 Dune Challenge, so we set off on our climb. 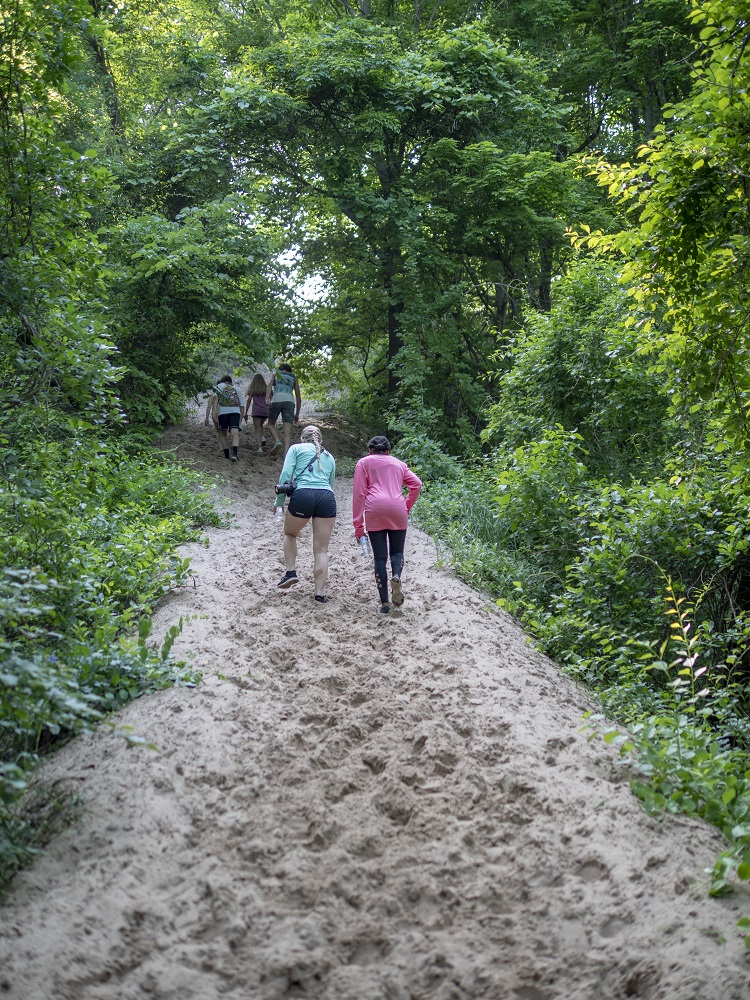 We quickly realized that this challenge upheld its reputation. Despite the difficulty, though, we persevered, and with much heavy panting, we completed our first dune: Mt. Jackson. 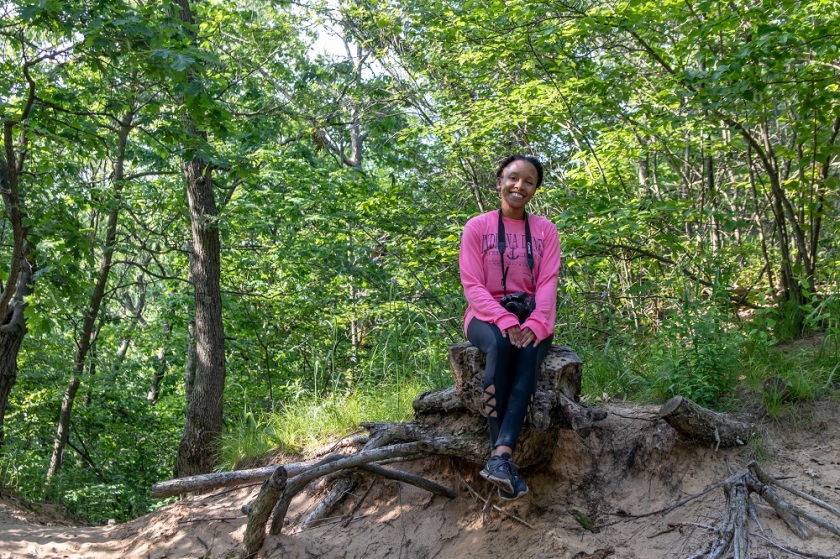 One dune down, two more to go!

Next, we made it to the Mt. Holden marker, at an elevation of 184 feet.

Even though we struggled to climb this dune, the view from the top was breathtaking. Hiking Mt. Holden to be met by a scenic view of the lake was well worth the climb.

Now for our last and final dune.  We took a few pit stops along the way.

We set off and up our last dune. Mt. Tom was the highest of the three dunes with an elevation of 192 feet.  We did not accept defeat – we successfully completed the 3 Dune Challenge!  Feeling accomplished we headed to the Great Marsh Trail.

Next, the LEAPsters set out for what we thought would be a less strenuous trail. The Great Marsh Trail gave us a different perspective of the Indiana Dunes National Park.

This trail did not consist of steep sand dunes, but rather was composed of swamps, marshes, and other native plants. The Great Marsh Trail also happens to be the largest interdunal wetland in the Lake Michigan watershed.

However, we tackled new challenges with this trail. The marshes that lined both sides of the trail soon spilled over into the walking path, making it nearly impossible to walk without standing in puddles of mud. With teamwork (and occasional logs) along the way we managed to make it past the swampy path.

This trail led to an observation deck, where we waited to spot wildlife native to the area. The views of the marsh were beautiful.

Eventually, we spotted two sandhill cranes and other native animals.

We ended our last day in Indiana back at West Beach, in the new National Park portion of the shoreline. And we made it just in time to watch the sunset! It was a truly beautiful sight, watching the sun fade behind Lake Michigan, with occasional glimpses of Chicago’s silhouette hiding behind the fog.

It was mesmerizing to watch the sky change from blue hues to oranges and pinks.

Texas is home and will always have a special place in our hearts, but it is truly amazing to experience other parts of the world.

Thank you for treating us well, Indiana!