Presidential libraries are a favorite stop for LEAP Ambassadors, making the George W. Bush Presidential Center a must-see destinbation during our short time in Dallas.

Once inside, we started with the special exhibit, “Away from the White House: Presidential Retreats.” 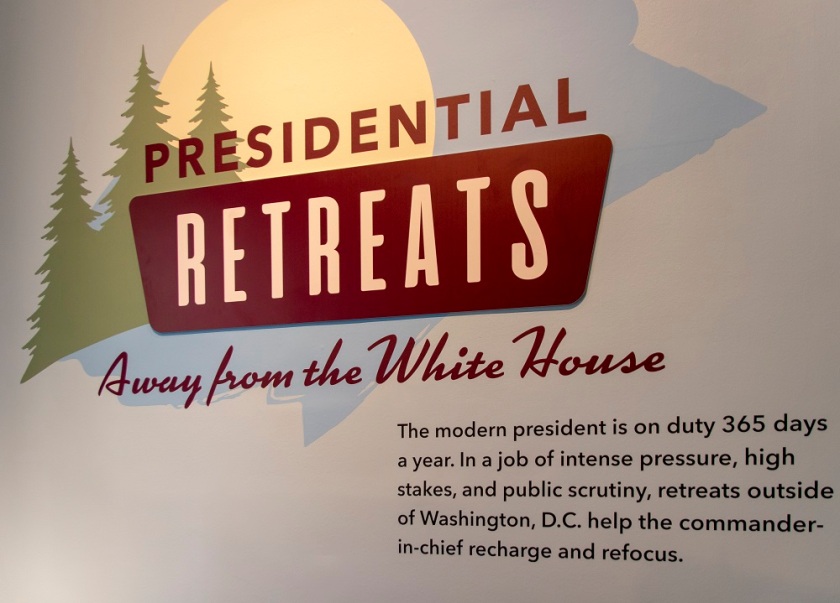 This exhibit was all about the invaluable getaways Presidents have taken over the years to get away from the pressures of the White House. Each President had a special home away from the White House that provided them with a sense of normalcy and time for relaxation and family while maintaining the everyday responsibilities of the President of the United States.

We then made our way into the museum part of the Center. We learned all about President Bush’s life and time while he was in office. Of course, a significant event during Bush’s presidency was the September 11 attacks on the World Trade Center (a.k.a. “9/11”). The museum had on display steel beams from the Twin Towers—which we also had the opportunity to see while at the National September 11 Memorial Museum in New York City this past spring. 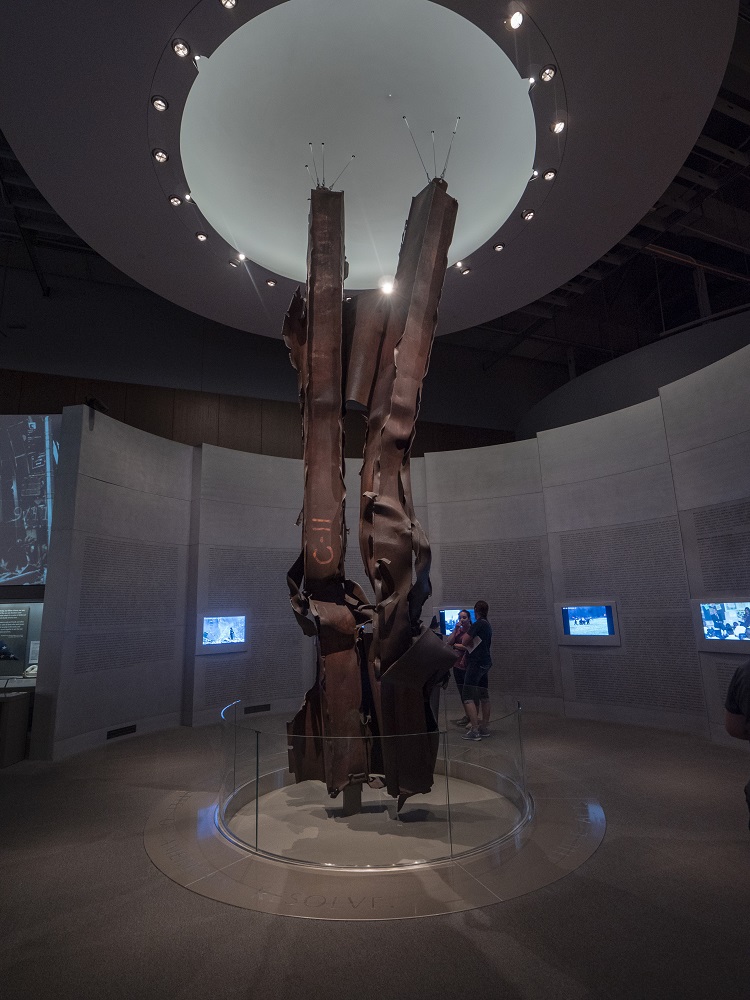 We learned that, in the aftermath of 9/11, the Department of Homeland Security was developed to help foster communication efforts between agencies.  In this information age, it’s hard to comprehend lack of communication and coordination, but it wasn’t that long ago that those barriers existed.

We also had the chance to use interactive technology in a couple of areas in the Center.

In one space, we used touch screens to review decisions made during the War on Terror in Afghanistan and Iraq.

In another, the Decision Points Theater, we had to make a crucial decision regarding Hurricane Katrina as if we were President.

The Center even had a complete replica of the Oval Office.  We took advantage of the opportunity to pose as President…. 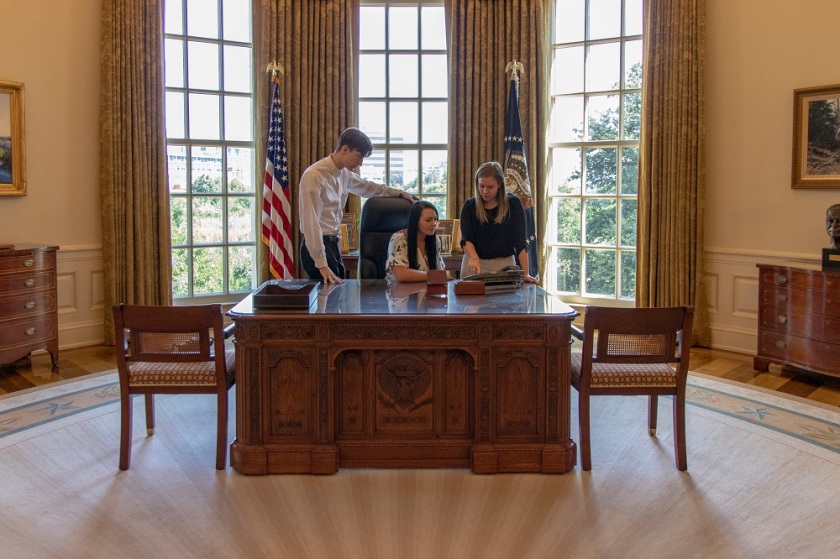 …while checking out the art that Bush highlighted in the Oval Office, such as this piece from Tom Lea. 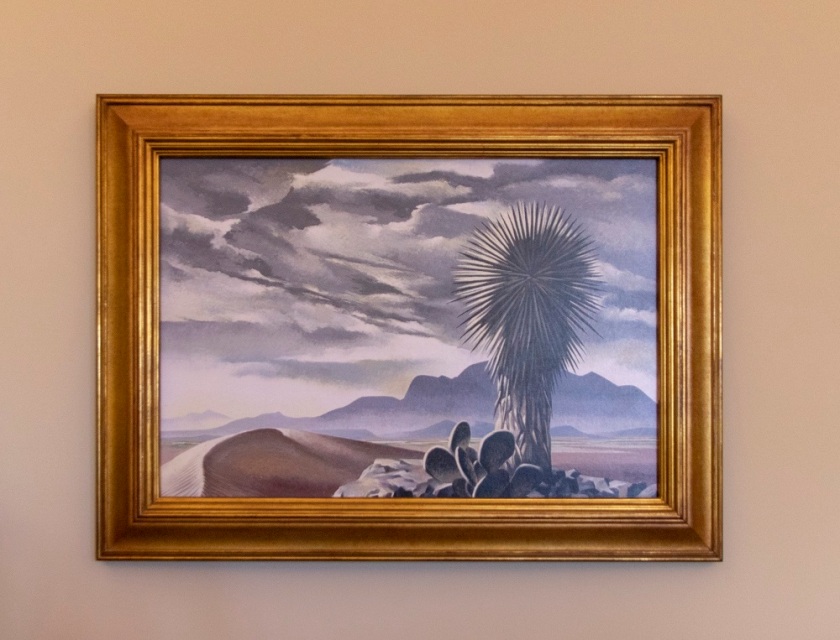 And after our usual visit to the gift shop, we stopped outside for another photo op.

Each of us has now seen four presidential libraries (both Bushes, FDR, and JFK), but LEAP as an organization has seen eight.  We are happy to keep adding to our–and our organization’s–total.