This Leap Day, LEAP ambassadors had the opportunity to attend the 14th Annual Molly Ivins Banquet, hosted by the Walker County Democratics. Held in honor of Molly Ivins, a well-known reporter and political columnist, the Party recognized Ivins as a pioneer in journalism and freedom of speech and the press. 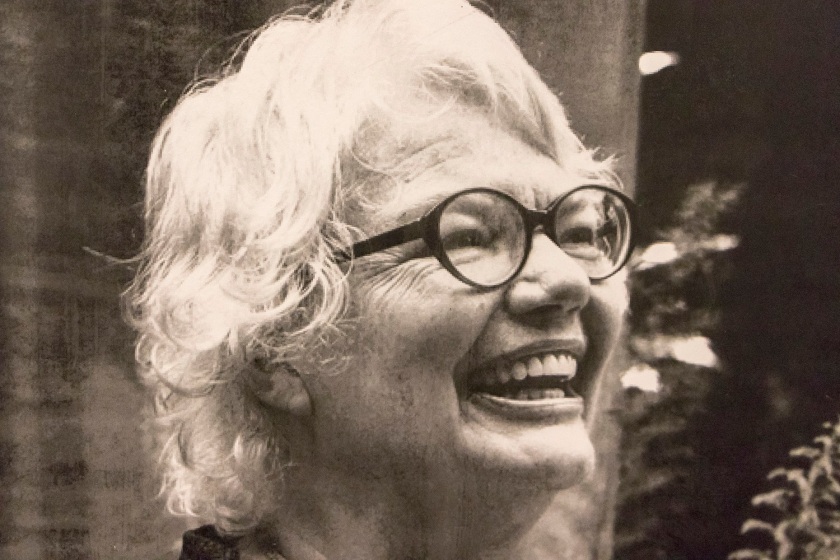 Local Democrats – professors and students, activists and candidates – came together in celebration of the First Amendment at the Katy and E. Don Walker, Sr. Education Center. We were greeted at the door by Walker County  Club Headquarter Coordinator Steve Covington, who checked us in.

We started the evening off mingling with other guests, and observing pictures of Molly Ivins’ life and career. 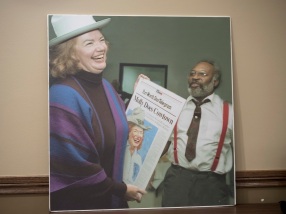 Andie Ho, president of Democratic Club, kicked off the event with an introduction and welcoming to guests, followed by the American and Texan pledges of allegiance.

We then watched a preview of the new Molly Ivins documentary, Raise Hell: The Life and Times of Molly Ivins, which will be released on March 27th of this year. 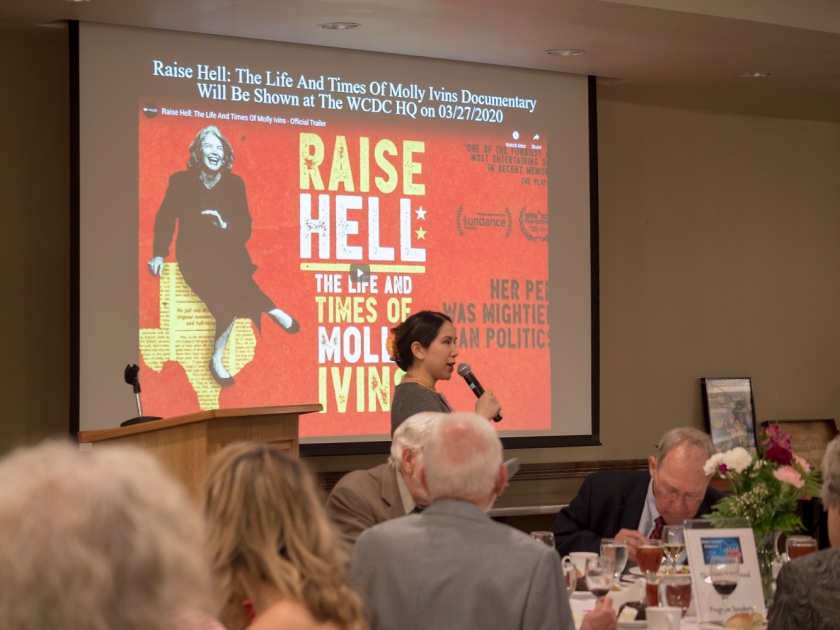 After that we enjoyed dinner and a show; we were treated to a three-course meal and a five-course stump speech, as candidates spoke of what they had to offer, and why we should vote for them. Most of them came prepared with a quote from Molly Ivins. 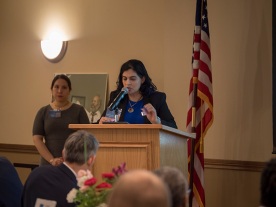 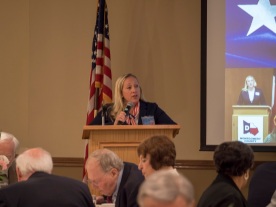 …chicken, topped with diced onions and pineapple, served with a side of mashed potatoes and asparagus, made up the entrée; a personal serving of chocolate cake with whipped cream and berries was served as dessert.

Following dinner, we partook in a toast to the memory and spirit of Molly Ivins, given by Frank Fair; then we were introduced to the guest of honor by WCDP Club Treasurer, Andy Dewees.

The guest of honor and keynote speaker was Dave McNeely, a renowned political columnist in Texas, and Dean of the Texas Capitol Press Corps. 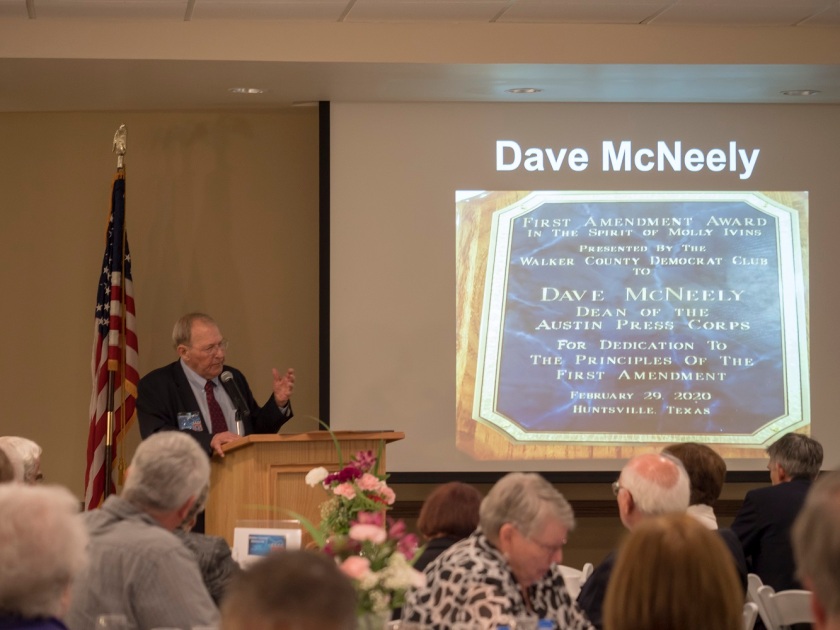 He spoke briefly of his career, and of the history of Texas’ politics, then shared a few personal stories about Molly Ivins. He told us that he once asked her to write an introduction to a book he had written, which she never sent to him. Upon asking her, she told him she wrote it, but did not want it to be published. The foreword consisted of a personal message about McNeely’s late wife, and the respect Ivins had had for her.

Mr. McNeely went on to answer questions about the current political climate, and what he believed would be the best solutions to the lack of engagement of youth, and what Democrats should look out for in future elections. 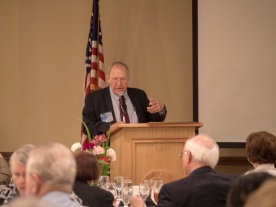 When he was done speaking, Bill Brannon of the Texas Democratic Party spoke to give some remarks, and reminded us that “even though we have to change the world one person at a time, we at least changed that person.”

Once the speakers each held the floor, the event proceeded with a live auction. Much to our dismay, we were unable to bid, as we were not prepared for an auction. Among the items up for bid were a leather bowl with an eagle designed in it… 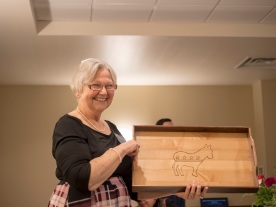 …a succulent garden with gnomes, and the prize I had my eye on: a poster from the musical Dirty Rotten Scoundrels signed by the Broadway cast.

After a few closing remarks, the evening came to an end. We enjoyed ourselves, and appreciated the opportunity to network, speak with and listen to passionate local advocates, and hear from a successful and prominent journalist. 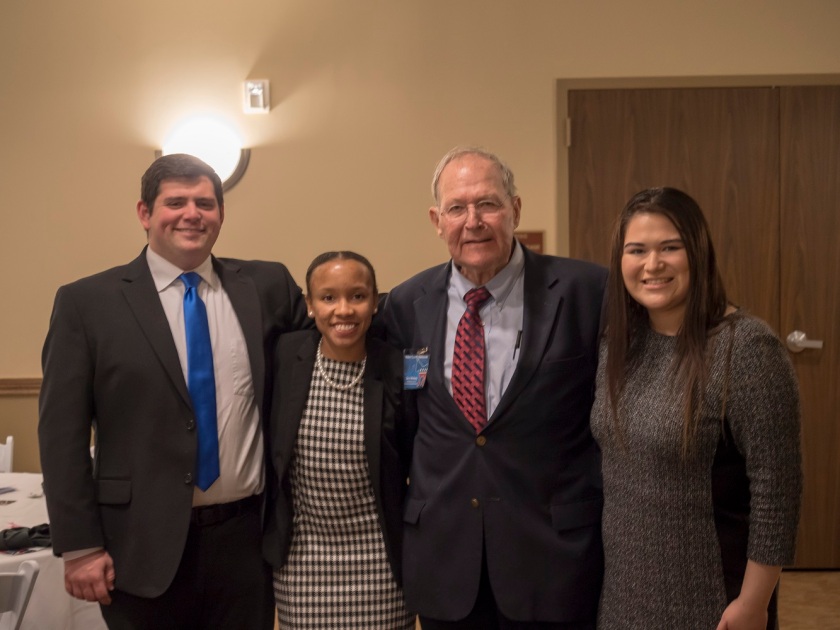 We thank the Walker County Democratic Party for hosting this event, and for having us there to listen, learn, and meet with members of the community.