Just before our evening began, Maryanne Maldonado–the event’s moderator and the Executive Director of the World Affairs Council–revealed that just a few hours prior, individuals were apprehended for an extremist threat in Montgomery County. Learning about this situation was quite startling, making us face the reality of extremist threats, especially since the threat was so close to home.

Thus it was appropriate that tonight’s speaker, Farah Pandith, is a world-renowned expert on combating extremism.

She currently serves as a Special Representative to Muslim Communities. Also, she is a senior fellow at the Council of Foreign Relations and devotes her time to confronting extremism. Additionally, she has served as an appointee to George H.W. Bush, George W. Bush, and the Barack Obama administrations.

According to Farah Pandith, her book, How We Win: How Cutting-Edge Entrepreneurs, Political Visionaries, Enlightened Business Leaders, and Social Media Mavens Can Defeat the Extremist Threat, addresses a very emotional and personal topic that must be dealt with in our society.   This book tells the story of America post 9/11, dealing with extremist threats.

Farah wrote this book out of optimism for the future and gives her personal experience on how to stop the recruitment of young Muslim children into extremist groups. Most of all, Farah Pandith wrote How We Win to activate the conversation surrounding extremists and give solutions on how to create “antibodies’ ‘ or countermeasures in our system to defeat it. 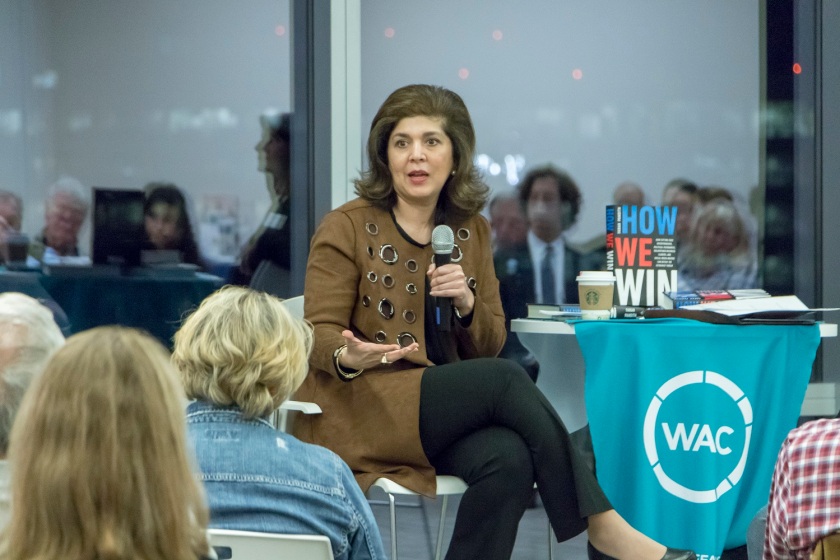 Specifically, Muslim children are questioning their identity, which makes them susceptible to recruitment. Young children of the Islamic faith are questioning what it means to be Muslim in modern society. Extremist groups feed on this “identity crisis” by telling them what to think and how to feel.

In order to combat this, Farah Pandith believes that the solution to this problem involves everyone becoming engaged to fight this growing problem. We must provide the youth with networks of (positive) like-minded people, and give them opportunities to express themselves. However, everyone has the responsibility to ask ourselves, “What can I do to build an understanding and combat this issue?” After you discover your plan, you must act on it. Drawing inspiration from Harry Potter, Farah Pandith stated, “One person cannot boil the ocean, but Dumbledore’s army can.” In other words, it will take effort from everyone to overcome this issue.

After a sobering evening, we were pleased to have a chance to meet Ms. Pandeth… 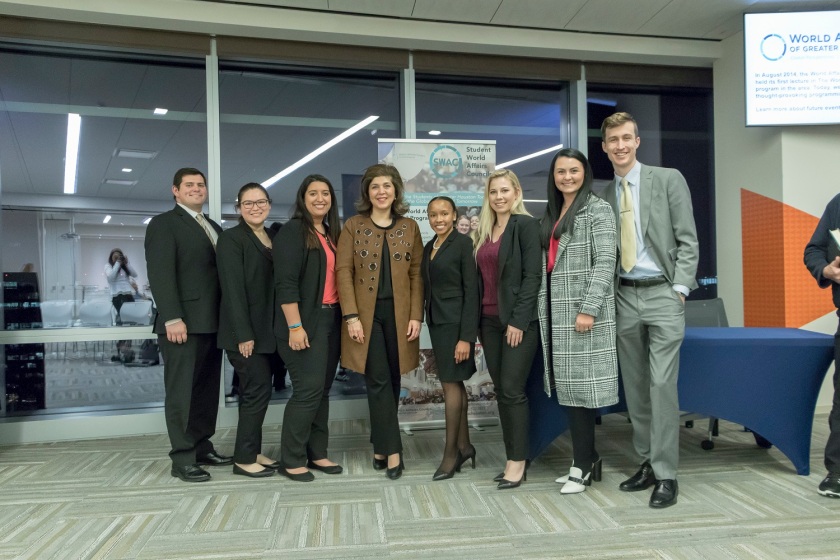 …and we are grateful to the World Affairs Council and their sponsors for free copies of Ms. Pandeth’s book.

For dinner, we opted for a chance to broaden our cultural understanding of the Middle East by  enjoying the delicious Mediterranean cuisine at Dimassi’s Mediterranean Buffet. We enjoyed an assortment of different foods including Hummus, Tabouli, Pasta salad, Grape leaves, and Fatoush. For dessert, we enjoyed Baklava and Namoura. 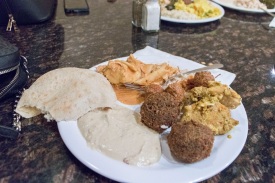 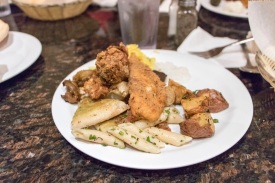 Overall, this event was incredibly educational. It is always a pleasure to attend World Affairs Council Events, and we look forward to attending more in the future!