Monday afternoon, Students headed to Murder By The Book in Houston for a discussion and book signing by author Meg Gardiner. True to MBTB style, the book signing was for Gardiner’s newest release, The Dark Corners of the Night, the third book in a murder mystery/detective crime series.  A former attorney and Stanford graduate, Gardiner is also a three-time Jeopardy winner. 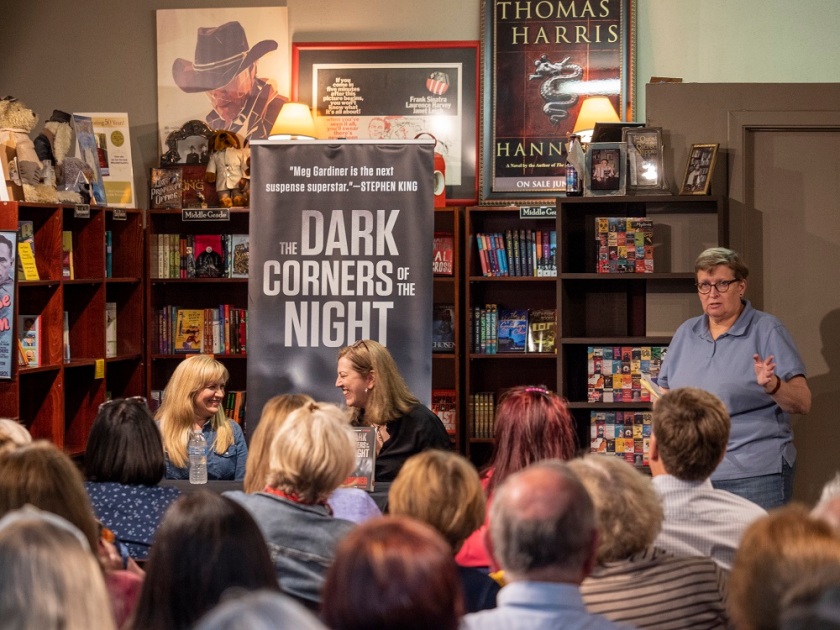 Gardiner is the author of 15 books, the last three of which have featured Caitlin Hendrix, an FBI Behavior Analyst.

Each of these books is based on a real-life serial killer, and her latest features a “Night-Stalker” like killer.

The audience was invited to ask questions as well.  When asked, for example, if she thought of her main character, Caitlin, on an everyday basis, Gardiner said, “yes,” adding that “she is always thinking of what Caitlin would be doing and how she would spend her free time.” 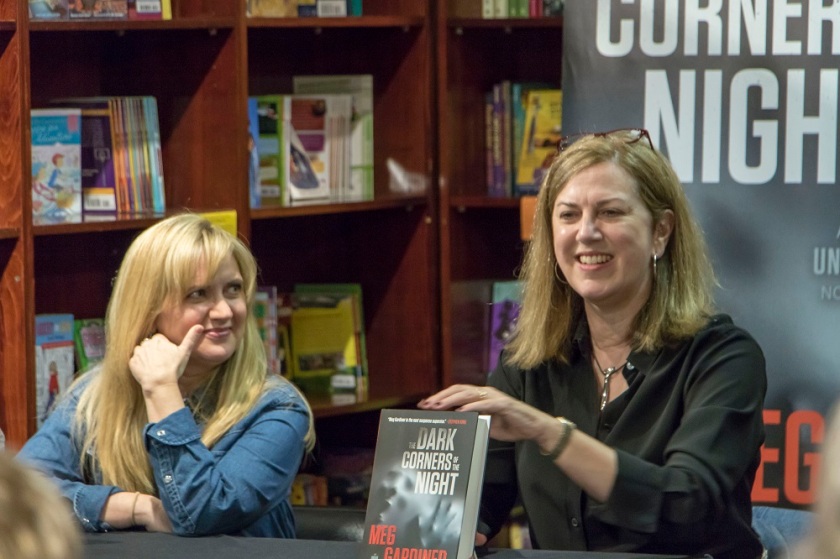 As it turns out, we can all spend a little more time with Caitlin, now that Amazon has purchased the rights to the character and series.

Ms. Gardiner was a sharp presenter, offering crisp and entertaining responses to questions, and she was super accommodating following the discussion. 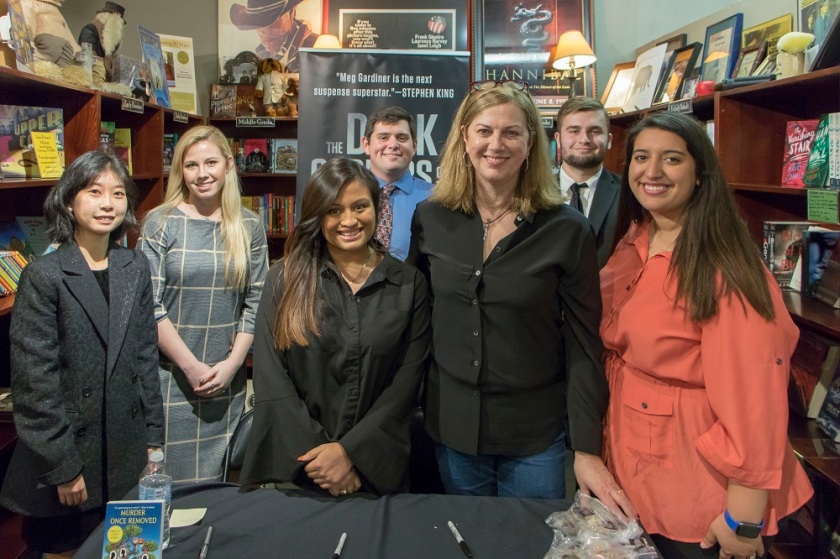 As readers of our blog know, we typically tie our event theme into the restaurant we find for dinner , but Gardiner’s discussion did not have a strong regional tie (serial murder is a universal phenomenon).  Therefore, we went for an easy option: since “Dark Corners of the Mind” was set in California, we followed up the signing with dinner at California Pizza Kitchen.  The pizza kitchen served some good sized pizza portions that most of us had to take home in to-go containers (nothing is better than left over pizza for breakfast). Our table had an arrangement of pizza, pasta, and soup!​ 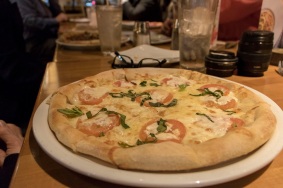