Jean Becker was Chief of Staff to George H. W. Bush for 25 years, and prior to that, she was she was Deputy Press Secretary for Barbara Bush, so she knows the Bush family.  And several of the Bush family joined her on Wednesday to discuss Becker’s new book, “Pearls of Wisdom: Little Pieces of Advice (That Go a Long Way).  The book was “narrated” by Becker but the words, advice, and voice is Barbara Bush.

In addition to Ms. Becker, Neil Bush, Pierce Bush, and Dorothy Bush were on hand (via Zoom) to share stories of Ms. Bush and the advice and guidance she provided. 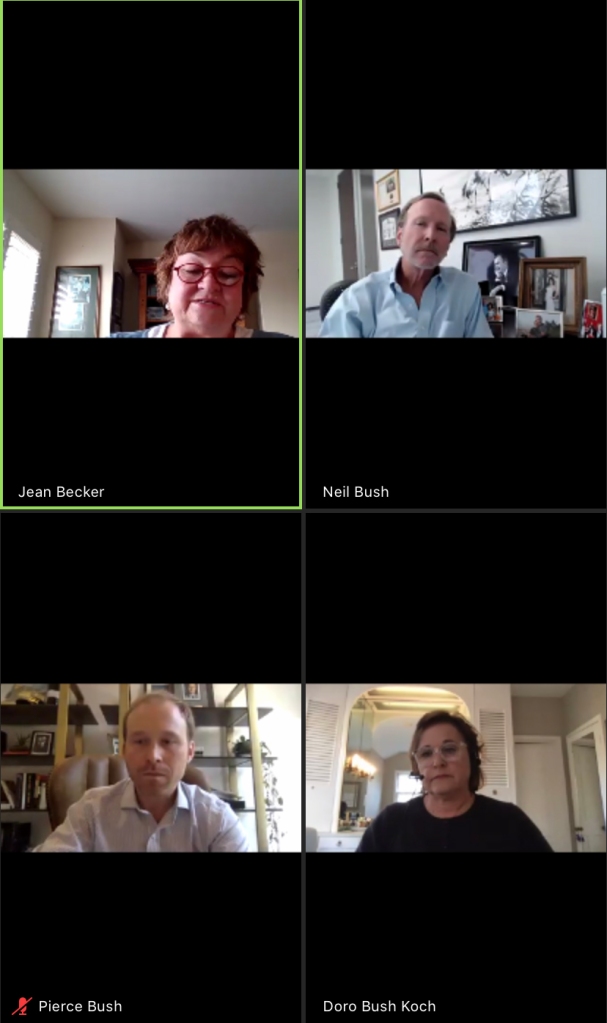 Some examples of Bush’s wisdom:

The Bush family also chimed in and shared stories of Mrs. Bush’s guidance and what Barbara meant as the family matriarch.  Dorothy Bush, for example, noted that while she was proud to be the sister and daughter of presidents, she was “even more to be able to say that I am Barbara Bush’s daughter.”  She also recalled that Mrs. Bush’s favorite people to give advice to were her grandkids.  On one occasion, Doro’s son, Robert Cook, was staying at the Bush house, and he was spending much time at the freezer, where he would fish out his favorite treat: Klondike bars.  At one point, Barbara told him to stop eating the Klondike bars, that he was being gluttonous.  He didn’t refrain, but he did go to the freezer surreptitiously–when Mrs. Bush was not around.  He soon found that didn’t work; the next time he visited the freezer, he found it locked with a padlock, courtesy of Mrs. Bush.

Perhaps Mrs. Bush’s simplest advice was to: “choose happy.”  In slightly more elaborate form, she said, “There are two types of people in the world.  Those who wake up and say, ‘Good morning, Lord.’  And others who say, ‘Good Lord, it’s morning.’  Be the former.”

The LEAP Ambassadors are grateful for having the opportunity to meet Mrs. Bush… 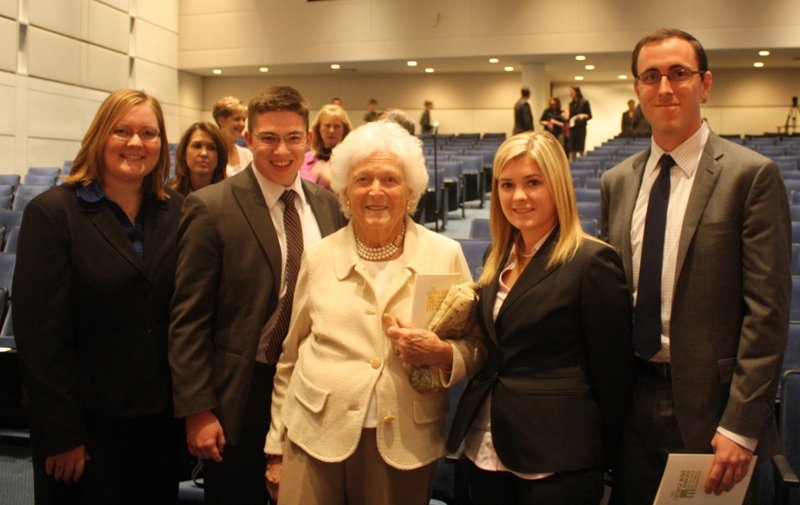 …and to Mrs. Becker (and Mark Burns) for the opportunity to tour George H. W. Bush’s office. 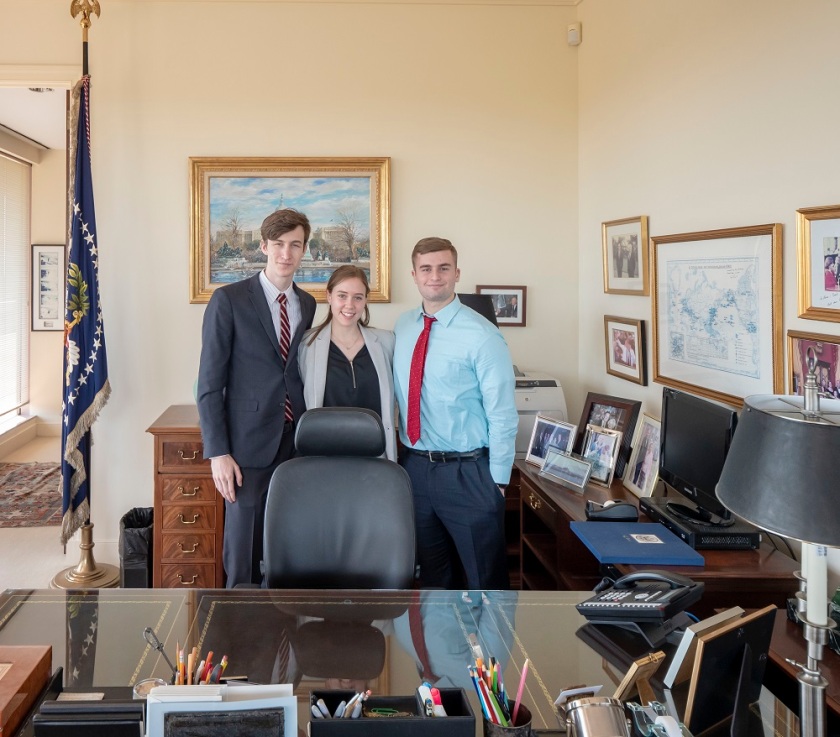