The 2nd day of the Bootcamp is the one that matters.  It’s when the bulk of the seminars take place; it’s where we have the most time to work with our groups, and it’s a fourteen-hour day.

With those facts in minds little rested by sleep, we arrived at the Belo Center at 8am.  We prepared for the day by chowing down on some of the satisfying breakfast tacos…

…some revitalizing fruit, and a cup of coffee. With catchy background music (which successfully roused our spirit) we found our campaign groups so as to begin the thrilling second day of our bootcamp experience.

Embodying this spirit of campaign thrill,  direct mail consultant Liz Chadderdon instructed us on how to create an effective campaign message. She advised that the best rule is to follow a “one message, one piece” strategy. 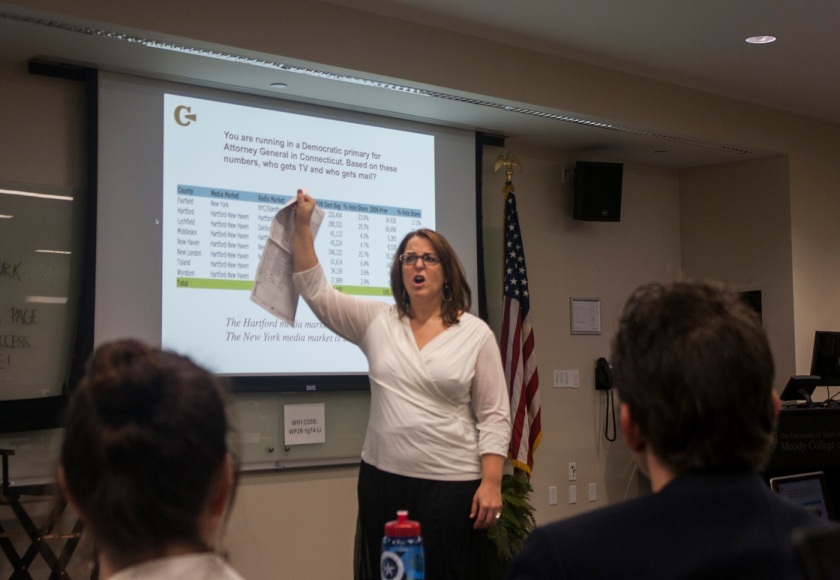 In other words, regardless of a candidate’s utilization of varying communication mediums such as television, radio, or direct mail, they should still have the same message across these platforms. Students were happy to speak with her after the presentation. After all, her advice helped establish some of the ideas for our projects.

As evidence that the New Politics Forum picks out the best campaign officials to bring in, the next speaker was pollster Christopher Perkins, who has done extensive polling for Senator Ted Cruz and many other Republican heavyweights. His presentation was successful in educating the students on how polling can help a candidate win an election. 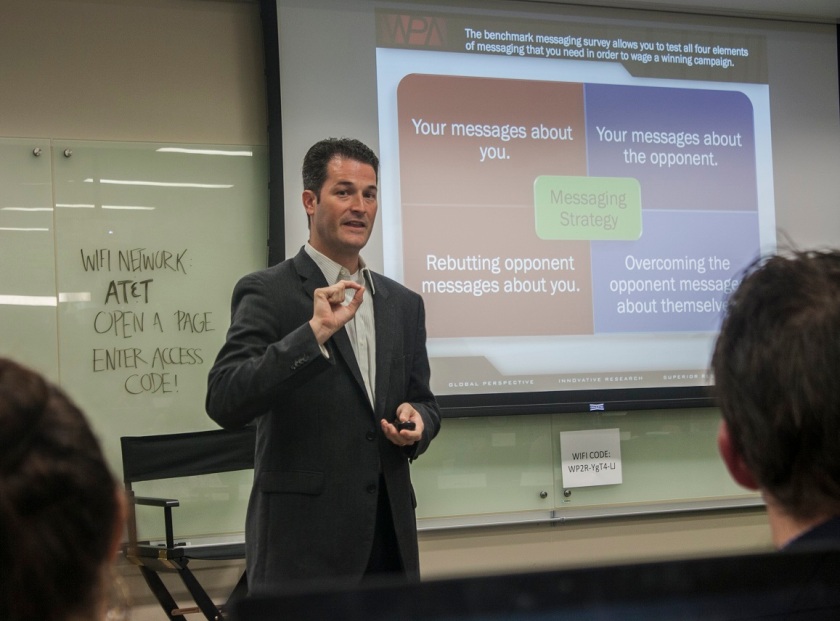 The students learned that polling helps makes advertisements such as television, radio, and direct mail more effective. The results of a poll can help a candidate have a better understanding of their target audience. In effect, this helps the campaign better appeal to potential voters by aligning their message strategy with issues that voters support.

Armed with information on messaging and polling, our campaign groups retreated for lunch, strategized, and emerged in fighting shape for the afternoon sessions.

Tyler Norris, who recently worked with Senator Ted Cruz on his campaign, was the next speaker. He began by emphasizing the importance of volunteers. His advice was to gather people who believed in the candidate’s policies and give them meaningful work to do. This is not only a budget-saving maneuver, but also a good way to garner votes.

Additionally, he answered questions that were helpful to our teams.  As Christina Perez noted, “I thought it was interesting to hear someone who was freshly off the campaign trail speak since he had just finished working on Senator Cruz’s presidential race.”

After a few technical difficulties, we were able to virtually chat with Vincent Harris. He was streaming in from Canada, where he currently is working on the country’s conservative convention.  Mr. Harris is the current CEO of Harris Media, and works for Senator Rand Paul. Known as the “father of Republican internet,” his expertise was a crucial factor to Senator Cruz’s web strategy during the 2012 senatorial campaign. During his presentation he encouraged us to create an account in every existing social media type. Nonetheless, he spoke about the importance of using these modern tools of communication to reach as many voters as possible. He presented them to us with humor, showing examples from previous campaigns.

After an intense series of sessions, it was time for the last lecture of the bootcamp, one presented by Luke Marchant and Matt Glazer. They provided us additional information on our presentations, which will take place tomorrow.

It was great to have an experienced team of NPF staff and our mentors Luke and Matt on hand to help us succeed.  But at this point, it was up to us to break into groups and work on our projects.

Once we gathered in our groups we began to employ every feature of our lessons. First, we outlined our campaign necessities, then we delegated our individual duties, and started crunching data, crafting messages, and laying out the framework for the victorious campaign of House District 117’s future Representative Raul Martinez.

Even though our assignments were hypothetical, the toil and exhaustion was real!  After five hours of non-stop work with my motivated team members (Juan Belman of UT Austin; Mason Rasco of TAMU; and Shauntey Walker of UT Austin), we were all ready to go home, meditate on our winning strategy, and recharge for our big campaign “pitch” day.

I was set on one thing: victory!

The competition was on and each group would show no mercy to the other, since we were all competing for bragging rights. Throughout the process many students battled with a variety of emotions–excitement, fatigue, and nervousness–because they were on a deadline and had to finish. The winner would be determined tomorrow after all the presentations were completed. Who will will win? Stay tuned for tomorrow’s blog!

I was eager to work with my group, and after the first break out session I became excited about the project.

I enjoyed my team, and the ideas we all brought to the table. My favorite part of the breakout session was that we finally were able to get to know one another. I enjoyed hearing about campaigns they had been on , and the experience they had. Overall, it was a great learning experience and in my opinion was the best part of NPF.

One of the many nice things about the project is the support provided by the many speakers that NPF brought in for the weekend.  Luke had a stream of visitors to his “office”…

Matt and the other speakers went from room to room, helping out where they could (which was everywhere!):

…we also all showed a willingness to cooperate with each other. 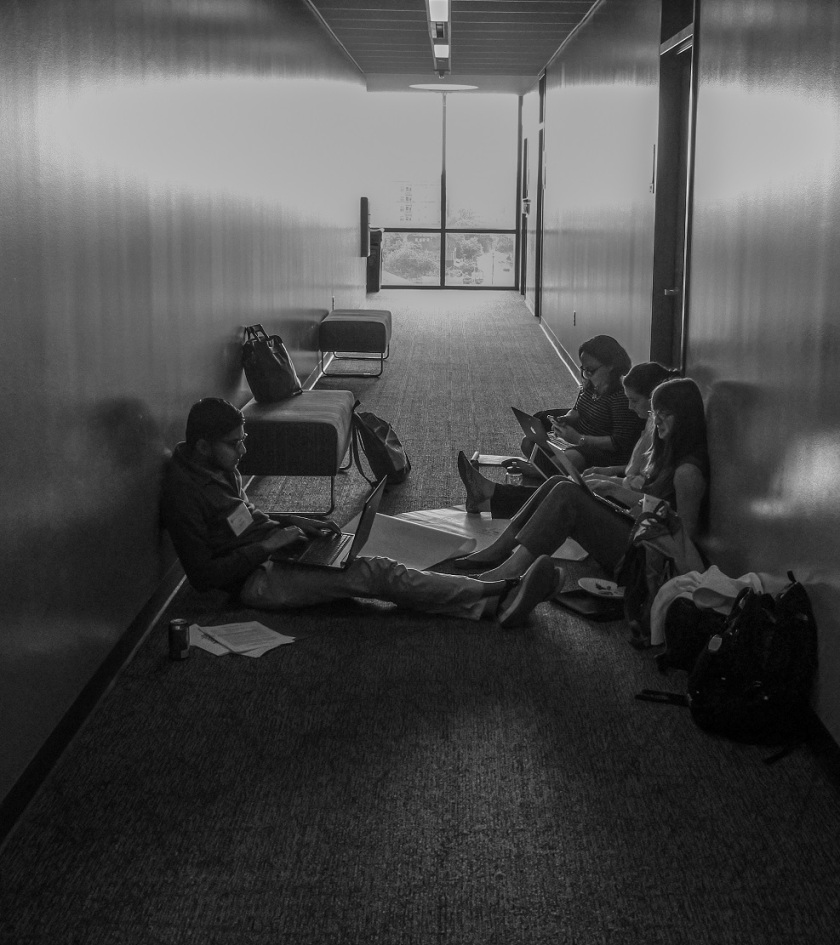 During our bootcamp experience there was never any contention related to political rivalry, and whether working in groups or alone, we were able to achieve some intense concentration and get the work done. 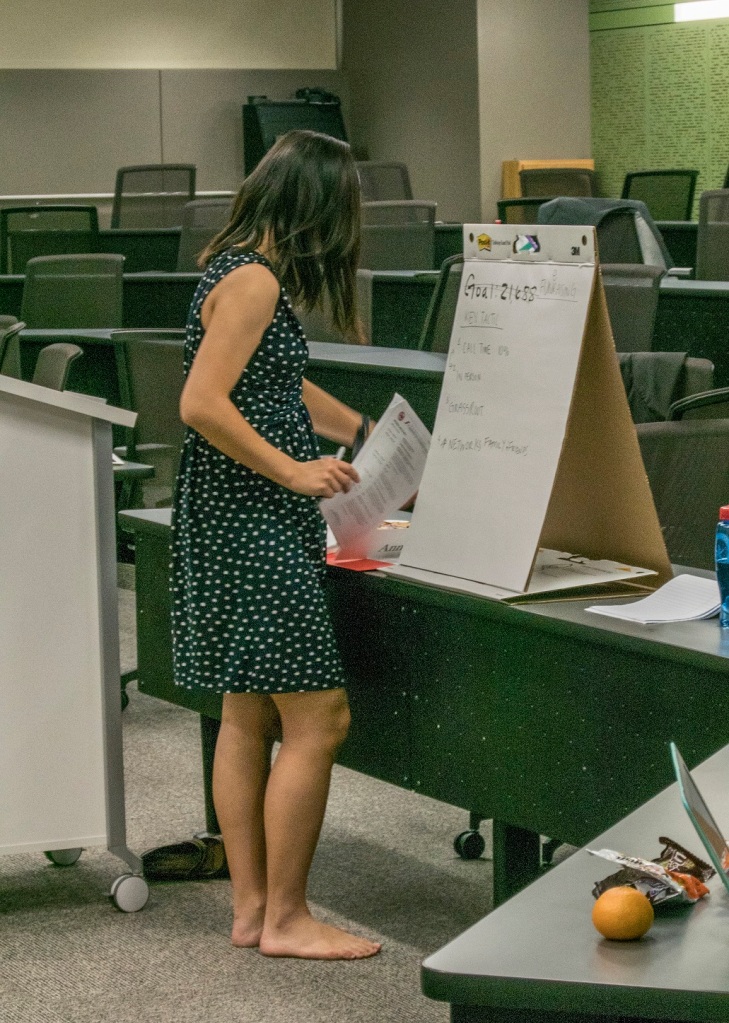 The NPF also had an “inspiration wall,” where students could write what inspired them and how they would become more engaged with the political process.

With the knowledge we have gained through this rigorous, rewarding weekend we will surely perform well for tomorrow’s big day! 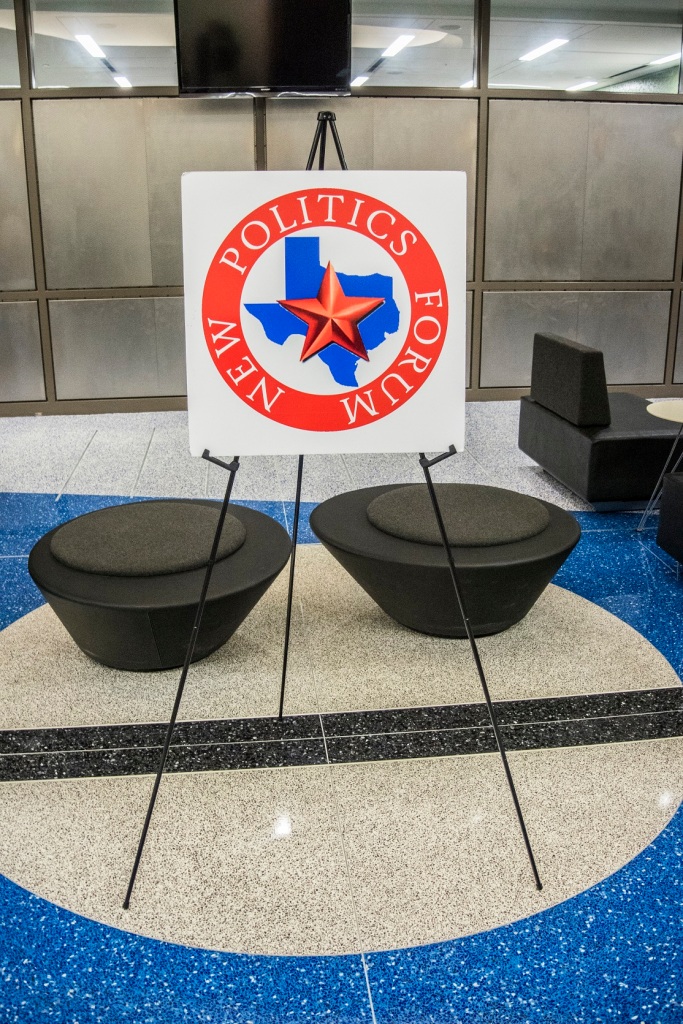