After a day of travel, we were ready for some substantive education about local government.  Our day met our expectations, with an overview of COGs, Interlocal Agreements, Public Information Requests, Emergency Operations Center, and lots of acronyms.

Professor Yawn met with Ron Garza, the Deputy Director of the Lower Rio Grande Valley Council of Government, where he learned about the process of joining a COG, the dues required, innovations in local government in the Valley, and the process for selecting board officers. 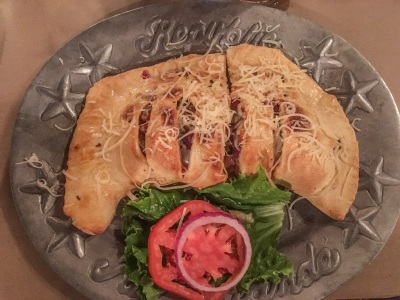 …and Alex and Beatriz tried the chicken dishes. Everyone enjoyed the wide spectrum of dishes the restaurant offered and the history that made it unique. With appetite satisfied, we set off for a meeting with Nancy Cuellar, the Emergency Management Analyst for the City of McAllen.

The appointment was to learn more about the City’s 3-1-1 program and other technological adoptions by the City. But Ms. Cuellar taught us much more than one specific program.  We learned about Emergency Management, grant writing, collaborating with counties, COGs, other cities, state agencies, and the federal government.  I (Beatriz) was amazed at Ms. Cuellar’s knowledge and inspired by her passion.  So much goes into planning, looking for solutions to problems, compromising, and using people’s ingenuity to make the Valley a better place to live.

She also took us to the 3-1-1 headquarters, where we met Marco Tovias.  He went into detail about the response center and demonstrated the workings of the 3-1-1 app.  I was amazing at the ease with which the app worked.  Snap a photo of a pesky pothole, backed-up sewage, or even a vehicle parked in the grass (a code violation!) and submit it.  The issue then goes to the response center, is forwarded to the appropriate department, and help is on the way.

With new technology new problems and issues arise that need to be addressed. While asking questions about the program we learned about the process of a private information request, if the program could be used for emergencies (it should not be since assistance is not available 24/7) and the most interesting to me, the legal aspects of having a 3-1-1 program. Ms. Cuellar and Mr. Tovias’ desire to make a difference was admirable and palpable in their demeanor and they were eager to inform us as citizens of their goals to make McAllen a better place through myriad programs.

We then had a tour of the second story of the building where all of the emergency management staff is stationed. During the tour we learned more about the building and how grants helped make it possible.  It’s obvious that Ms. Cuellar was dedicated to the City and its functions.  Before leaving, Ms. Cueller even offered us to contact her if we would like to be an intern for the Emergency Management Office of McAllen! 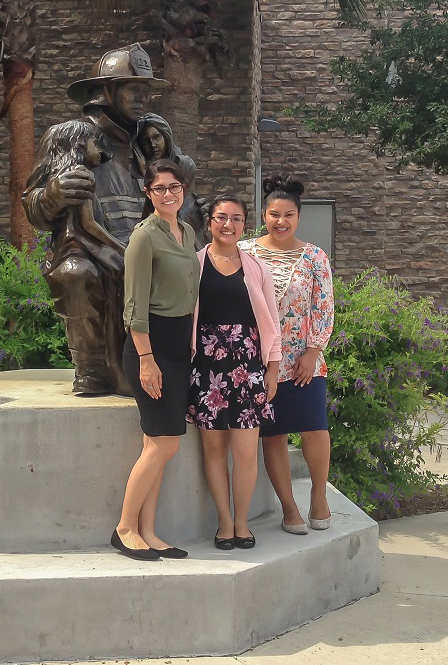 After an exciting tour we headed back to the hotel for some rare downtime.

After some relaxation, we gathered and headed to dinner. We all agreed that we would like to have a light dinner tonight and went to Jasons Deli. Professor Yawn prefers to eat only at restaurants that are native to the area we are visiting, but one of our Ambassadors had never been to Jason’s Deli so we used that as our “reason” for going to a chain restaurant to eat during our trip. The salad bar and soup for dinner was a refreshingly light change for dinner. Megan enjoyed a chicken panini sandwich with fresh strawberries and cream that were super sweet. When we had all finished our meals, we treated ourselves to a little bit of ice cream and more conversation. Once we were all finished with our ice cream, we headed back to the hotel for a good night’s sleep to prepare us for the long journey back to “Home Sweet Huntsville.”