For the 10th consecutive year, the LEAP Center partnered with the Huntsville Public Library (HPL) to offer a citizenship preparatory class to local citizens.  Led by HPL intern Staci Antu, with volunteers from SHSU, the LEAP Center offered Tuesday night class to more than 30 immigrants for five weeks.

The class kicked off with words by local Council Member Joe Rodriguez, who discussed his immigrants parents and their struggles.  He also discussed his career as a police officer, in the FBI, and in city government, as well as the benefits of citizenship.

Over the course of the first four weeks, the immigrants learned (1) the process of becoming a citizen… 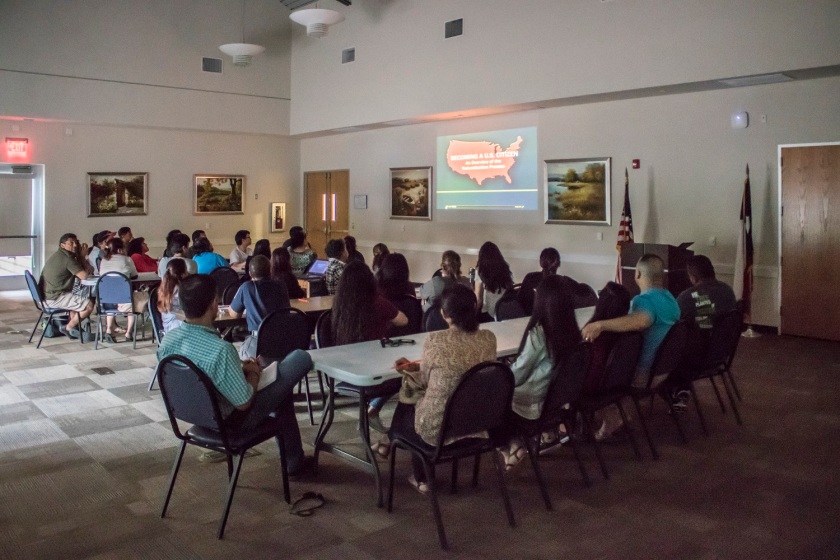 This year, 33 immigrants signed up for the class, representing 8 different countries and four continents.  In addition, Doris Cooper, a local citizen, attended the class for a second year, taking notes, offering her own observations, and helping out.  Other volunteers included SHSU students Jose Polio… 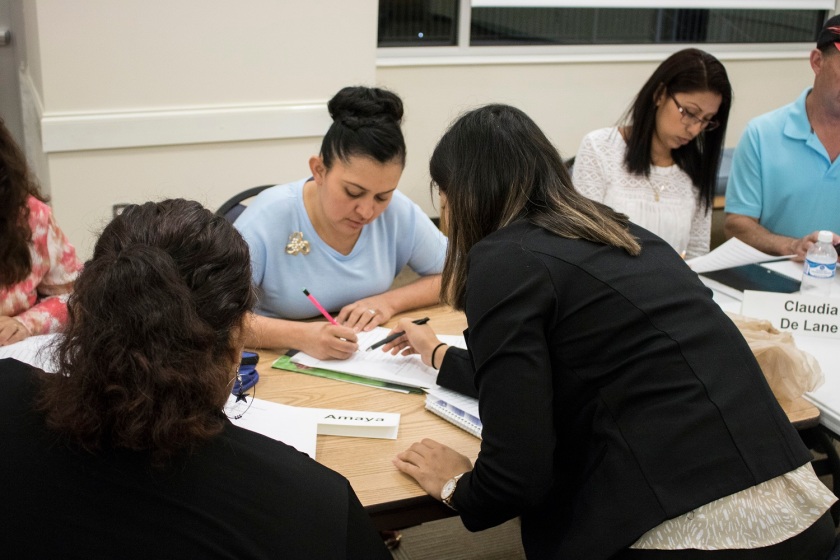 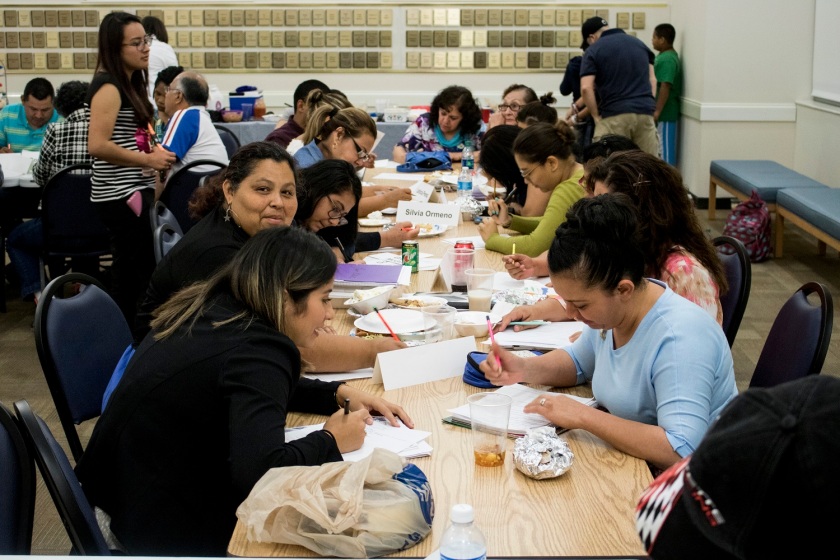 Representatives from the Daughters of the American Revolution came in on Week 4 and distributed pocket constitutions, flags, and other patriotic resources for the immigrants. 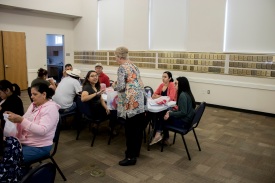 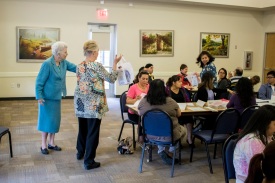 For the final week of the class, the featured speaker was local immigration attorney Audrey Biggar.  Ms. Biggar discussed the legal aspects of becoming a US Citizen, discussed the application fee ($725), and answered (many) questions.

The final week is also the week that the class explores holidays.  The Civics portion of the Naturalization class may include questions about holidays?  Which holiday is observed on the last Monday in May?  Or, which holiday is observed on the fourth Thursday in November?  The answer to the latter question, of course, is Thanksgiving, and the immigrants and volunteers host their own Thanksgiving. 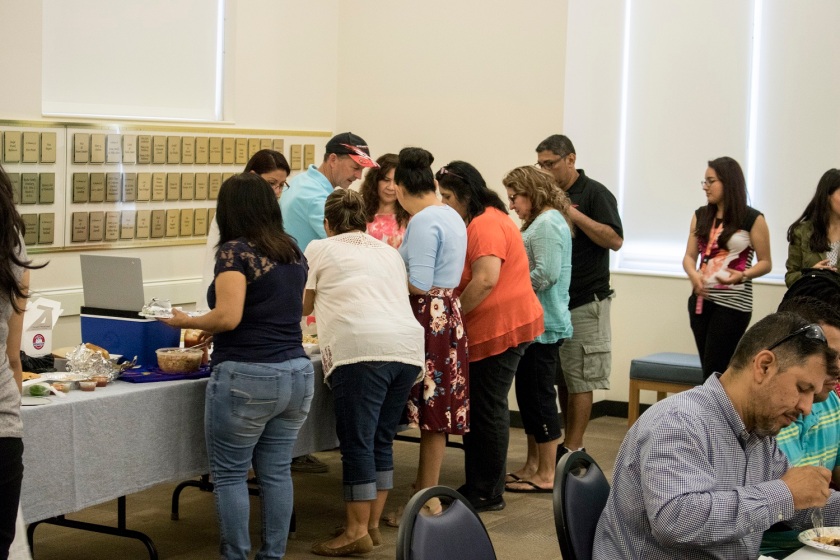 KBTX also sent reports to the event, interviewing Gilda Bettis, an immigrant who, after 33 years in the US, is seeking her citizenship and Antu.  It was Antu’s second time on television…

…Bettis discussed her learning this semester…

…and KBTX did a nice report on things–click on the photo below for the news story!

Each of the immigrants also got a certificate commending them on their achievement. 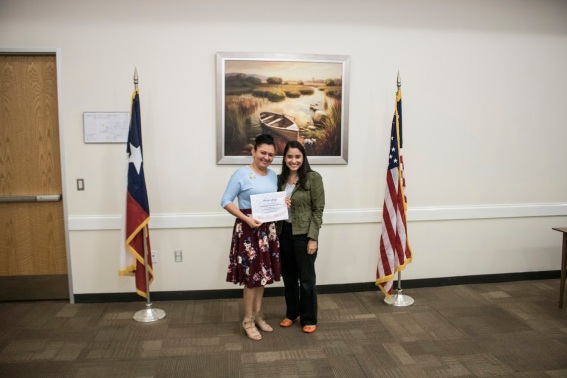 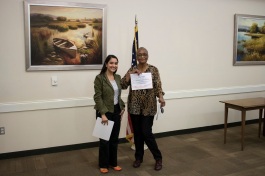 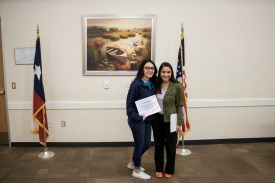 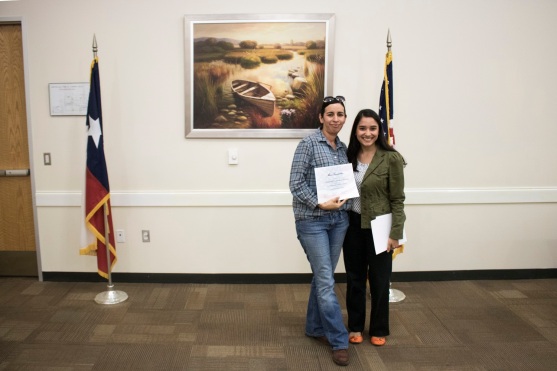 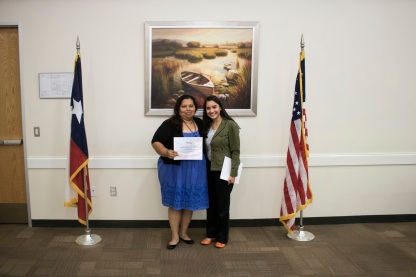 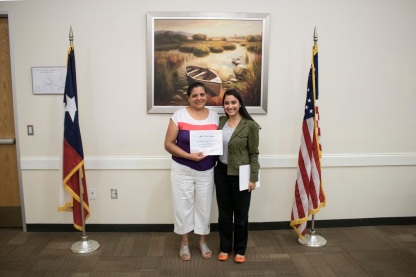 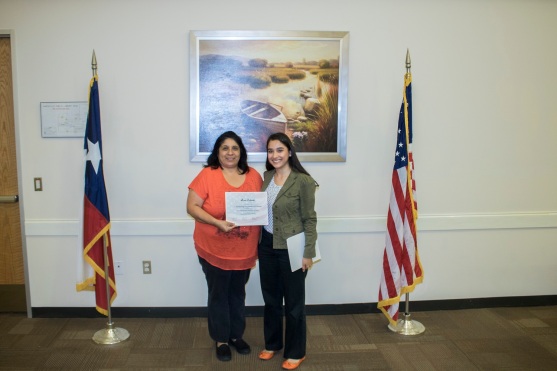 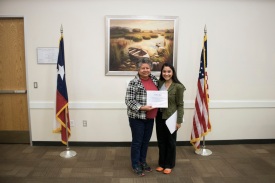 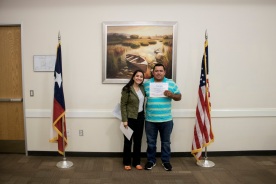 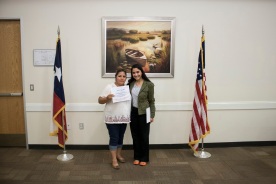 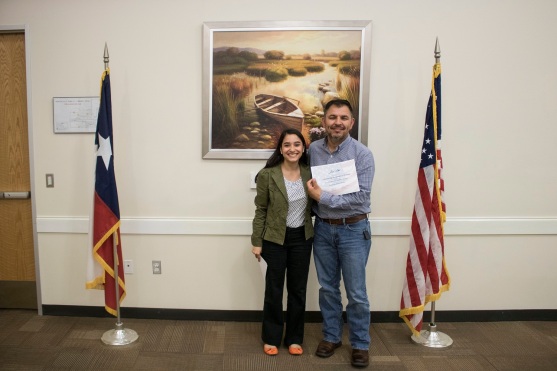 And we took a group shot to celebrate the accomplishment! 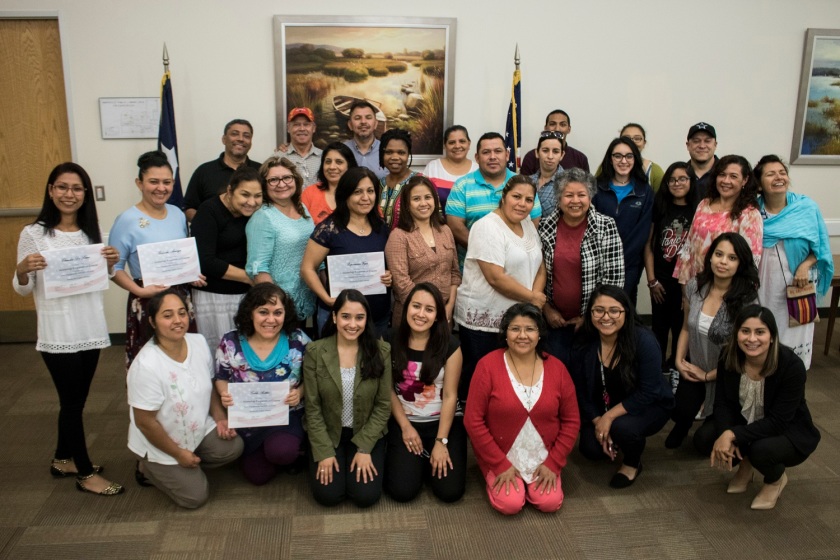 It was a great opportunity for the immigrants to move toward citizenship, and a reminder to the volunteers of the benefits of citizenship and the duties associated with being a citizen.