The Pennybacker Bridge is known for its interesting architecture and for spanning a particularly attractive area.  In honor of its Huntsville connection and its attractiveness, the LEAP Ambassadors decided to celebrate Anna Pennybacker’s 156th birthday by visiting the site at sunset.

With its hills and waterways, Austin is something of the sunset capital of Texas, but even so, the Pennybacker vistas are impressive. 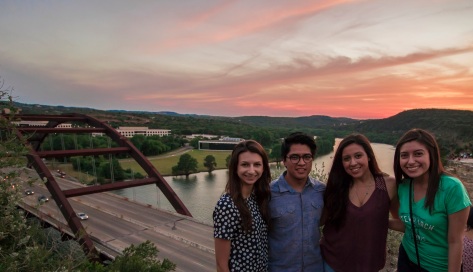 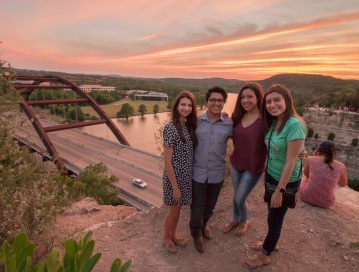 Indeed, the aesthetic qualities of the area encouraged us to linger and engage….

We also had a little fun with the photography, creating ghostly images…

All in all, it was a fun way to celebrate Anna Pennybacker’s birthday, and to have some fun and enjoy Austin and nature at the same time! 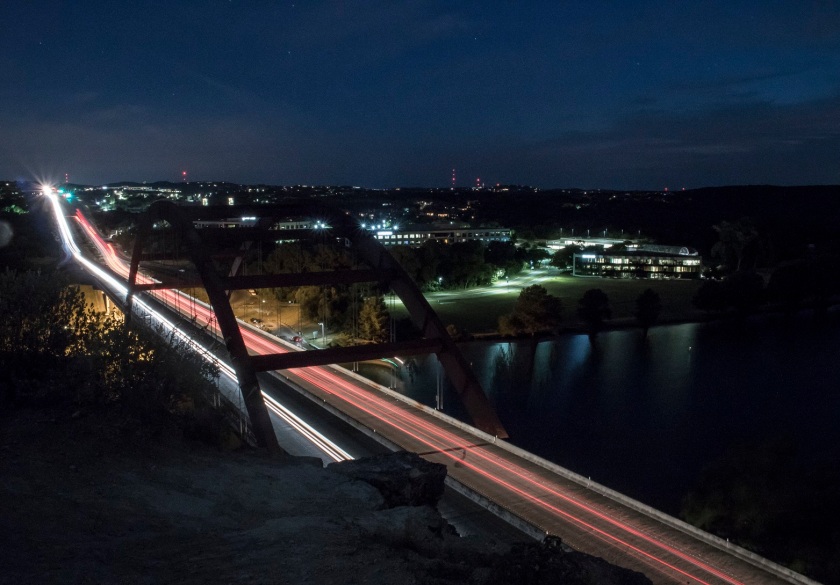