Biloxi, Mississippi is known for its delicious seafood, beautiful sunsets, and of course its lighthouse. The Biloxi Lighthouse is the signature monument that has withstood many sunny days and several stormy nights, as the city grew around it. It all began in 1847, when the US Congress authorized funds for a lighthouse to be built in Biloxi. By 1848, it was ready for operation. 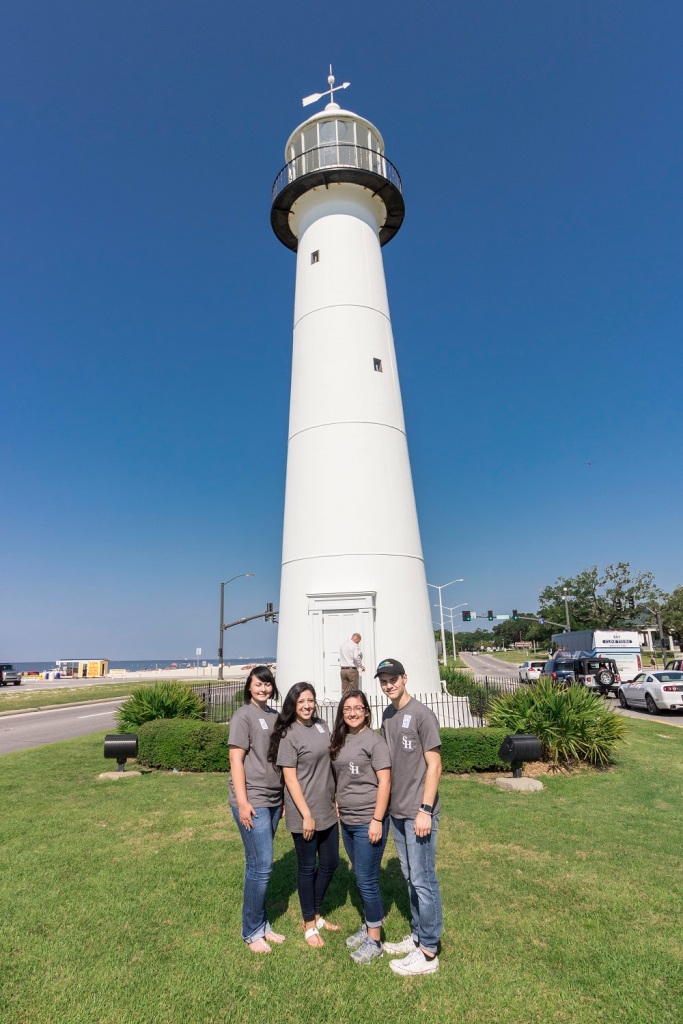 Today, the Leap Ambassadors climbed its 57 spiral steps to the top that many keepers have had the task of climbing. 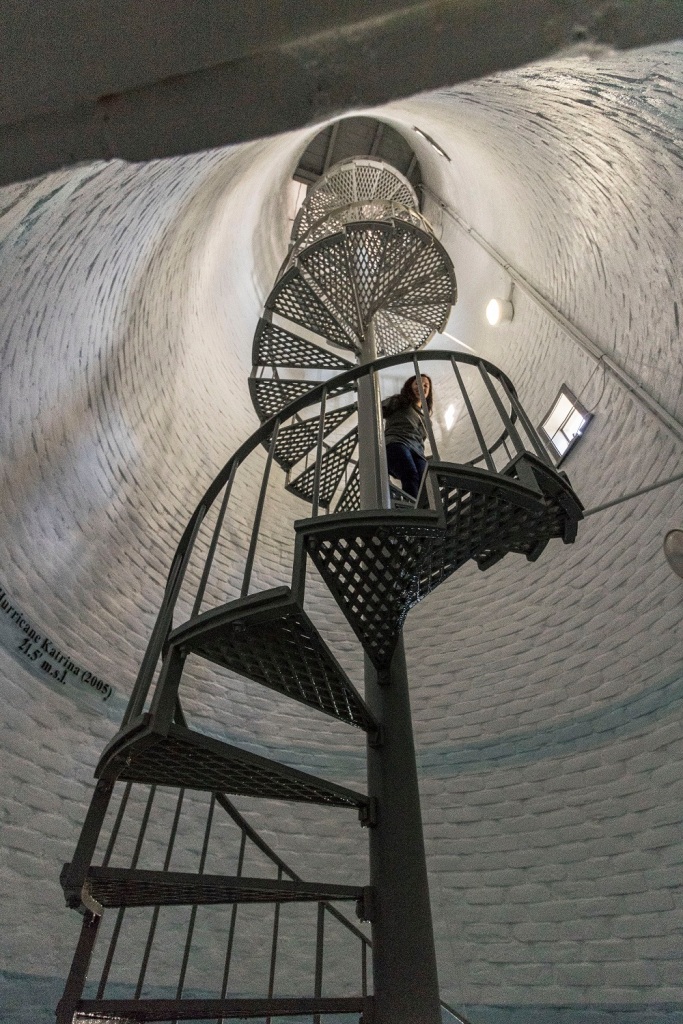 Inside of the lighthouse are the water marks of where the high waters of certain storms reached. 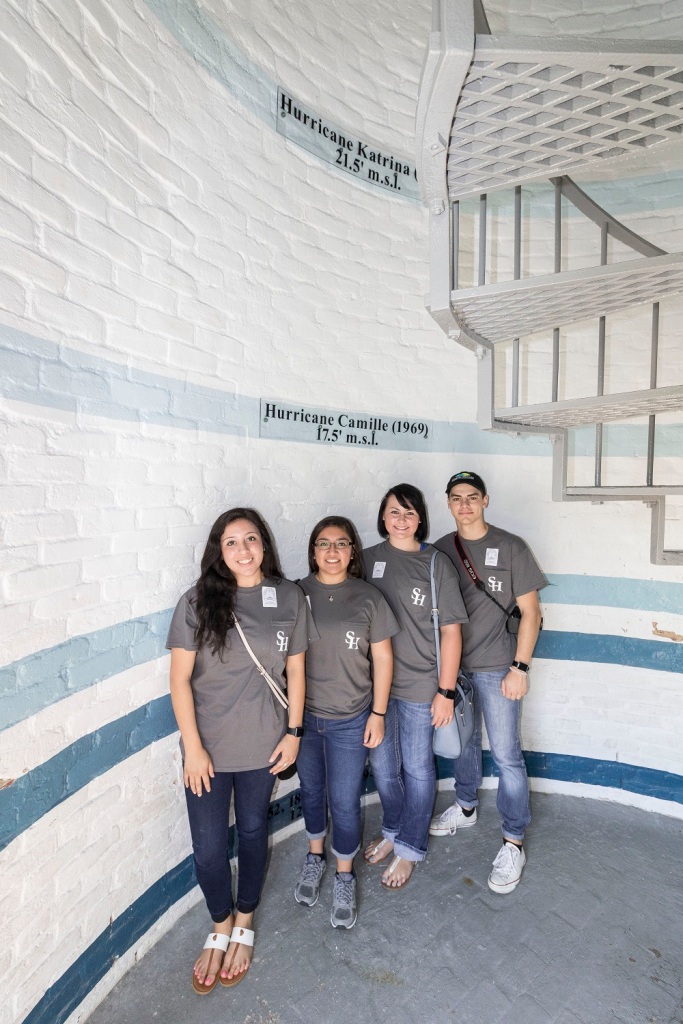 The most damaging of all was that of Hurricane Katrina, whose waters went up to 21.5 meters above sea level. Although the high waters and high-speed winds damaged most of the city, the lighthouse stood firm, a (literal) beacon of hope through all the disaster.  As we reached the lantern room, we could see the mesmerizing glass lens that had illuminated the town through every situation imaginable. 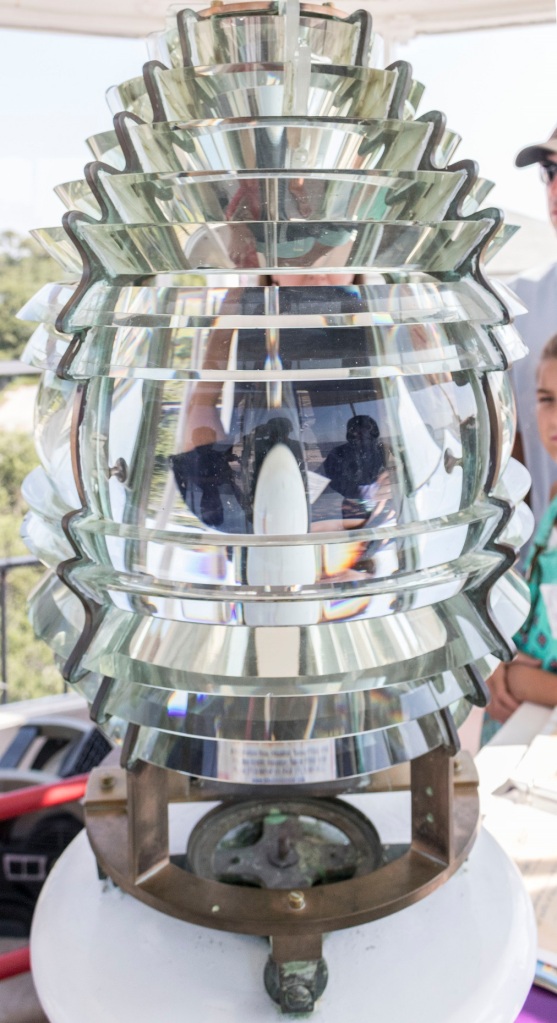 The tour guide shared many fun facts about it and the lighthouse in general. Through the windows we could see miles and miles of sand, as well as people enjoying a day at the beach. 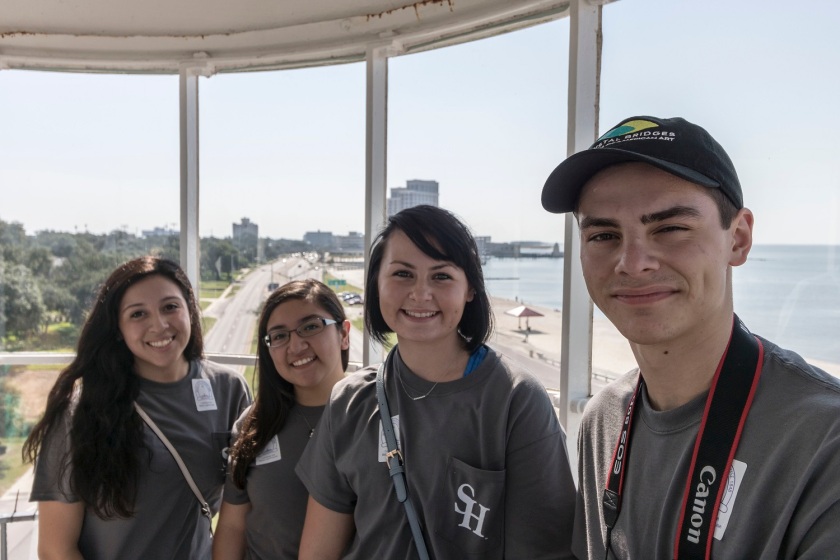 We also had a chance to explore Biloxi’s interesting Visitor’s Center, which has art… 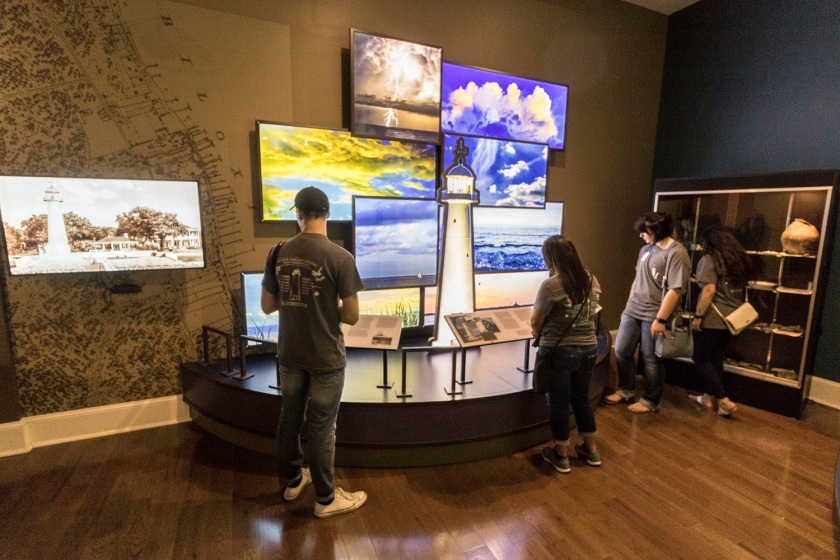 …and a nice porch for observation and relaxation. 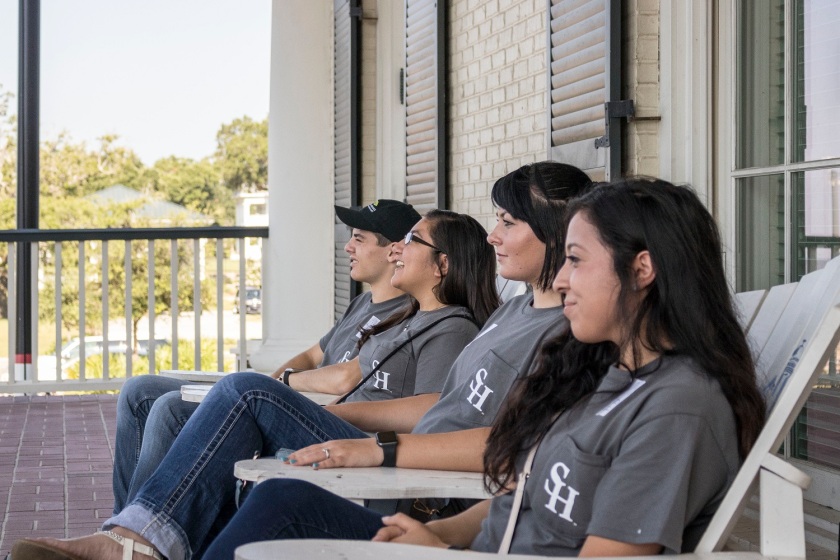 For lunch, we decided to go to Sal & Mookie’s New York Pizza & Ice Cream Joint. A family style diner, it had a character all of its own. As a starter, we snacked on Hummus with Brick Oven Flatbed as well as Portobello Fries. Both were delicious. After thoroughly contemplating the menu, we finally decided on two of Sal’s Selection Pizzas: the Rockaway Beach and the Gambino. After trying each, the savory Gambino was the resulting table favorite. Following soon after was our dessert.  We ordered Crème Brûlée for those who have never tried it before. We also ordered the Grand Central Station. What pulled up to our table was 10 scoops of 10 different flavored ice cream balls with 10 different toppings. Afterwards, we had to ask ourselves “Did we conquer it, or did it conquer us?” 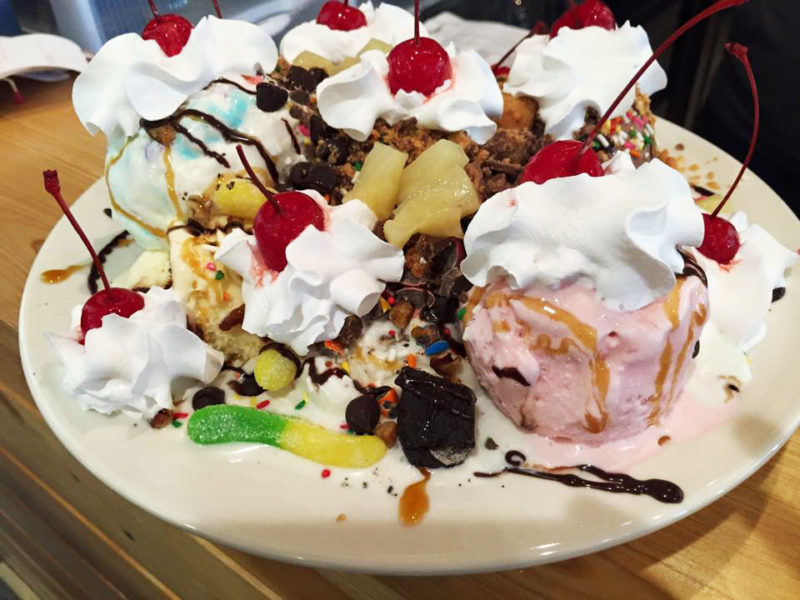 As some of us spent time roaming the beaches, riding bikes along the coast, combing the beach, and relaxing this afternoon, two of us rode a bus to Moss Point, a town about 30 minutes away, to go on an airboat tour excursion at Gulf Coast Gator Ranch & Tours. 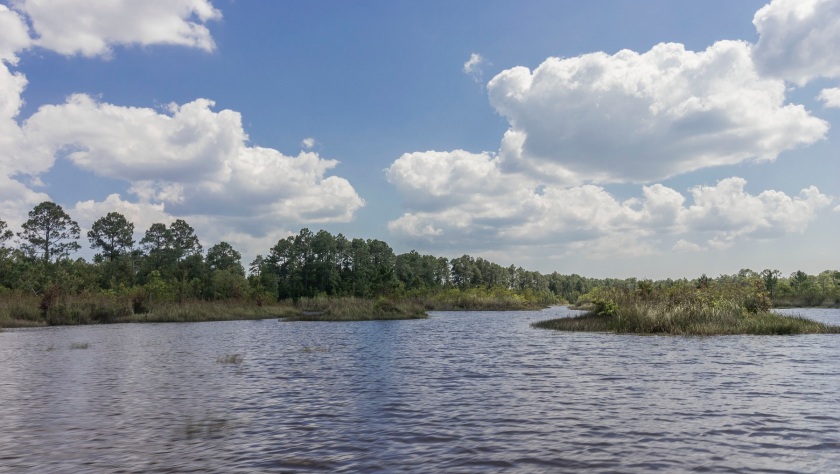 The airboat tour of Gator Ranch was less a gator-spotting adventure, and more of what can be described as the nautical version of an ATV driving through mud.

The trip was not a complete loss for those who wished to see an alligator while out on the murky waters. 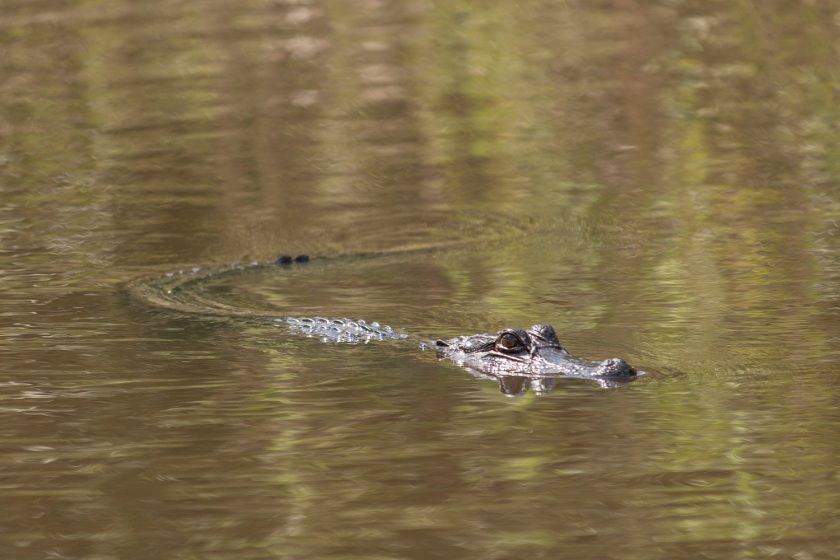 Surprisingly, alligators really seem to enjoy marshmallows. When we asked who found this out, he said that some poor guy must have dropped his snack and the gators tore it up. That poor fellow’s sacrifice was surely a noble one, and now our tour guide had something to lure the little reptile to the side of our boat for a better photo-op.

The fact that we only saw one or two gators was fine, though, because after we finished our thrill-filled boat ride… 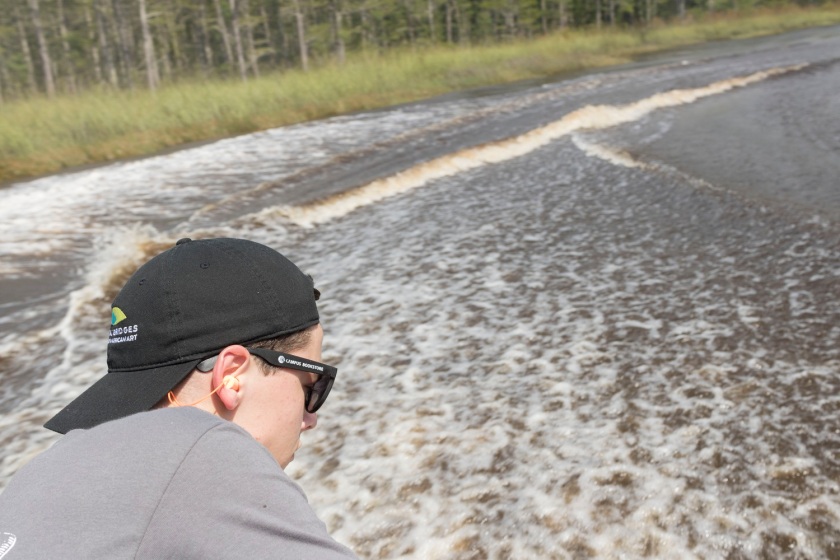 …we visited the gator ranch side of the facilities, where around thirty alligators were visible in a sectioned off part of the bayou. 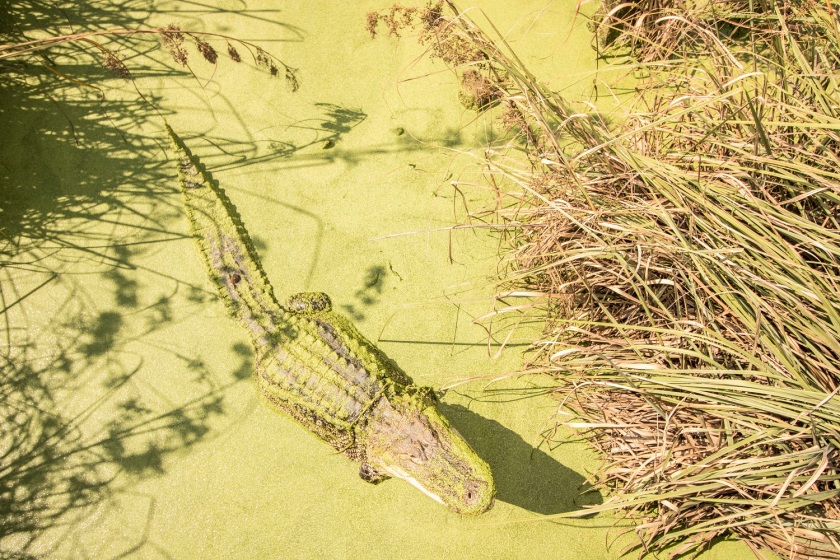 With gator ranch under our belt, we returned to the hotel, eager for a “family-night” evening on the beach with more than 500 state legislators!