When an author of James Reston’s magnitude comes to campus, we do our best to have things organized and ready, and today was no exception.

Lunch with Aramark, by Makayla Mason

The LEAP Ambassadors were able to begin our day having a special lunch with not only Mr. Reston, but also with SHSU Vice Provosts, Dr. Mary Robbins, Dr. Christopher Maynard, as well as Assistant Professor of Mass Communication, Dr. Grant Weidenfeld.

While the room filled with friendly conversation, the LEAP Ambassadors and our guests grabbed our sandwiches, chips, and cookies and sat down for a great conversation. The conversation was centered around Mr. Reston and his newest book, “A Rift in the Earth.” Our guests explained how Americans reacted to the Vietnam War and how the war split the nation politically, a split that persisted for many years after the war. Dr. Robbins, with much emotion in her eyes, recalled herself as a teenager watching the news and responding, at times with tears, over the body count announced every night.

It was an emotional and enlightening experience for us as Ambassadors, as our guests pointed out, that we have never experienced an event that split the nation in such controversy.  Before leaving, Mr. Reston signed some books… 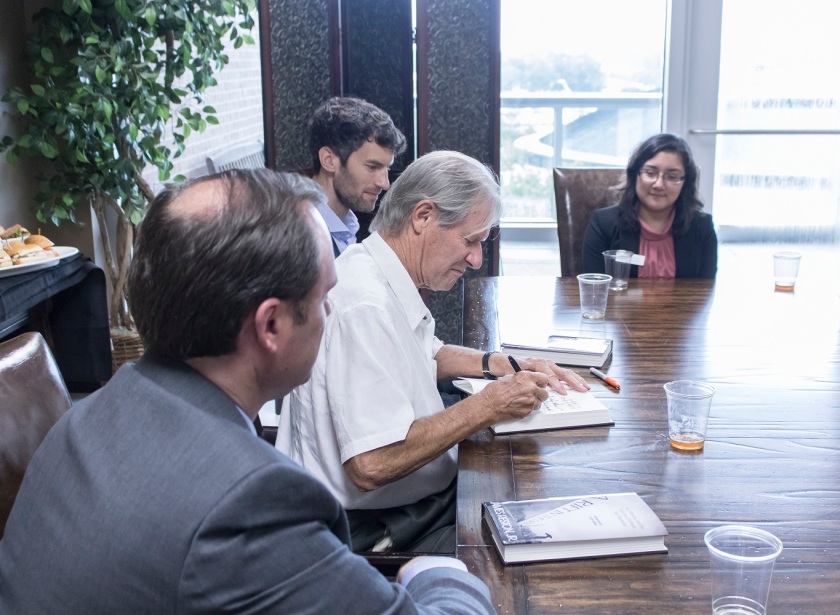 …we thanked our Vice Provosts and began preparing for our next event of the day.

After a great lunch in good company, we moved to the Mass Communications Studio for a television interview, one hosted by the MCOM Department, with Mel Strait leading the technical crew. As part of the audience  20 or so students participated in this television interview between Professor Yawn and James Reston.

Some of us arrived earlier to make sure everything was ready and to greet students as they walked into the studio. During this time, we had a chance to chat with the audience. It was interesting to hear different ideas from other students on their feelings towards the many topics that Mr. Reston would discuss. The students came prepared with a lot of research on Mr. Reston along with an ample set of interesting questions for him. After all, he is a very interesting person who has been involved in many different important events in history. 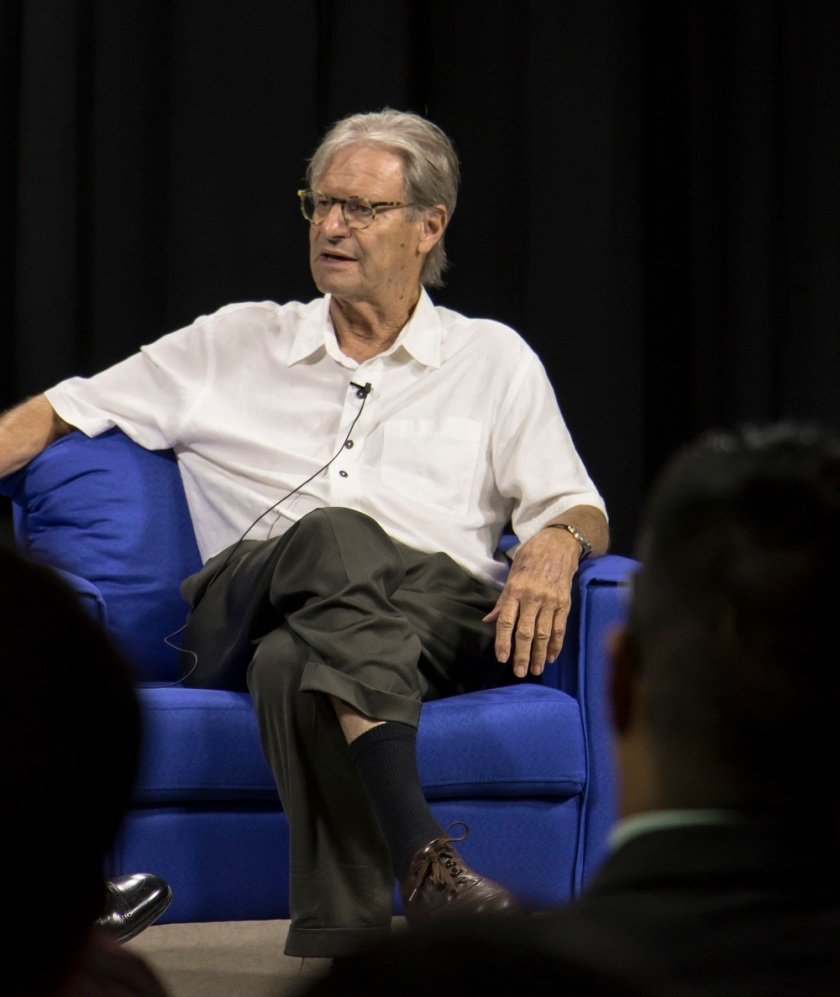 The interview began with Professor Yawn asking Mr. Reston about his research as David Frost’s assistant regarding Watergate and President Nixon.  We also got to watch a small clip from the movie “Frost-Nixon” where Mr. Reston is played by Sam Rockwell.

We got to learn about how the movie and how it compared to the events in real life. According to Mr. Reston, they were pretty similar, including the part where he considered not shaking President Nixon’s hand! 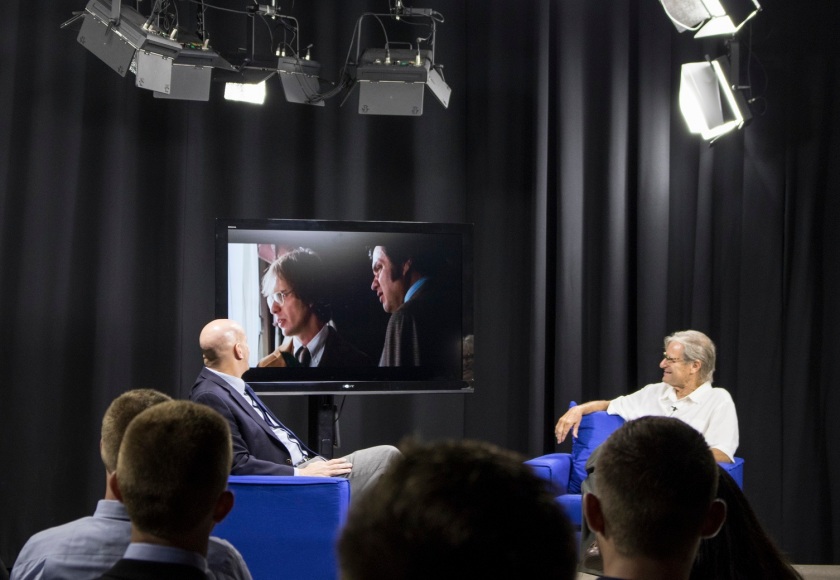 He discussed his devotion to finding the truth behind the Watergate scandal and was determined to find the evidence they needed to force President Nixon to confess to his wrongdoings.

Professor Yawn also asked about his NPR documentary on Jim Jones and the tapes he acquired from Jonestown. Mr. Reston actually had to seek counseling after his research on the mass suicides in Guyana. He explained that such research was especially difficult for him as he thought about the young victims in Jonestown while also having children at home.

Finally, he discussed his book “A Rift in the Earth” where he wrote about the controversy concerning the Vietnam Veterans Memorial by Maya Lin. He also told us about some of his background research for the book.

This topic was especially interesting as we will be visiting the Vietnam Memorial on our trip to Washington, D.C. in only a couple of weeks! The interview came to an end with some very interesting questions from the students in the audience regarding all the different topics Mr. Reston had discussed.

After the interview, each student received a copy of “A Rift in the Earth” and had a chance to get it autographed by Mr. Reston!

Later in the day, Mr. Reston would join us again for heART of Huntsville, but with a little downtime, Mr. Reston decided to spend some time in the Texas Prison Museum.

Whether it’s looking through the Texas Prison Rodeo days, the art and crafts the inmates have done…

…or addressing the death penalty, the Texas Prison Museum has much to offer.

Reston shared accounts of his journalistic days covering the death penalty, while Christina took advantage of an open jail cell.

As the door closed on Mr. Reston’s visit, we had a chance to reflect on the wonderful opportunities we’ve had to learn new things, enrich our already rewarding education at SHSU, and make a new friend.  We look forward to the next time Mr. Reston has a chance visit our town.