The Texas legislature only meets once every two years, and some feel that “no man or beast is safe when the legislature is in session.”  But for a select group of SHSU students, the legislative session poses the opportunity for a Sam Houston Austin Internship.

Thus it was that five students embarked to Austin early this week, with the hopes of landing an internship in a legislative office. The students were some of the 30-plus students who applied for the SHAIP Internships, and approximately half of those selected to interview in Austin.

In all ten students were selected to interview with eleven offices.  Two of these students have already been placed; three more are coming later this week; and the five of us are hoping for the best.

Our schedule is grueling but rewarding: up before 6am, dressed in suits, and a schedule of four interviews, each lasting two hours. It was a day of stress, but you wouldn’t know by the happy smiles we wore as we arrived at the Texas Capitol…

The end to the day’s interviews brought on a sense of contentment and relief, and we were smiled up again as we toured the Capitol building.

As the afternoon gave way to the evening, we met with SHAIP alumni (Christina Perez and Ariel Leaf) at The Clay Pit for a fabulous dinner.  For most of us, it was the first time to try various dishes…

…but we did a great job of coming close to finishing things and being adventurous.  And  we also tried to wisely use our time with Christina and Ariel; learning as much about the process as possible.  By the end of the evening, we felt more comfortable about the internship logistics and also felt we had made new friends!

With additional interviews scheduled for the next day, we returned to the hotel, prepared to study and sleep.

The second day was a bit more eventful.  There were fewer interviews, so the students with the later interviews had the special opportunity to tour the Texas State University System’s new headquarters in O. Henry Hall. 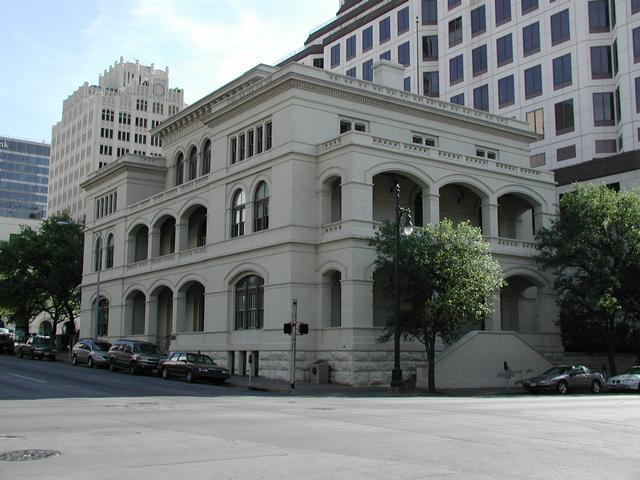 The building is beautiful!  Built between 1877-1881, the structure was designed by architect James Hill–whose work is notably diverse–and he managed to make this a unique structure in the City of Austin.  Construction occurred under the supervision of Abner Cook, who also designed the Governor’s Mansion and was the Director of TDCJ during its early years. It was designed as a courthouse and post office.

Its name derives from the fact that O. Henry (William Sydney Porter) was tried in this building in 1898 for embezzlement.  O’Henry was convicted, and he spent time in jail.  But today the building, his nearby home, and dozens of short story extend his legacy.

The building’s interior is as impressive as its exterior.  With Vice-Chancellor Sean Cunningham as a tour guide…

…we had many chances to explore. 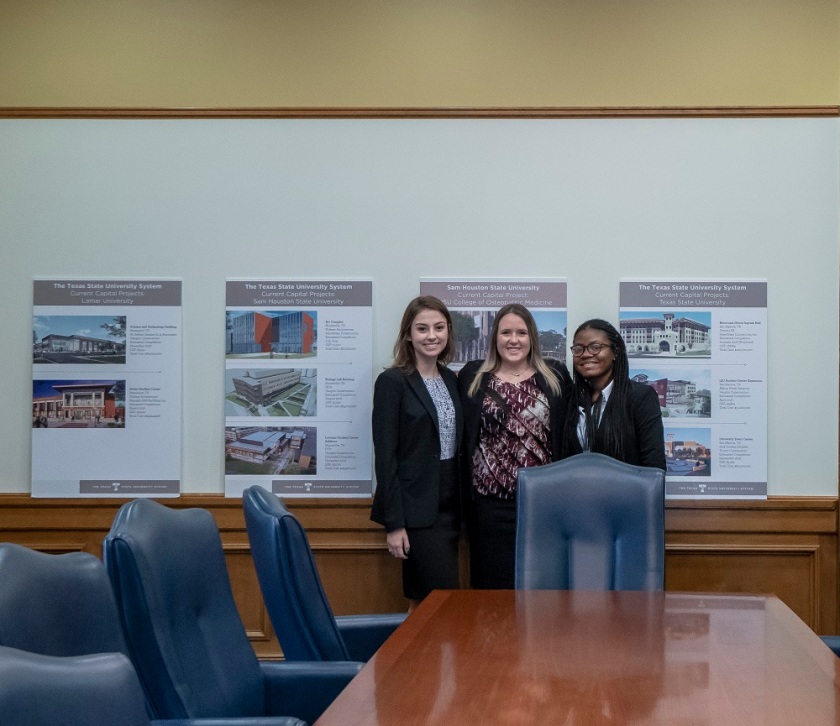 A highlight was meeting many of the staff, such as Candice Woodruff, Pierce Mitchell, and Chancellor Brian McCall.  Indeed, Cunningham and McCall agreed to a photo with us, and two of us had the chance to stand with replicas of Sam Houston’s cane!

The tour was informative and enlightening, and it helped us feel more a part of a larger process.  It was also a great way to occupy our minds while our afternoon interviews awaited.  We were grateful that the TSUS office thought of us, and appreciative we were at a University and a System where students can receive this type of support.

The afternoon brought an end to our interviews, and we headed back to Huntsville.  A final wave of students will interview later this week, and placements should be made over the weekend or, at the latest, Monday.  Until then, we will be grateful for the opportunity and reflect on all that we have learned and experienced!