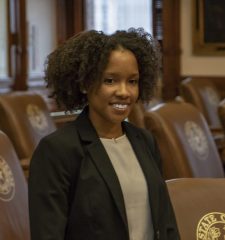 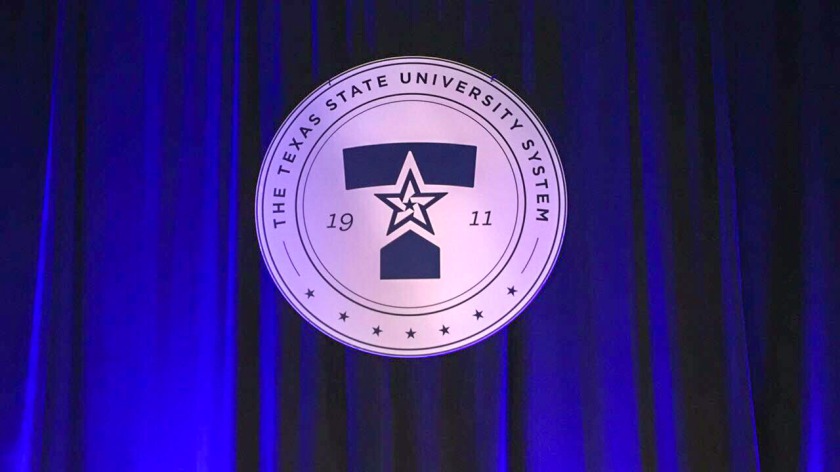 At the request of Mike Wintemute, the Director of the TSUS Foundation, the SHAIP interns happily assisted with the event by greeting guests and helping them check in at the entrance.  Among the guests were legislators, Regents, and faculty/administrators from TSUS’s seven institutions. We were glad to be able to meet the individuals who play such an impactful role in making sure that our Universities are operating efficiently and providing every student the opportunity to be successful.

Following the greeting period, we were invited into the ballroom, while we awaited the arrival of former President George W. Bush and mingled with the attendees.  The interns met the Chancellor of the Texas State University System, Dr. Brian McCall…

Moments before the event started, the interns were able to introduce themselves to the newest Speaker of the House, Dennis Bonnen.

Then, after a full day of anticipation, we  began our “evening with former President George W. Bush.” As President Bush entered the stage, every person in the room stood on their feet and erupted in  applause for the former president. The discussion first began with President Bush giving his appreciation to a Texas leader that he holds in high esteem: General Sam Houston. As students at Sam Houston State University, it gives us great pride to know that the man we represent is honored by many, including a former President. The moderator of the conversation, Mark Updegrove, moved the topic to a more sensitive subject. With the recent passing of both his mother and father, President Bush was asked about his most memorable moments of his parents. 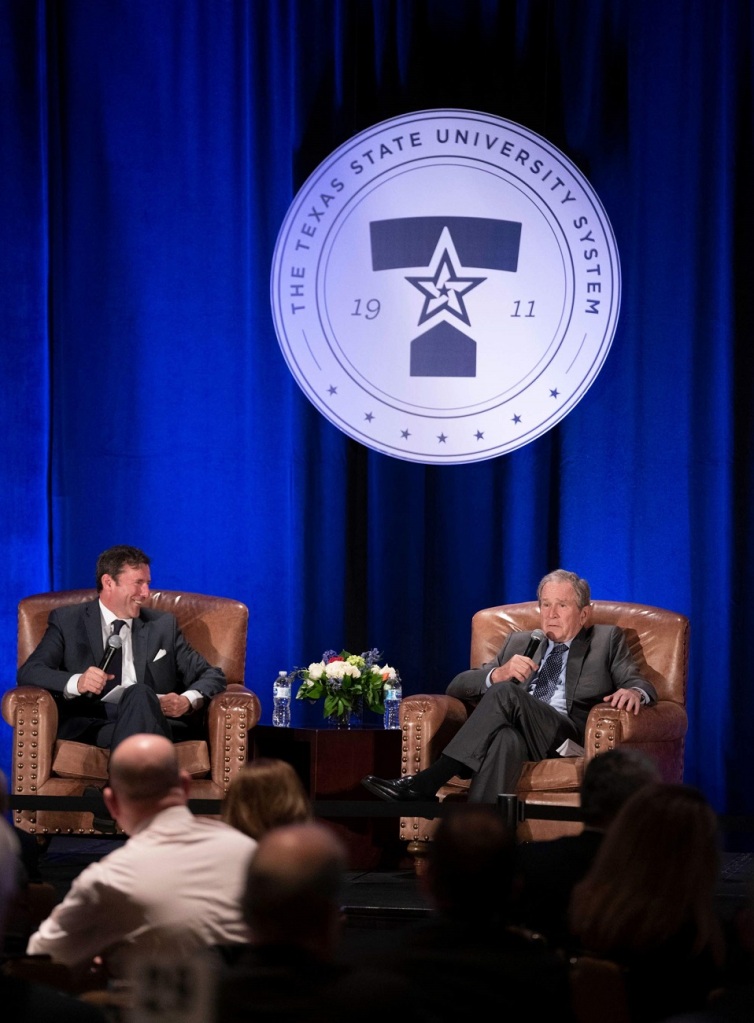 Bush recalled the final words his father said to him, which were “I love you.” President Bush said that his father’s words were very faint, but that he understood what his father was saying.   Bush replied, “I love you, too, Dad.” Bush recalled that his dad, “set an example, and he set priorities.”  The priorities included family, but it also included public service, and that set an example to his children, particularly for Jeb and George, both of whom went into politics.

Interestingly, his last conversation with his mother was also the one he described as most memorable.  And, according to him, his mother also said, “I love you,” but Bush playfully added that she described him as her “favorite child.”

Then, the conversation swerved sharply into politics. As a man who has once served as the President of the United States, he was asked to give his opinion on the current President, Donald Trump. President Bush deferred from giving his view on President Trump because he does not like to speak about the decisions a current president makes while they are in office. He knows what it is like to have everyone scrutinize every decision you make. However, President Bush did add wistfully  that the President’s speech and behavior “set the tone for the nation.”

President Bush reminisced about his presidential term, recalling the horrific day of September 11, 2001.  The former President recalled receiving the news, and acknowledging that “things we can’t anticipate or control happen and how we react will matter for a long time to come.”  The SHAIP interns found this to be good advice, not only for our careers, but also for life, reminding us that how we react to adversity will similarly shape our lives.

After holding one of the most challenging positions in America, President Bush noted that he was still learning–and he mentioned that he was now attempting to refine his work as an artist. He indicated that he is currently “specializing in puppy portrait painting.” 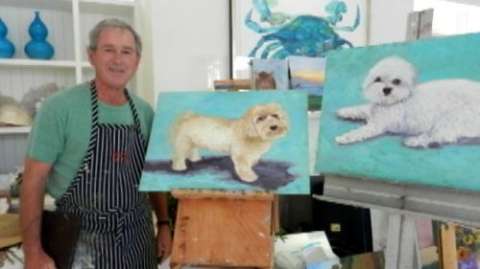 Following the discussion with President Bush, dinner was served.  Our Entrèe included Grilled Beef Tenderloin & Seared Redfish with pimiento Cheese-Potato Puree, Chive Bearnaise, and seasonal vegetables.  For dessert, we had a Flourless Chocolate Cake with Kahlua Ganache and Bailey’s Cream.

The Sam Houston Interns would like to thank Mike Wintemute for giving us the chance to attend the TSUS Foundation Gala. It was an honor to be able to represent Sam Houston State University.

We realize that not many people are afforded opportunities like this, and we will forever be grateful.