The LEAP Ambassadors and fellow students had the opportunity to attend an open discussion regarding immigration and the United States featuring the former Immigrations and Customs Enforcement (ICE) Director, Sarah Saldana, and Congresswoman Sylvia Garcia–providing us with perspectives from both the legislative and executive branches. This event was cohosted by the World Affairs Council, and the AJC Houston – American Jewish Committee.

Our moderator for the evening (Bobby Lapin, Houston Attorney) began the discussion with a history of the US’s immigration policy, a breakdown of agency niches, and an overview of how they all come together to form our current immigration system. 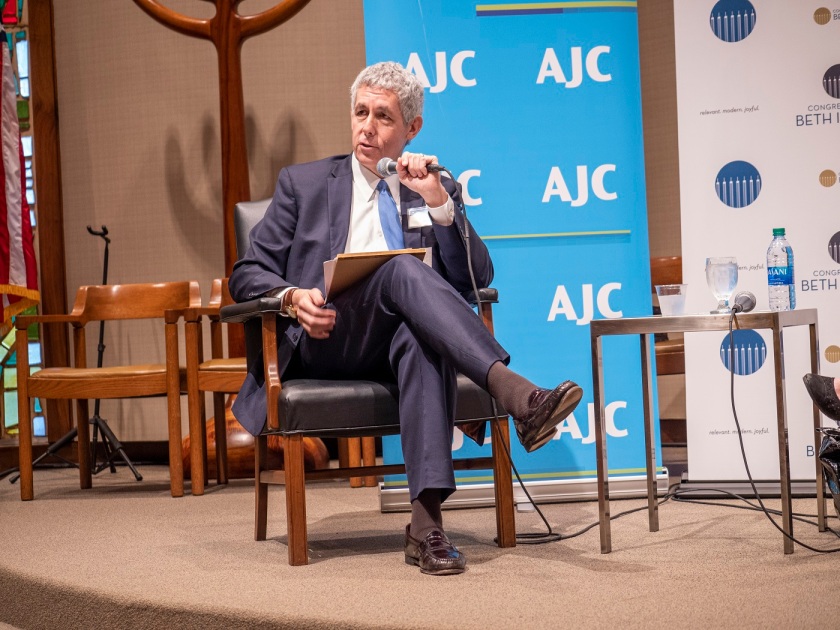 After our debriefing, the first question of the evening was in regards to recent comments made regarding the abolition of ICE as an agency. Congresswoman Garcia advocated for the abolition of ICE, and suggested a “white board idea”, essentially taking what is good within the agency and improving that, and leaving the rest.

While Mrs. Saldana did agree with the “white board idea,” she provided greater nuance to the audience, offering more information on the agency and how it can be improved without being eliminated.

The next question focused on the recent influx of refugees and persons seeking asylum and the policies that our country has in place.

Congresswoman Garcia advocated for the United States accepting more refugees and asylum seekers than the current administration allows. Mrs. Saldana explained to the audience how the processes of a person seeking asylum and a person seeking refugee vary and the amount of people that are granted asylum/refugee are different in this current administration than the past.

Our conversation continued with the moderator asking what could be done to improve our current immigration system. Congresswoman Garcia spoke about the legislation that the House has passed that will hopefully improve the system if passed by the Senate.

Mrs. Saldana advocated for change in policy, specifically targeting policies the current administration has on immigration.

The talk was very informational and we were lucky enough to get a picture with our moderator, Congresswoman Garcia, and Mrs. Saldana.

As readers of our blog know, we try to tie our food choices into the topic of the event we participate in.  Because much of immigration policy hinges on our relationship with Mexico, we chose Arnoldo Richards’ Picos as our dinner venue. Picos features a variety of Mexican food from each of the different regions. Our table started with two variation of salsas, rojo (red) and verde (green, Maggie and Miranda’s favorite) and fresh guacamole.

Although we almost always opt for dessert, we were too full this time, and we headed for home, full of food and knowledge!