We arrived to find a packed location, which is not uncommon for a Saturday morning. We tried a variety of pastries including avocado toast topped with a fried egg…

….a homemade strawberry pop-tart, and a savory ham and Swiss croissant and several others. A table favorite was the Black Bear Toast, which was a cinnamon raisin toast topped with almond butter, fresh bananas, and blueberries, topped with a generous amount of house-made granola.

With full stomachs and caffeine, we headed to our first stop of the day—Heifer International. 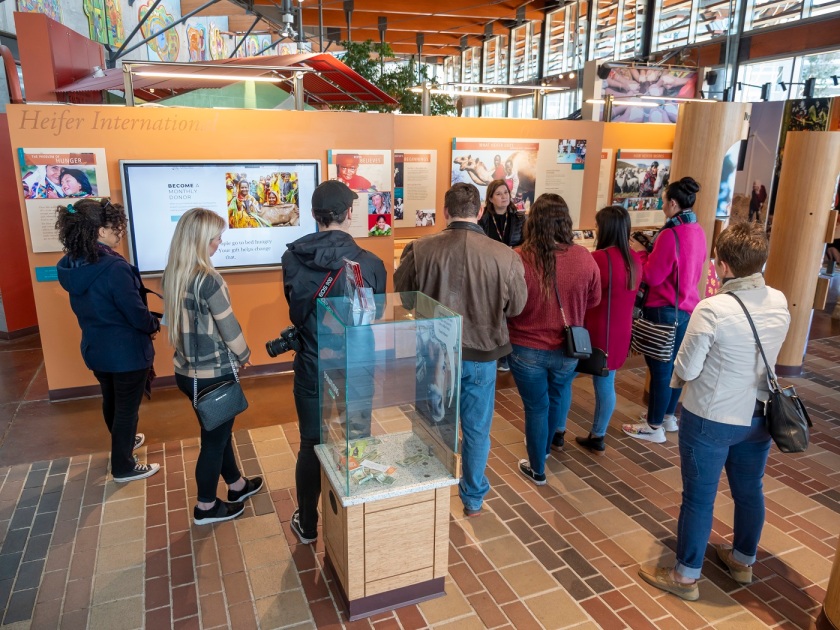 Originally created by Dan West, Heifer got its start in Spain after the Spanish Civil War, when Mr. West decided to bring cows to the suffering nation, so as to provide them with a sustainable method of living.

Part of this philosophy is the notion of passing on gifts, which Heifer tries to instill into the mindsets of those they impact.

Next, Jennifer told us about Heifer’s 500-mile radius policy. In the past, the company would send cattle and other food and supplies to countries in need via ship, brought by volunteers nicknamed “Seagoing Cowboys.” This proved to be a costly and time-consuming method, so they adopted the policy to only purchase the necessary food and supplies from within the area in need or in neighboring regions. This not only cut down the cost and time of getting things there, but also invested money into the region, thus helping out the area’s economy.

Another aspect of the Heifer philosophy is sustainability. Aside from helping disadvantaged people cultivate their lifestyles into survivable habits, they also aid them in the search for markets around the world for them to sell their products to. In doing so, they ensure that these people make livable wages and can survive and thrive off of their industries.

After we learned about Heifer’s work within the United States, including connecting small farmers to markets and teaching organic farming methods, Jennifer to us to the Heifer HQ office, which is a LEED Platinum certified building designed by Reese Rowland. Rowland designed the building to be environmentally friendly and sustainable. Thanks to its many large windows, its east-west orientation, and its relatively narrow 62-foot width, natural sunlight permeates the building, reducing the need for artificial light, even on cloudy days.

A majority of the materials used to build and decorate the building were purchased from local businesses. The LEAP ambassadors were amazed to find out that the building’s insulation was comprised of the cotton from T-Shirts!

We wrapped up our tour of the office by visiting the John Gill conference room, where the Program Directors for Heifer’s international projects meet for conferences. These directors are always representatives from the nations helped by Heifer, individuals who know the region, and the abilities and needs of the people. This is the final aspect of Heifer’s philosophy: the respect of culture and tradition.

After the tour, we enjoyed the fair-trade gift shop, which consisted of interesting and unusual souvenirs, such as journals made out of recycled paper and jewelry and clothing made by artisans around the world. All in all, we had an excellent and extremely informative tour, and each of us left with a newfound appreciation for the work of Heifer International.

After walking around the downtown area, we went to The River Walk Market for lunch. The Market is set up like a food court with different food vendors offering a variety of options. A lot of the vendors were closed, so a majority of us settled on Indian food, while a couple others enjoyed pizza. We had the choice of two meats that came with rice and naan bread. Our meat options for the Indian food were chicken curry, pork curry, chicken shawarma, and chicken tikka masala.

It was all so delicious! Next stop, the Old Mill!

If you’ve ever watched “Gone with the Wind,” you’ve watched the world’s highest-grossing film. And if you didn’t blink during the opening credits, you have also seen “The Old Mill.” 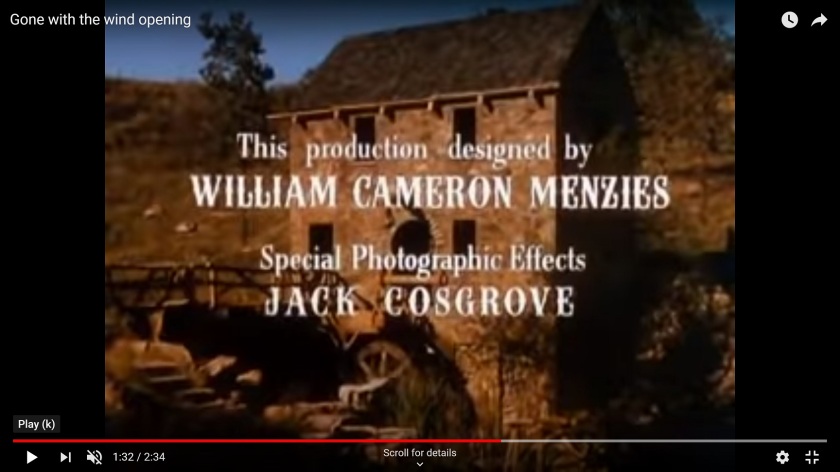 A recreation of an 1880’s water-powered grist mill, the Old Mill was built with the idea of preserving the 19th-century mode of life in Arkansas. 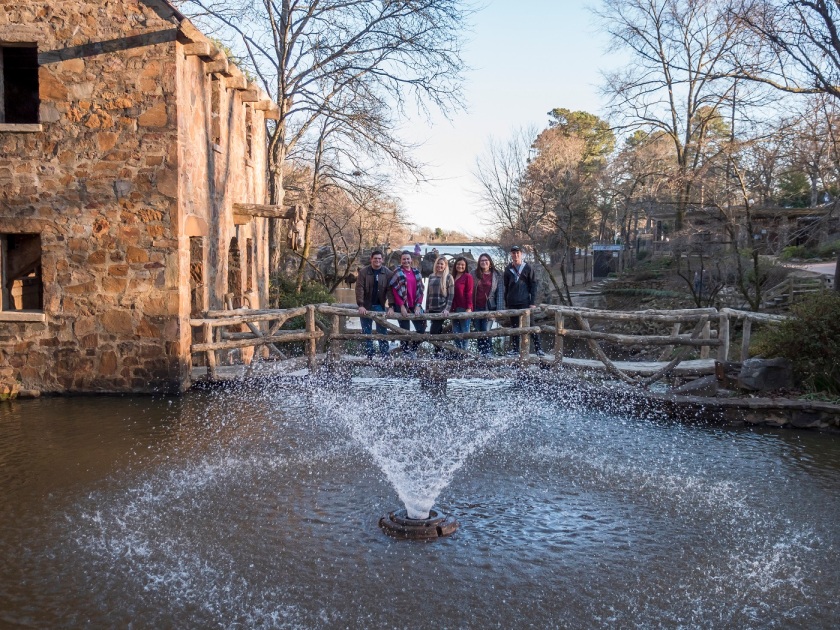 The Park was built in 1933 by Justin Matthews, with Frank Carmean as architect and (Texan) Dionicio Rodriguez as sculptor.  It was recognized in 1986 as a site on the National Register for Historic Places.

It’s photogenic qualities make it a natural for weddings and graduation photos, and while none of us are getting married or graduating (at least not this month), we took full advantage of its photo-friendly confines.

These photos included not only the picturesque Mill… 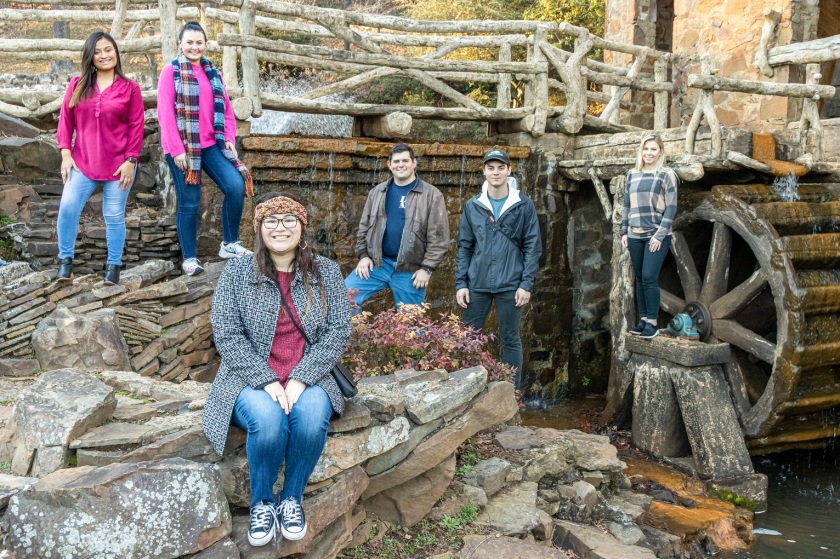 …and other assorted shots! 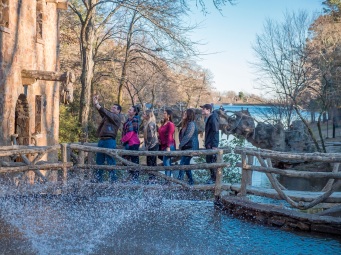 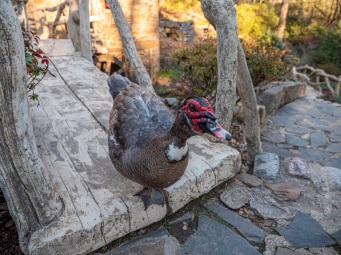 With time left to spare for the day, we decided to watch the movie “Bombshell.” The movie is based on a true story of Gretchen Carlson’s lawsuit against Roger Ailes, and it captures a moment of the “#METOO” movement.

Our last stop was dinner at Big Orange, a burger and shake local state joint. We decided to take our food to-go to eat comfortably at the hotel. We enjoyed their famous shakes in a variety of different flavors including strawberry, Nutella, chocolate, and the Abita Brown Cow float. We also ordered different burgers with our choice of protein, fries, a sandwich, and a bowl of chili. After an informative day, it was time to rest for the next day of adventures!