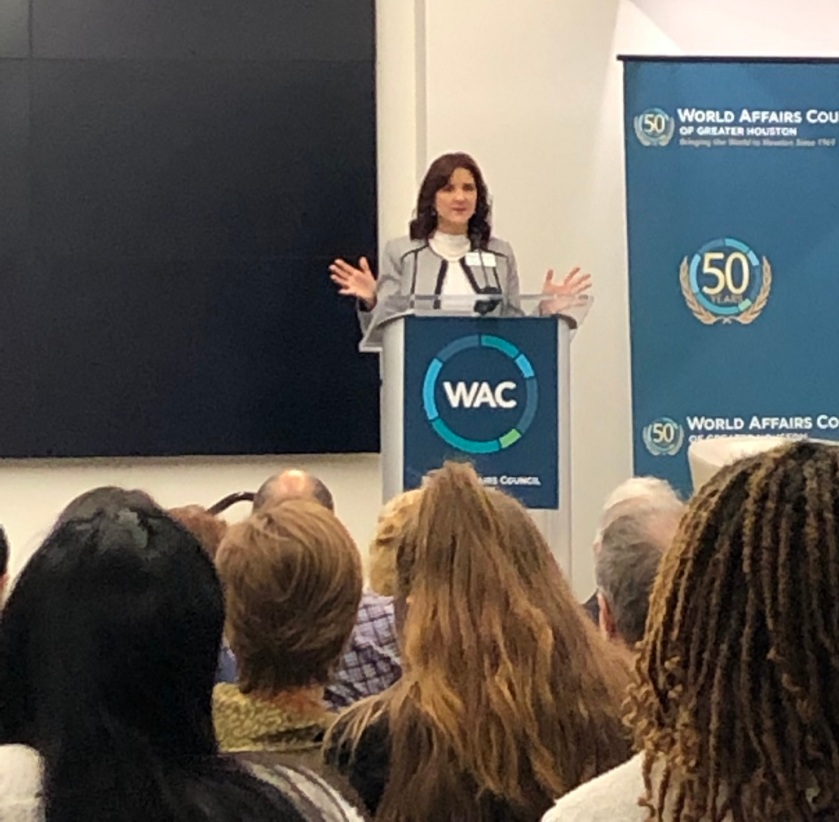 …introduced Ambassador Garza, who served as the US Ambassador to Mexico from 2002-2009.

Ronan O’Malley, WAC’s Program Director, moderated the discussion, hitting on topics such as immigration, border security, and how trade is affecting our southern neighbor.

Ambassador Garza spoke about agricultural trade and policies, as well as how the current administration has affected Mexico’s imports and exports. An interesting note from Ambassador Garza was that by regulating where goods come from and who produces them, a country is no longer practicing “free trade” and is instead enforcing “managed trade.”

An example he used is that if a trade agreement specifies percent of goods sold based on the minimum wage of workers producing a product that is not a form of “free trade.”

He also discussed a problem that our future generations will be facing, how to train and prepare people for the next wave of jobs that will be lost due to increased technology. This will be an upcoming conversation starter for immigrants looking for low income jobs in construction, manufacturing and agricultural fields.

We didn’t have a lot of background information on Mexico’s current and former presidents (although we apparently had about as much as Senator Klobuchar )and , but Ambassador Garza did discuss some of his views on their administrations. He described the current president as “left leaning” and had a few things to say about his “nationalistic views of energy.”

Of course, during questions from the audience, Ambassador Garza addressed the “drug phenomenon” taking place at our southern border. He used this time to address law enforcement corruption and spoke briefly about the weak rule of law and general sense of impunity within the country. Also during Q&A at the end of the event, Ambassador Garza touched on American politics, urging voters to hold their elected officials accountable during the upcoming elections. He discussed our “broken immigration system,” saying that other options need to be debated within our own government instead of leveraging other third world countries into doing our dirty work.

It was a great opportunity to learn more about our neighbor to the south, and particularly appropriate for SHSU students–approximately 25 percent of SHSU’s student body is Hispanic, and approximately 40 percent of our LEAP Ambassadors have been Hispanic. 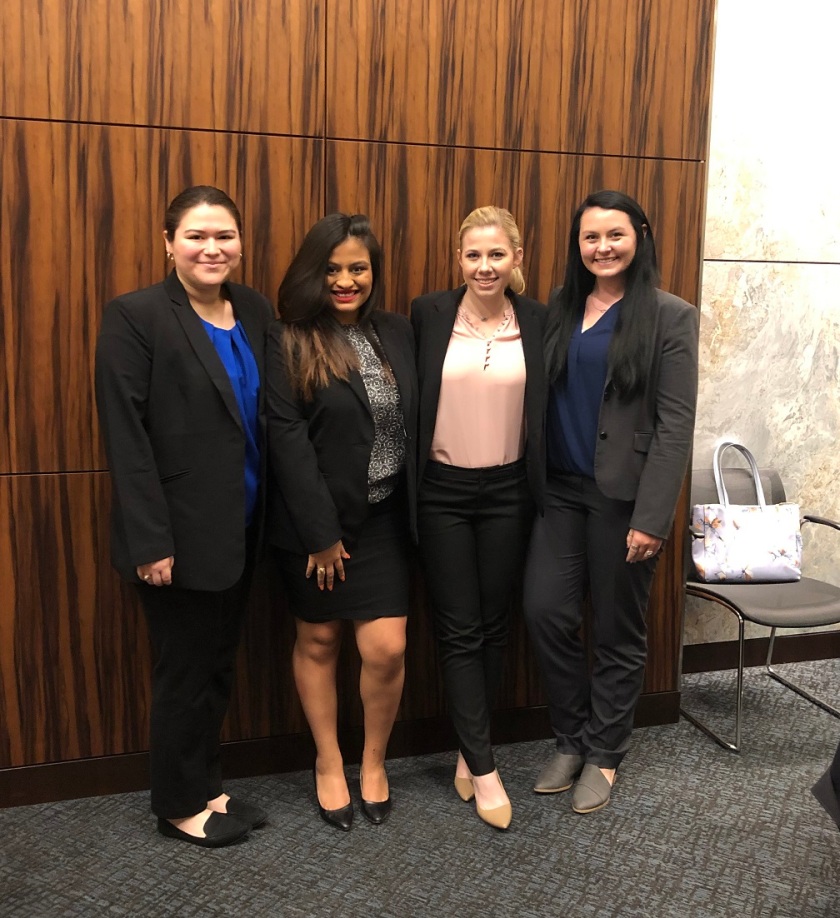 Following the event, we headed to The Original Ninfa’s on Navigation for some iconic Tex-Mex. Starting with an order of queso that did not last long, our table hosted Diablo Shrimp Tacos, the Tejas Combo, and Enchiladas among a few other staple Tex-Mex plates to finish our evening. 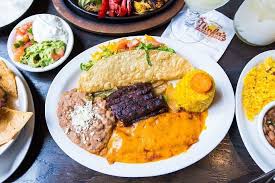