The LEAP students headed out early this morning, leaving Huntsville at 6:58am.  Our goal: four days chock-full of learning in Little Rock, Arkansas.  Our first day goal was primarily to get to Little Rock, while learning as much as possible along the way.

Our first real stop of the day was lunch at Mother Kelley’s Home Cooking in Texarkana, TX.  We arrived just in time to beat the lunch-hour rush. Opting for some serious soul food, our table food selection consisted of chicken fried chicken, fried pork chops, chicken spaghetti, green beans, mashed potatoes with white or brown gravy and, of course, cornbread. 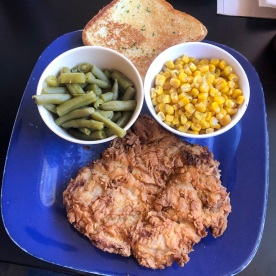 We can all agree it was the best southern cooking any of us have experienced, and the service was excellent.  The staff were friendly, they helped us with  our options, and this combination of service and food has apparently paid off for them–they have an average rating of 4.8 on Google.  Much to our excitement, the famous cook and owner, Sheila Sutton, agreed to take a selfie with our table!

Professor Yawn warned us that we couldn’t let a heavy lunch take its toll on our alertness, because we had a full day ahead of us.  That proved to be a bit of a challenge, but we still had several learning opportunities in front of us, so we soldiered on.

Our next learning opportunity came while we still in Texarkana, and in some respects, was the most unusual learning topic of the trip.  In 1946, a serial killer terrorized Texarkana, and we each read up about that episode in crime history in preparation for the trip.  We also watched one or both of the films: “The Town That Dreaded Sundown.”  They weren’t very good films, but the story is intriguing.

For several months in 1946 a serial killer attacked people–mostly young people–in the town of Texarkana.  In all, eight people were attacked, with five of them killed.  He was known as the Phantom Murderer, and, as noted above, two films were made about the killer, one in 1976 and another ( a sequel of sorts) in 2014.  Interestingly, the town shows the 1976 version of the film every Halloween!

We stopped by some of the locations of the murders…

….drove by some of the locations of the film, and discussed how criminal investigations have changed in the last 75 years, before turning to more pleasant subjects.

Shortly after crossing the Arkansas state line, we drove into Hope, Arkansas, the town in which our 42nd President–Bill Clinton–was born. We were privileged to meet Park Ranger Michael Simpson, who led a great tour of the National Historic Site. 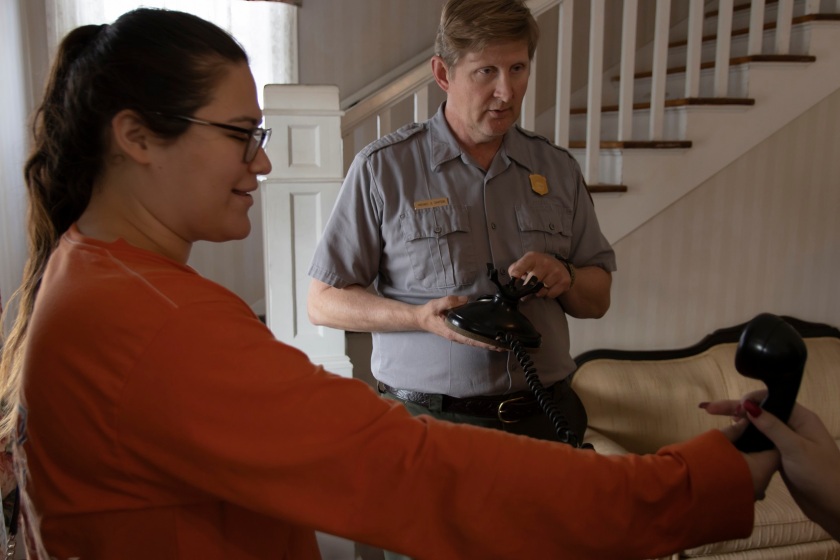 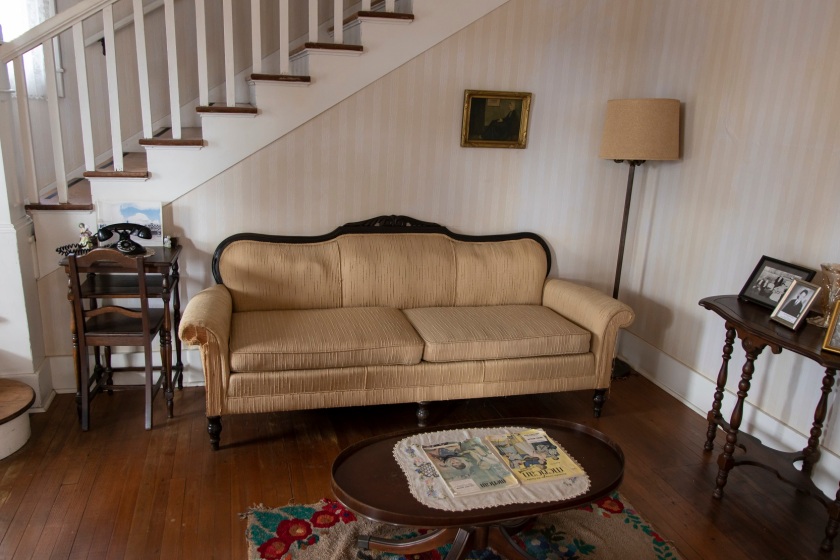 The home is large, especially for a home built in the early part of the 20th century.  It is filled with photos of Clinton, as well as period details, such as the “Cowboy Comforter” that adorned the young Clinton’s bed.

We also learned much about the period: including how iceboxes worked, how laundry was done in the 1940s, and  ways of cooling a home in a pre air-conditioned world.

We much enjoyed the tour, but with a schedule to stay on, we headed on to Little Rock.  Before going, however, our tour guide, Ranger Simpson, suggested that we try “Three Fold Noodles” in Little Rock, if we wanted a good dinner.  We wrote down the recommendation, and we headed on our way.

Upon arriving in Little Rock, we decided to walk alongside the river for a mile or two, enjoying the scenery.  Little Rock has numerous bridges, most of which are pedestrian friendly.  We enjoyed the view from one of the bridges…

…while also trying our hand at “phone-booth stuffing,” a 1950s fad.

Alongside the Arkansas River–which runs through the town–Little Rock offers a linear park adorned with art, amphitheaters, shopping, and recreation.  We availed ourselves of some of these options, particularly one of their playgrounds.  While this may be perceived as a childish choice…

…it really is a fantastic playground, with rock-climbing…

…tunnels, a long and very fast slide, and a jungle gym. 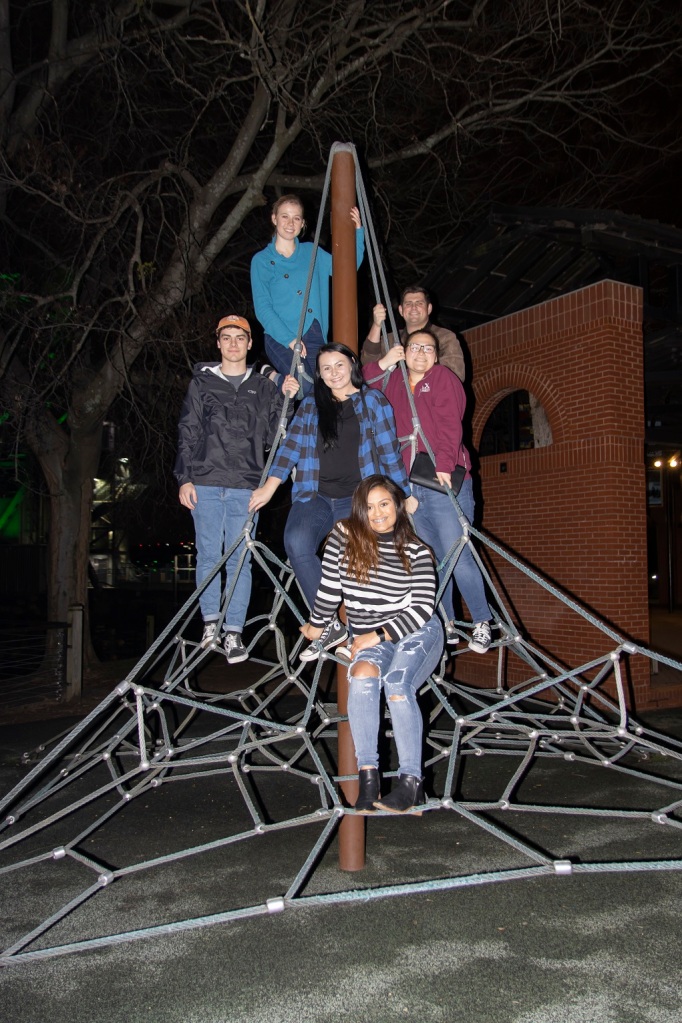 But with all this activity, we were ready for some food, and we took up Ranger Mike’s suggestion to try Three Fold Noodles.

The minimalist, counter-serve place holds true to their name by offering different dumplings and noodle bowls. As we waited for our dishes, we tried their house-made Taro chips which offered a delightful balance of a salty and sweet flavor. A favorite among the group was the dish entitled “Half and Half” which allowed us to mix and match dumplings along with their signature noodles. 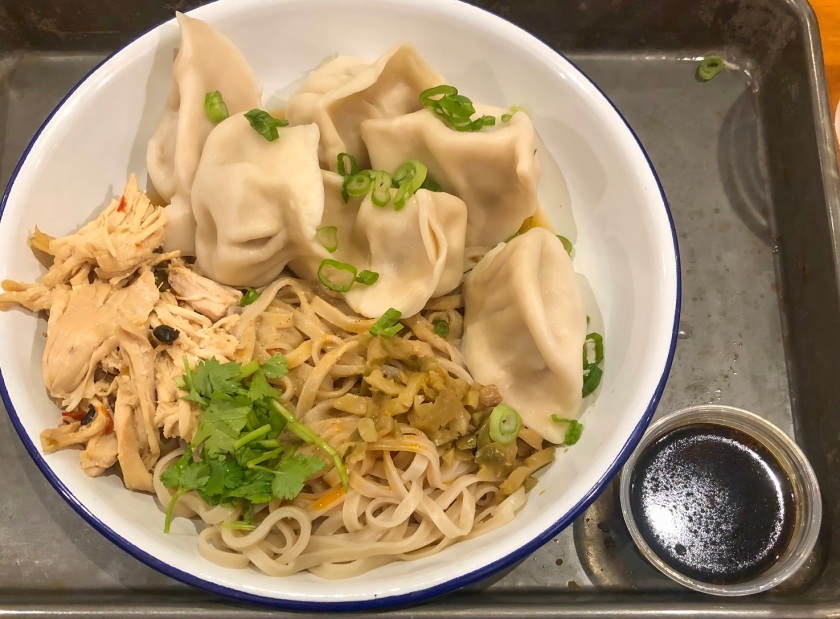 Some tried a combination of the traditional pork dumplings with a house-made noodle accompanied with chicken and a dumpling sauce, while others opted for all chicken or pork.  The menu also offered traditional pan fried (or steamed) dumplings… 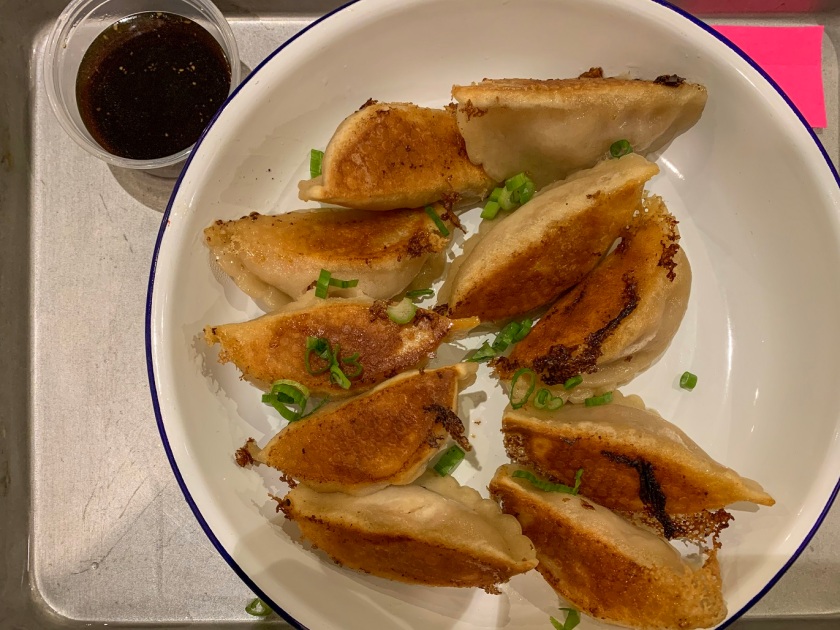 …a dumpling soup that featured a signature slaw and broth that tied the flavors of the dish together. 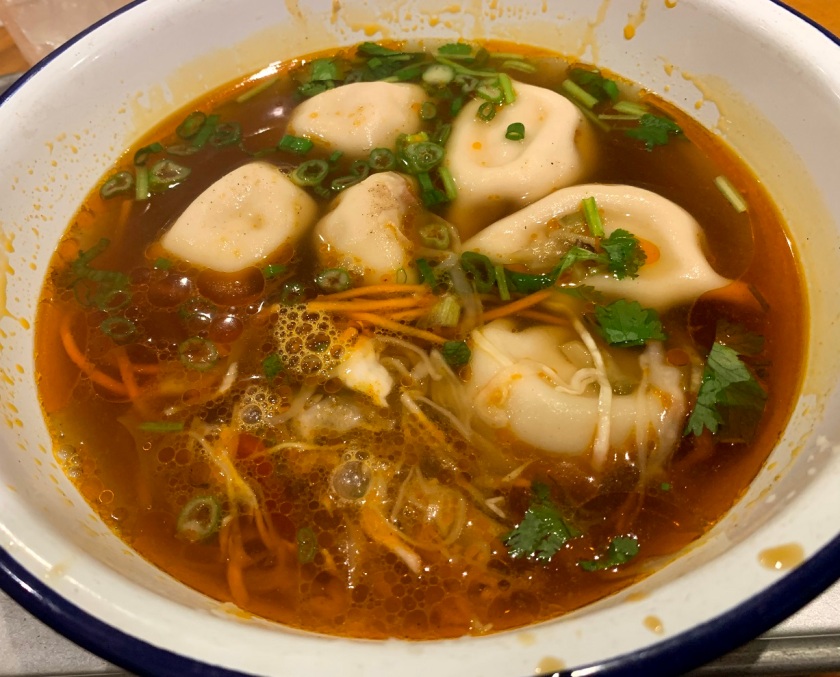 …and there were even sandwich offerings.

To make the most of our travel and cultural outing, we made each one of us tried a different menu item, so that we could share, family style.

And, like a family meal, we left the restaurant with full stomachs, headed back to the hotel, excited about our first day in Little Rock.