Brian Kilmeade and The Alamo Avengers

Put on by the Sam Houston Memorial Museum, and hosted at the Walker County Education Center, Miranda and I enjoyed Mr. Kilmeade’s energetic and humorous presentation. As he put it himself, he was quite enthusiastic about Texas history for a New Yorker. He was introduced by Mac Woodward, the former mayor of Huntsville and the SHMM Director. 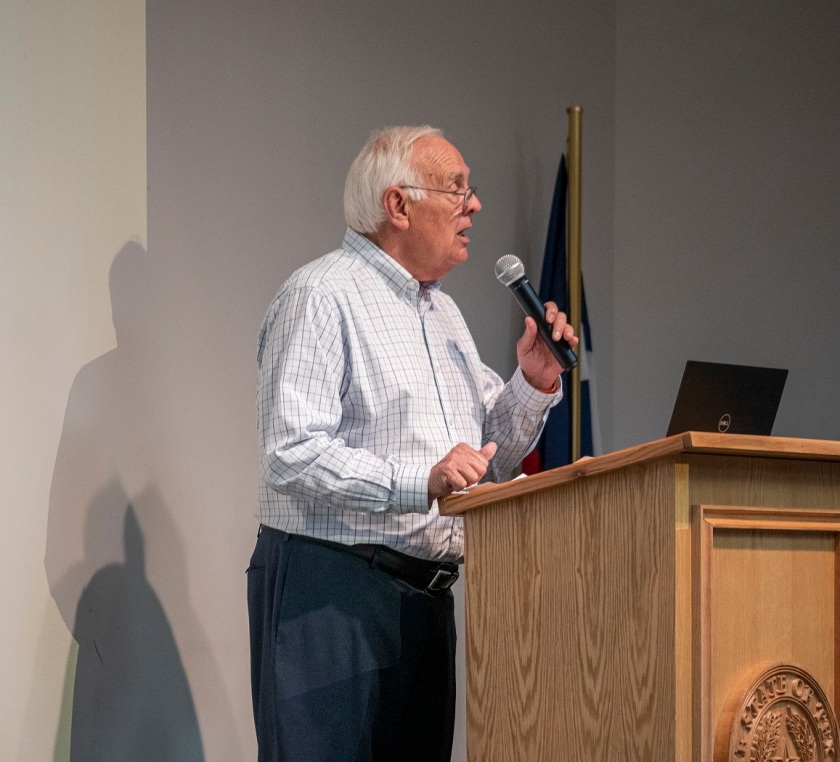 Mr. Kilmeade then began by sharing how he got started in writing historical accounts such as the book in discussion. We learned that he had a passion for history, especially that which very few people were aware of. He told us about another of his novels, George Washington’s Secret Six: The Spy Ring That Saved the American Revolution, and explained that what drew him in was the relatively unknown fact that these six people did more for the American Revolution than anyone else. 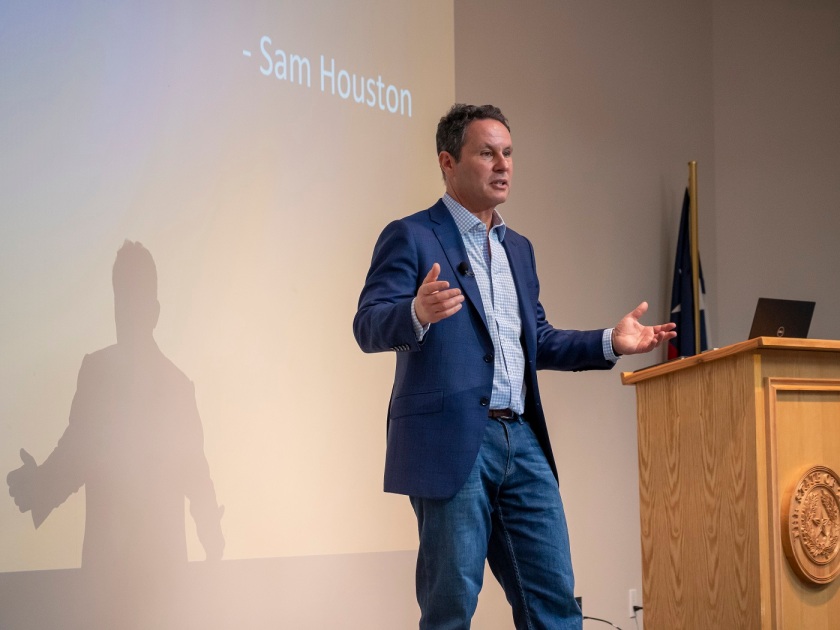 According to Kilmeade, intelligence agencies like the CIA still keep records of and analyze the tactics of these spies, as they were groundbreaking for gathering intel.

He then spoke a great deal about Sam Houston, and his relationship with Andrew Jackson. Houston served in the War of 1812 under Jackson, who was a general at the time. Apparently, Jackson became Houston’s mentor, and was grooming him throughout their friendship to become president one day. He supported Houston’s endeavors, and helped prepare him to lead settlers to Texas. Kilmeade said before this, Houston had tried his hand at being a farmer, being a clerk, and even spent time living with a Cherokee tribe. 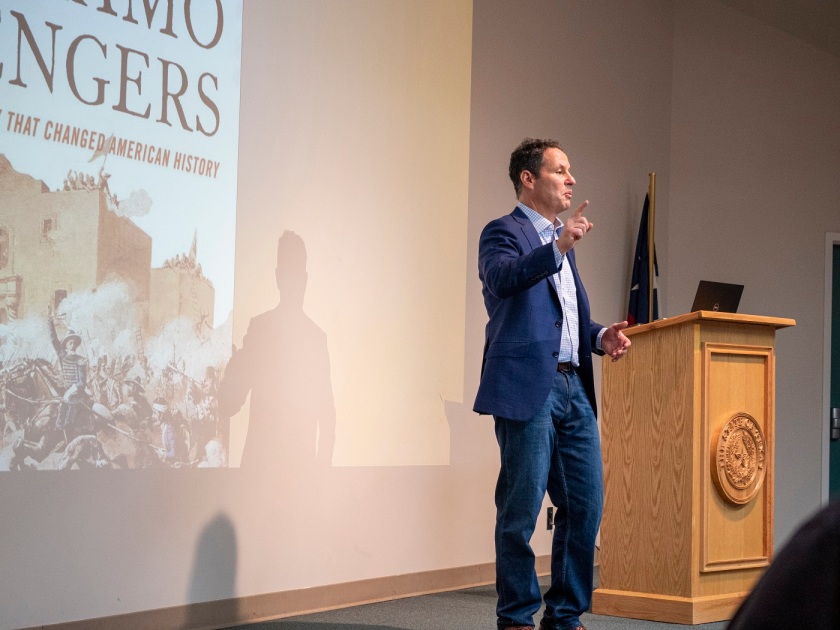 Mr. Kilmeade spoke about how the fight for Texas was largely demonstrative of the American spirit; it was fought for by pioneers, many of whom risked everything to start a life in Texas. He mentioned that courage is great, but it needs to be calculated.

After the Battle of San Jacinto, Kilmeade said that, although Sam Houston may have wanted to avenge the lives lost at the Alamo, he instead honored their memories by maintaining his composure while negotiating with General Santa Ana, and succeeded in gaining Texas from Mexico. 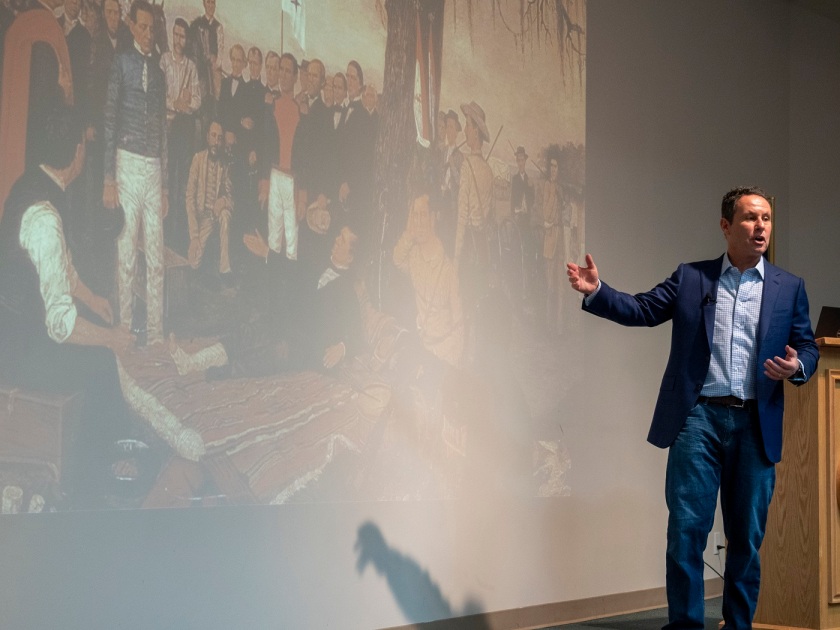 Kilmeade then wrapped up his talk with a few questions, talking about his writing, his career, and the political climate. He consistently praised American values, and deemed Sam Houston as an all-around American man.

After the lecture, we were able to take a picture with Mayor Woodward… 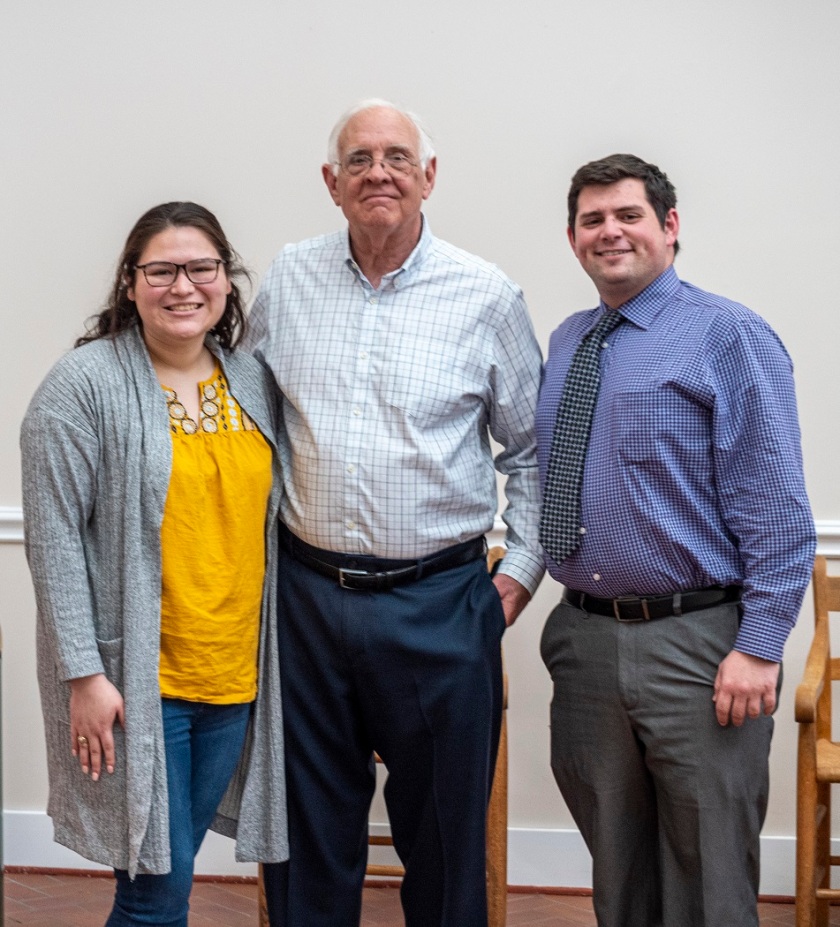 and exchange a few words with him and his wife, Leanne. We enjoyed hearing about our university’s namesake, and having the chance to hear someone speak so passionately about his life and contributions to Texas.