Amid the limitations of COVID-19, the Pre-Law Society kicked off the new semester virtually by way a Facebook Live interview with attorney and SHSU alum Chris Tritico!

Tritico had many great stories and advice to share, including his time working with the legendary Richard “Racehorse” Haynes. 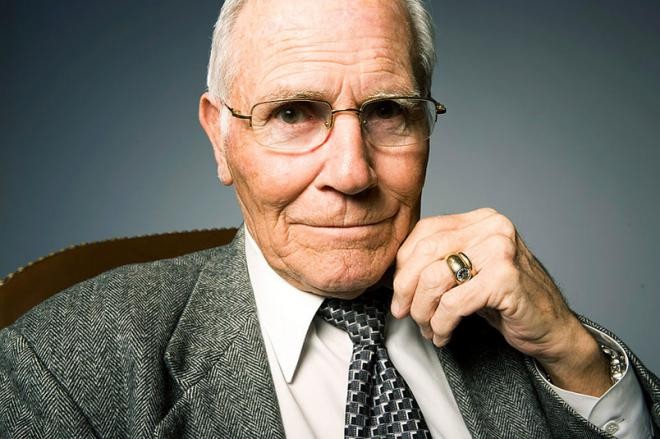 He talked about how Haynes could cross-examine a witness by slicing questions – or slightly changing the question – until he got the answer he felt was the truth.

He then shared a story about Haynes and his work on the trial of Morgana, the “Kissing Bandit,” a woman with large breasts… 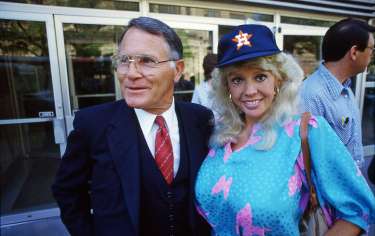 …who had a habit of interrupting baseball games by running across the field to kiss a player.  She did this once during an Astro’s game, and kissed Nolan Ryan. 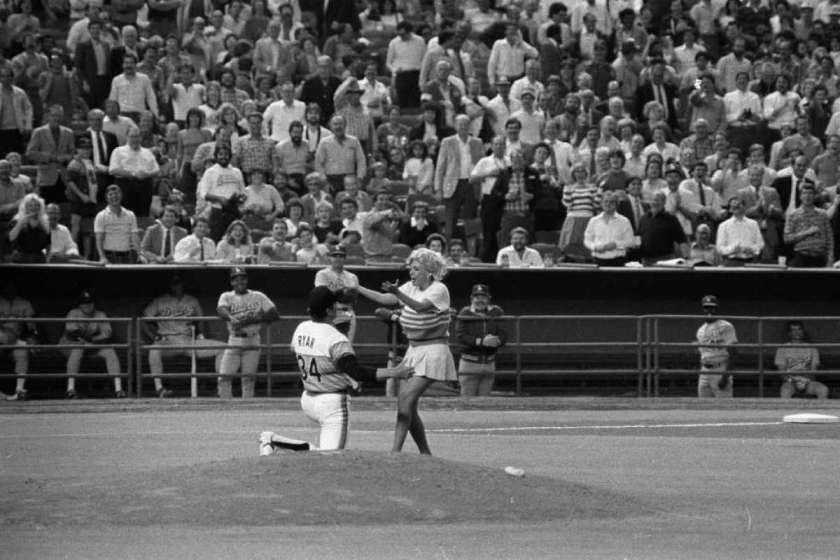 She was arrested for this and charged with trespassing. When the case went to trial, she hired Haynes to represent her, and when asked what her defense was for trespassing, Hayne said simply, “Gravity.” He argued that she was trying to catch a foul ball, ended up falling over the fence, and decided to kiss Nolan Ryan while she was there. The case against her was dropped.

Tritico went on to discuss his own career, sharing that he eventually left and started his own law firm. Early on in his career, he became a go-to for educational law. He met someone who had been arrested and was a member of a teacher’s union, in search of representation. He told the person to go to his union, and find out who their attorney was, and sent him on his way. Shortly thereafter, a grateful leader within the teacher’s union – which happened to be the American Federation of Teachers – offered the role of union lawyer to Tritico. From then on, he became an expert in educational law.

One of the most moving stories of the evening was the story of Old Main, the most architecturally interesting building on SHSU’s campus. 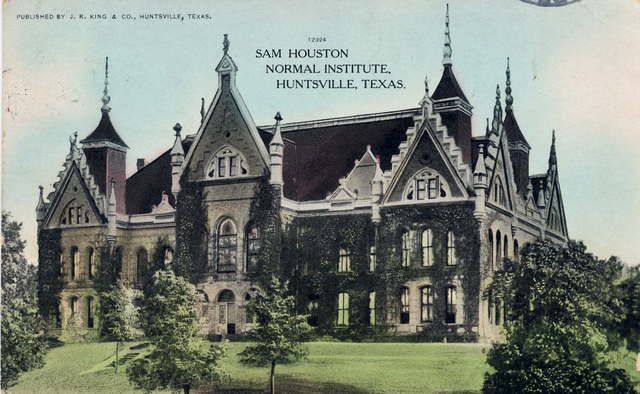 In the early morning in February 1982, when Tritico was President of the student body, he got a call that Old Main was on fire.  He rushed to the scene and asked Dean Powell what he could do. He was told to keep students away from the fire and wait for someone to relieve him. He ended up standing there for 17 hours. 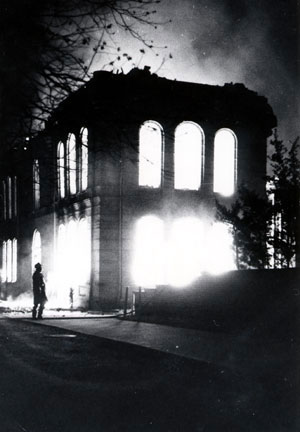 The discussion came to the long-awaited topic: Tritico’s time representing Timothy McVeigh in the wake of the Oklahoma City bombing. 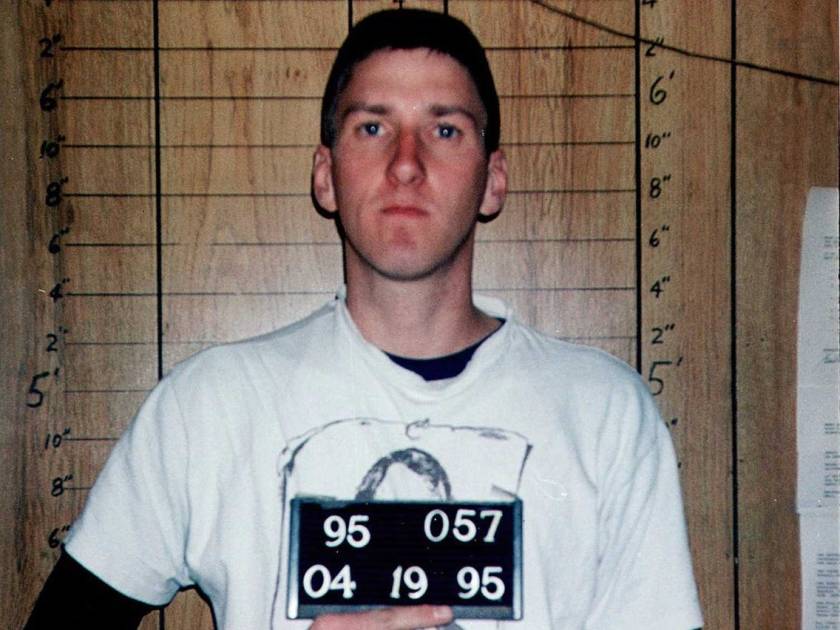 When interviewing with the existing attorneys to see whether he would be hired, Tritico was told that the attorneys were hoping to bring on a woman as additional counsel.  Tritico responded, “If it means that much to you, I’ll wear a dress!” With that comment, he was hired, and worked on one of the biggest cases of domestic terrorism to that date. 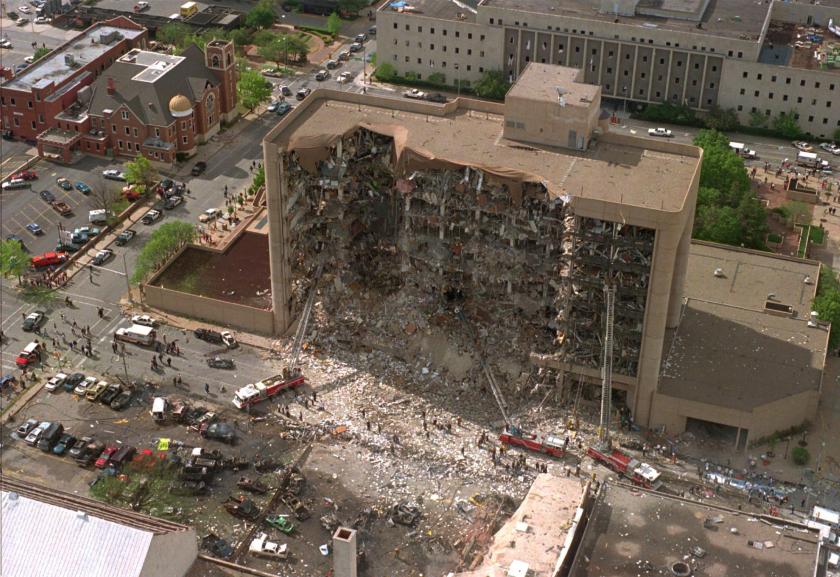 We wrapped the evening up with a brief Q&A session. (Disclaimer: questions and answers are paraphrased.)

A: My job is not to support or condone the actions people take, my job is to protect and uphold the rights guaranteed by the Constitution.

Q: Can you tell us about “Potty-gate?”

A: There was a woman at a George Strait concert at the Astrodome who needed to go to the bathroom, but there were more men’s restrooms than women’s, so she went into a men’s bathroom and did her business. When she came out, two police officers were there to arrest her for violating an ordinance not allowing people to use the restroom of the opposite gender to cause a disturbance. She was acquitted after two days.

Q: Can you tell us more about the painting behind you?

A: This was painted by my wife, Debbie, and shows the reunion of me with my one-year-old son following my return from the McVeigh case. It brings tears to my eyes because I was away for a work often when he was younger. (This story brought tears to everyone’s eyes.) 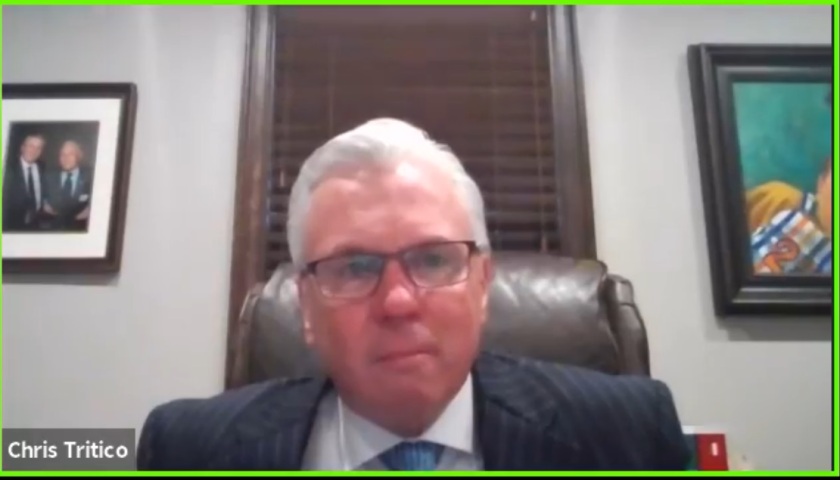 In spite of the challenges presented by COVID-19, we are excited to get started with a new semester in the Pre-Law Society! We look forward to talking with guests we may not always be able to talk to in person, finding creative new ways to interact with each other, and learning as much as we can about the law.