After three days attending the Texas Tribune Festival, LEAP students prepared themselves for a somewhat relaxed day of learning about art.  But first, the crew headed out for lunch at the New World Deli.

After getting to sleep in a bit after a long weekend traversing the Festival, we started our last half-day in Austin with brunch at New World Deli. We were greeted by friendly staff, and all ordered various soups and sandwiches. Among the many dishes ordered, a common one was the Broccoli and Cheese soup, which everyone agreed was scrumptious!

The sandwiches that we ordered weren’t the only things grilled at the table; Professor Yawn questioned each of us in turn about our favorite activities of the trip. First, we were asked to reflect on our favorite Texas Tribune panels, which included “Education Reform That Makes the Grade,” “From Deployment to Employment,” to “The Consequences of Gun Violence.” 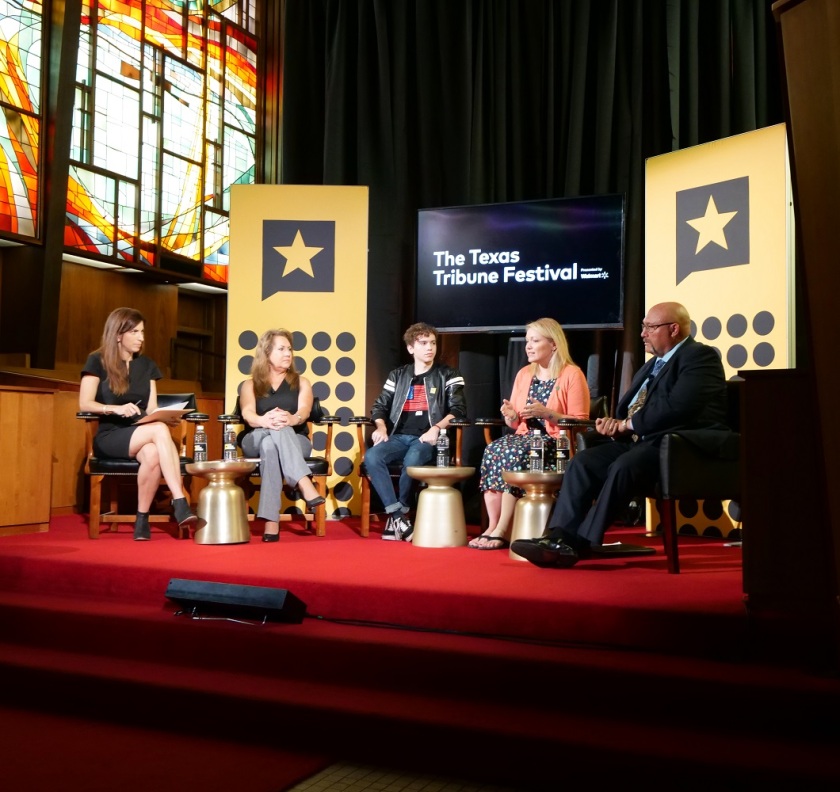 Then we were asked which speaker we enjoyed hearing from the most. The answers ranged from Beto O’Rourke and Eva Guzman to Wendy Davis. Next, we all tried to distinguish our favorite group activity. However, no one could choose between Mr. Arredondo’s art studio… 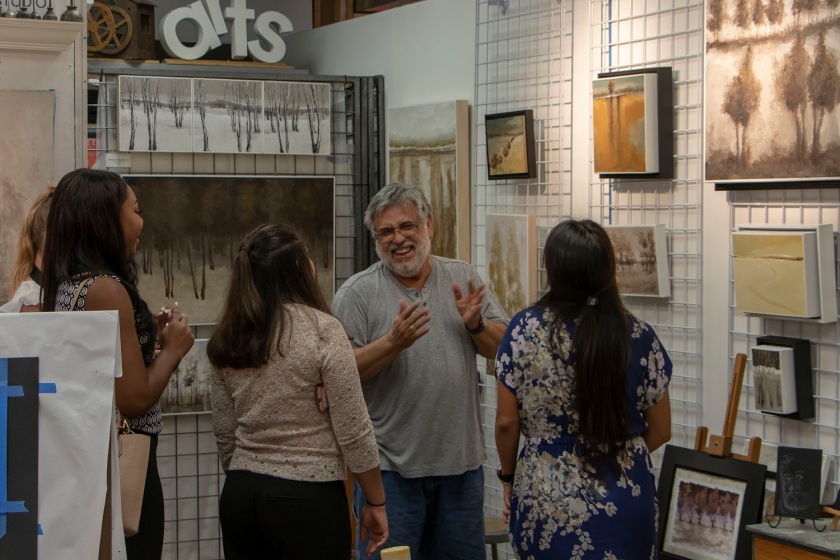 and the Segway tour!

Both were unique and unforgettable experiences in their own regard.

After finishing our meals, we ordered a smorgasbord of sweet treats. We finished out our time at the New World Deli with brownies, chocolate cake, gluten free cookies, and key lime pie. After indulging in dessert, we made our way to our last stop: The Blanton Museum of Art.

At the Blanton Museum of Art…

…we were taken back to a time when art was a catalyst of revolution and change. Today we wandered through centuries of historic change from different cultures and societies. As we walked through The Blanton Museum of Art each piece held a different message. We saw many pieces by many of LEAP’s favorite artists such as Thomas Hart Benton…

My personal favorite was one of the pieces from the Carl & Marilynn Thomas collection known as “La Muerte de San Jose,” which translates to “The Death of Saint Joseph.” This piece was filled with many colors that blended so smoothly together that it was hard to understand where the focal point was but it was clear that the painting represented something important. It also added to the reality of Saint Joseph’s death, from the angels above his body, to his pale skin, and finally by Jesus placing a final blessing on him as he dies. 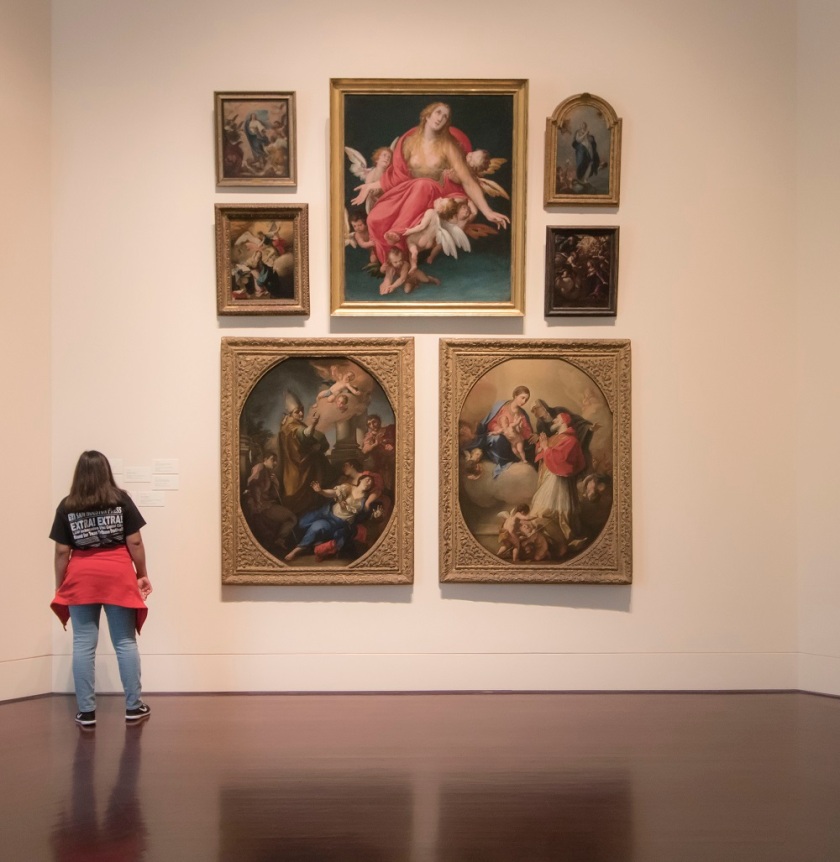 I was so captivated that I didn’t realize the rest of the group had continued on to the next exhibit and had to catch up!

Another favorite among the group was a piece by Cildo Meireles. It is a contemplative space that is meant to symbolize the Jesuit oppression of the indigenous Tupi-Guarani peoples of Brazil during colonial times. 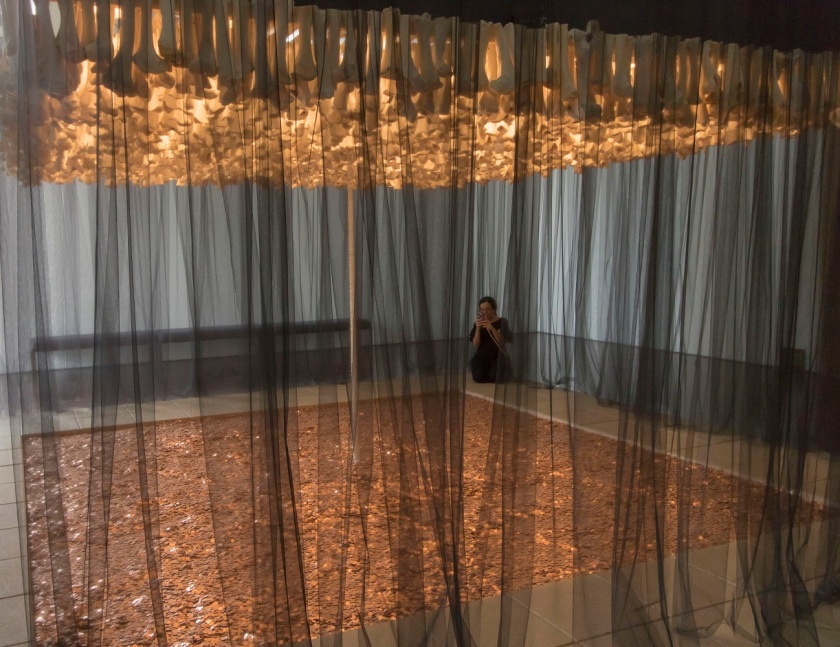 The installation uses a line of 800 communion wafers that is strung from a ceiling made of 200 cattle bones and hangs down and connects to the floor which is strewn with around 600,000 pennies. The entire piece is shrouded in black gauzy fabric which is meant to represent life and death. The string of wafers connecting the bones and coins symbolizes the connection that spiritual power had between the suffering of the indigenous peoples and material wealth that resulted from their colonization. 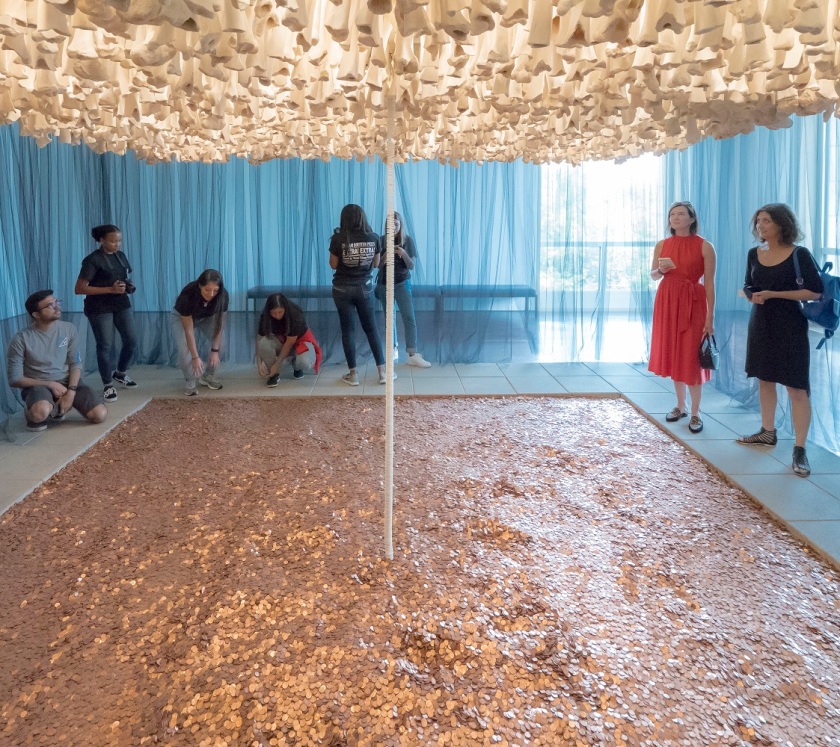 After meandering all the way through the museum, it was time to explore “Austin” which is perhaps more well known simply as the Ellsworth Kelly chapel. As it is relatively empty, we only spent a short while taking it in.

The different designs of stained-glass windows at each of the three different ends of the chapel cast different colors on all the walls inside. 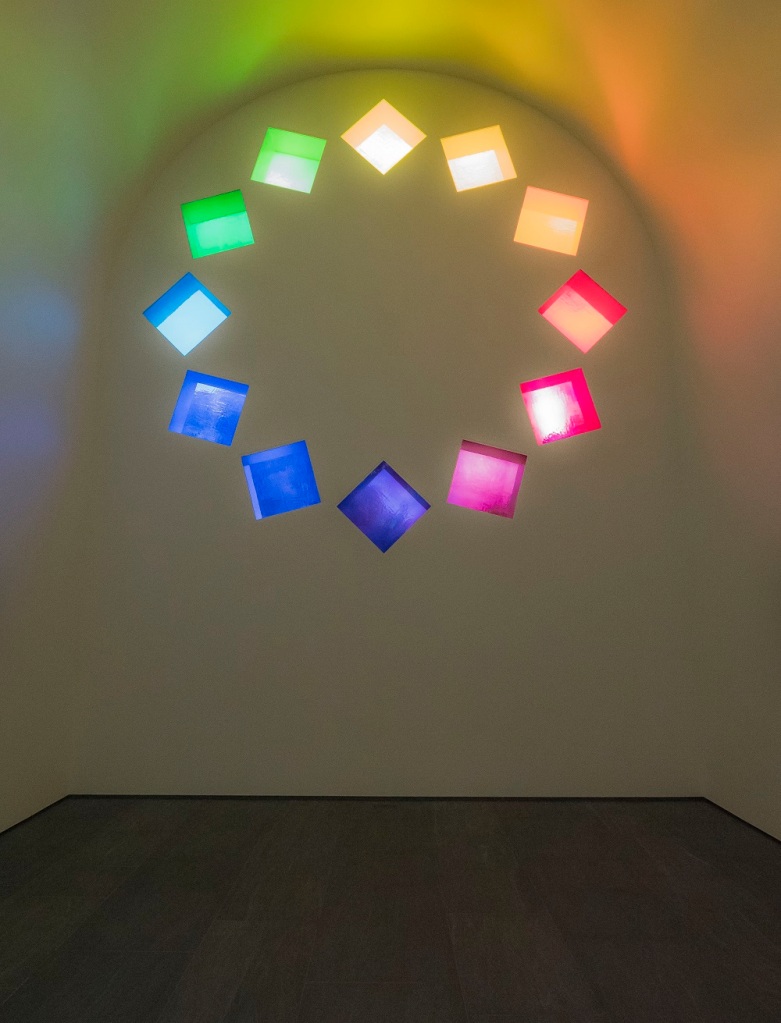 The Kelly pieces were beautiful, with each wing of the chapel showing off the art in a different way.

…and being just right for photographs. 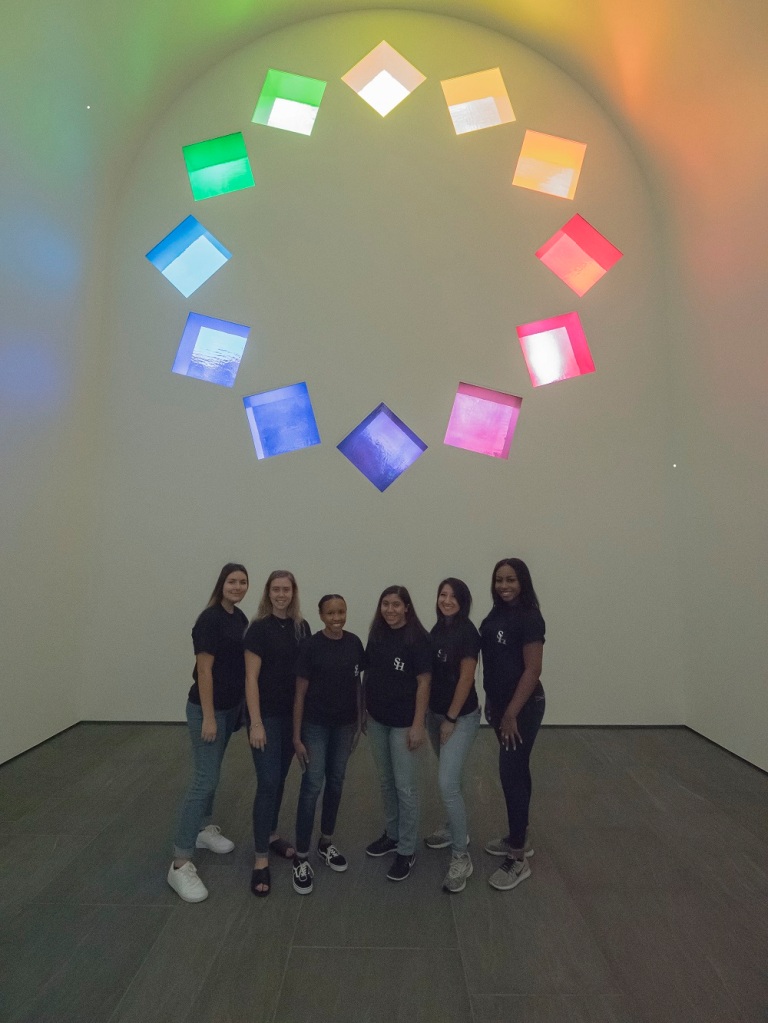 For many, this was our first time to the Blanton Museum, and for a couple it was our first trip to an art museum ever. We learned so much during this weekend, and were grateful for the opportunity to visit our state’s capital and learn and experience so many new things there. Until next time, Austin!