Once again, LEAP had the honor of attending a World Affairs Council event. Held at the United Way of Greater Houston building, on the day after International Holocaust Remembrance Day, we had a chance to listen to Consuls General Alexis Andres of France and Thomas H. Meister of Germany, as they discussed their respective country’s efforts to mitigate antisemitism and racism.

The evening started with an introduction by WAC’s CEO, Maryanne Maldonado.

After this, Randall Czarlinsky, Regional Director of the American Jewish Committee in Houston, spoke briefly about the events that took place in Austin on the 27th of January.

According to Czarlinsky, Governor Greg Abbott has stated intentions to create a commission to combat antisemitism, and to adopt an international definition of antisemitism. As we listened to the conversation that followed, it became clear to us why this was so important.

In a panel once again moderated by Ronan O’Malley, Consuls General Andres and Meister spoke at length of the history of antisemitism in their countries, and of what methods they believed were best to prevent it from occurring in the future. 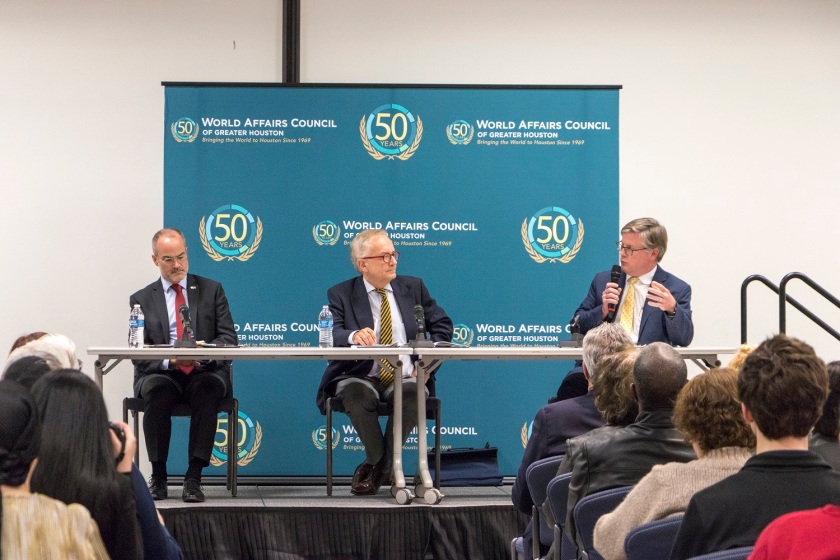 Apparently, reported incidents of antisemitism (whether a threat or an action) have spiked over the last several years. In the early 2000s, the number jumped from around 80 per year to 785. Because of this, and frequent massacres and attempted attacks of Jewish community and worship centers, action has become increasingly necessary. 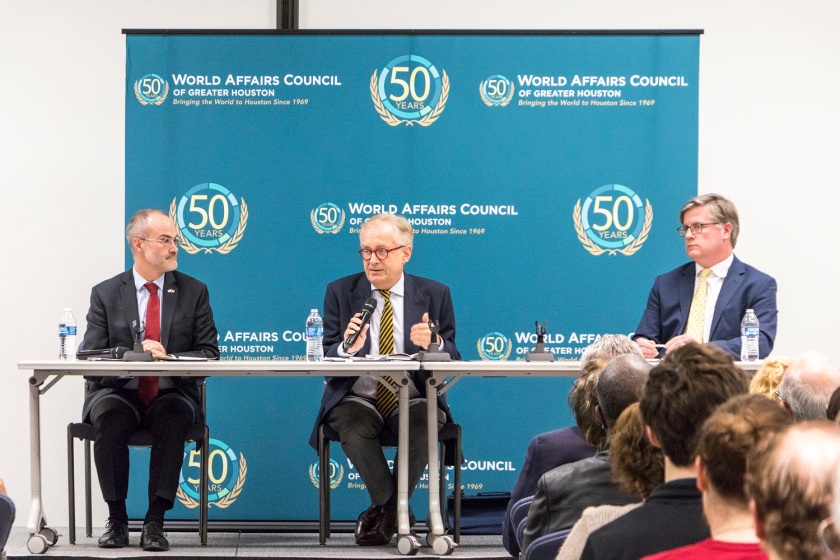 Efforts in both Germany and France have increased and adapted over the years. According to Mr. Andres, an act was passed in 1972 to make acts of racism and antisemitism illegal, and in 1990, an act was passed making Holocaust Denial a criminal violation.

One interesting point that came up was the difference in antisemitic sentiments between West and East Germany. Mr. Meister pointed out that, although West Germany was under Nazi rule and dictatorship for 12 years, East Germany and most of Eastern Europe remained under Soviet totalitarianism for 52 years, and thus has decades of intolerance to overcome.

Despite the seemingly unyielding rise of antisemitism in Europe, great strides have been made not only in France and Germany, but throughout the European Union, to mitigate and respond to antisemitism. Mr. Andres explained to us that the two most important tools to combat racism and antisemitism are education and adaptation. The first step is to educate people from birth about what antisemitism is, and why it is wrong. 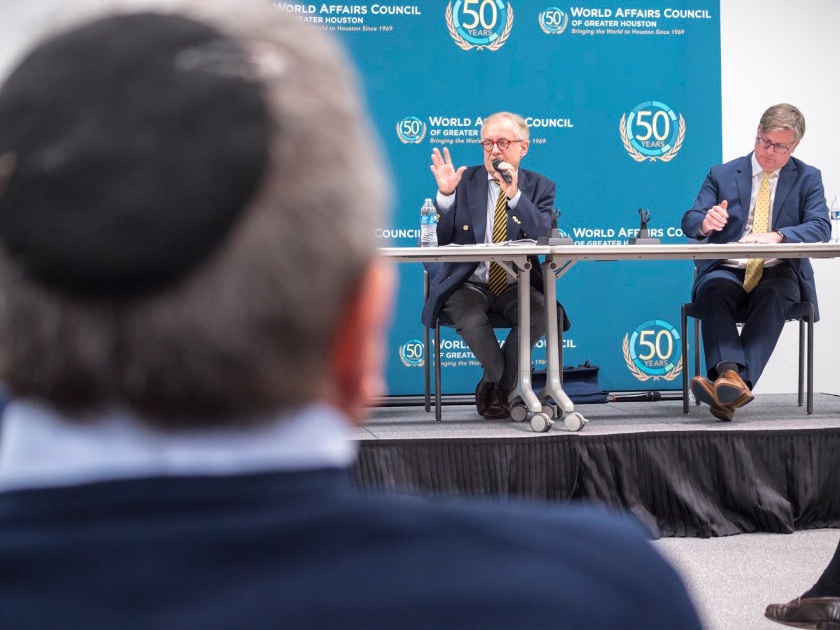 Then, it is necessary to adapt methods of mitigation to correspond with the technology available. Both France and Germany have a number of websites and contracts with third party monitors such as Facebook, dedicated to identifying, apprehending, and penalizing those who exhibit antisemitic behavior. In this regard, we were told that many European nations consider limits on free speech necessary for the sake of preventing antisemitism.

The evening wrapped up with some observations by Consul General Andres.

At present, he and Mr. Meister told us, police have to be stationed outside of synagogues, Jewish community centers, and schools in order to keep the peace and prevent hateful speech or violent acts. Mr. O’Malley asked when Jews in France and Germany might feel safe again. 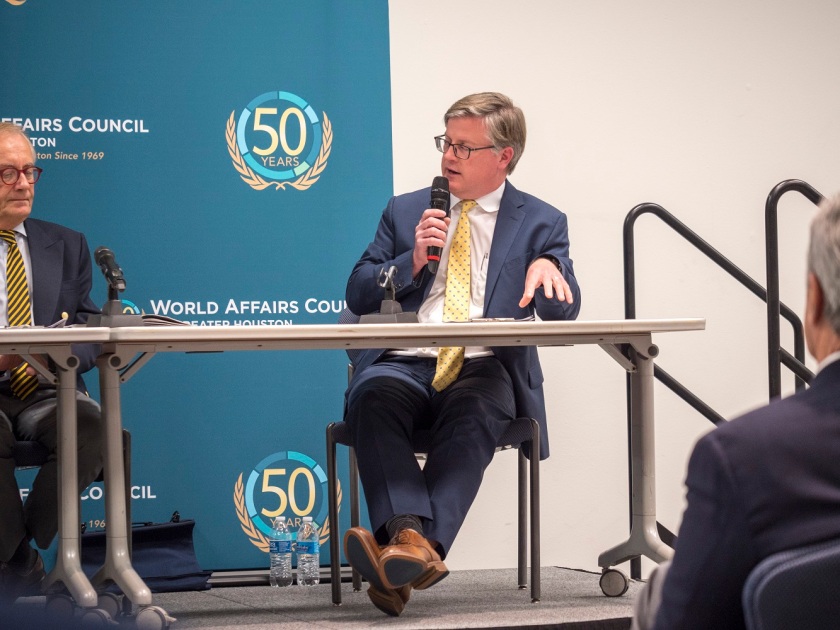 Mr. Andres responded by saying that the need for such protection implies that there still remains a risk to safety. He said that Jews will feel safe again not when they have the most protection, but when they no longer need protecting.

Although the subject was somber, we learned a lot, and were grateful to have a better understanding of the problems of antisemitism, and what is being done to address them. 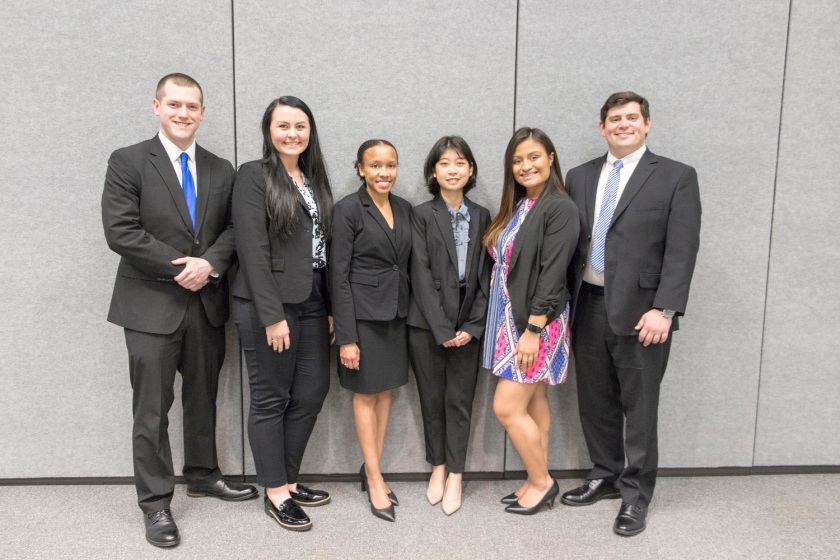 Dinner at Kenny and Ziggy’s

Sticking with the theme of the evening, we had dinner at Kenny and Ziggy’s, the renowned Jewish deli featuring New York style dishes. We enjoyed a variety of entrees, from East End style fish and chips to the grilled “Moshe Cristo,” we all got a delicious taste of New York. 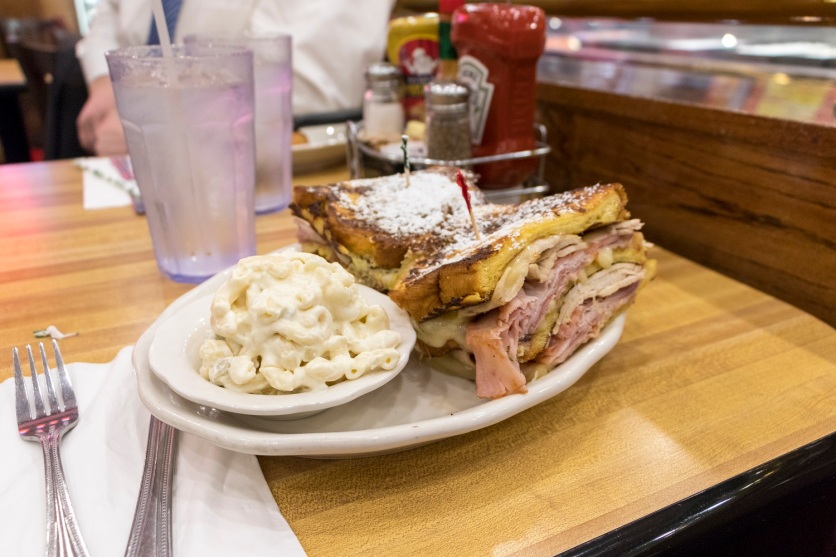 I enjoyed their knishes, which tasted just like the ones I ate when I was a child.  After dinner – and marveling at their vast collection of playbills and movie posters –

…we shared a black and white cookie, and then made our way back to Huntsville, closing out another informative and successful event.